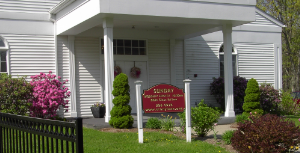 On Saturday and Sunday, September 19th and 20th, Stony Lane Baptist Church, 921 Old Baptist Road, North Kingstown, RI will celebrate 350 years of God’s faithfulness. All are welcome to join in our activities.

From noon on Saturday to 3:00 PM, an outdoor celebration begins with an historical narrative recounting the rich history of our church, founded by Roger Williams in 1665. An outdoor grill, covered dish food and refreshments will be served. Games, Christian music, and fellowship will continue through the afternoon.

Sunday at 10:00 AM, morning services will be outside under a tent, with a commemoration of the past 350 years, and a commencement for the future, with testimonies and music arrangements. After services, all are invited to enjoy a bring-your-own-picnic lunch on the grounds; bring your favorite food, drinks, games for a leisurely afternoon.

There is ample parking on site, restroom facilities, and no fees. Contact us for more details and updated information at www.stonylane.org. 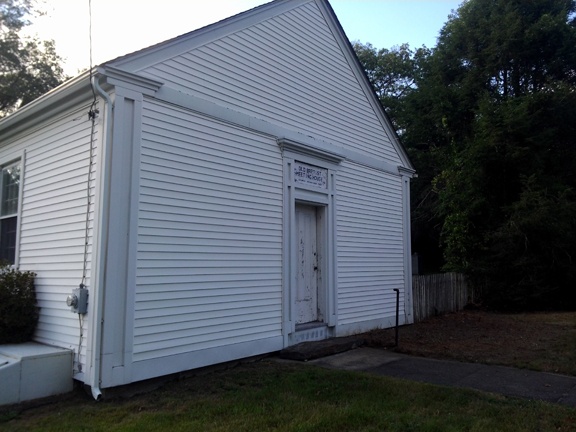 According to this document, “The Baptist body responsible for its construction, the Six Principle Baptist Church of North Kingstown, can be traced to about 1664. Roger Williams, credited with the siting and development of the present city of Providence and with its early religious activity, is believed to have had a close connection with the origins of this congregation.”

Williams established a nearby trading post at Cocumscussoc, now known locally as Smith’s Castle (National Register of Historic Places) and proselytized the community and native Indians alike. These settlers provided a core of believers beginning in 1664, without a pastor or building of their own. Later in 1666, the needs of this small group of Baptists induced Elder Thomas Baker of Newport to lead the congregation. They worshipped without a meeting house at Cocumscussoc until land became available.

The original building, the Old Meeting House still stands, built by 1710, with surrounding church yard and cemetery. It currently stands near the intersection of Stony Lane and Old Baptist Road. “The first mention of a building for the Six Principle Baptist group was in a deed of 1703. On August 12th of that year North Kingstown resident Alexander Huling conveyed to representatives of the church “for love and good will…half an acre of land to Make use of for building a meeting house for the worship and service of God.”

Historical records spanning into the nineteenth century indicates the congregation effected necessary repairs in 1788 and again by 1842. During the latter 19th century, the congregation diminished, to a point where there was no pastor and intermittent services were hosted by pastors from neighboring villages. A six week revival in Autumn 1886 was followed by occasional services well into the 1900s. 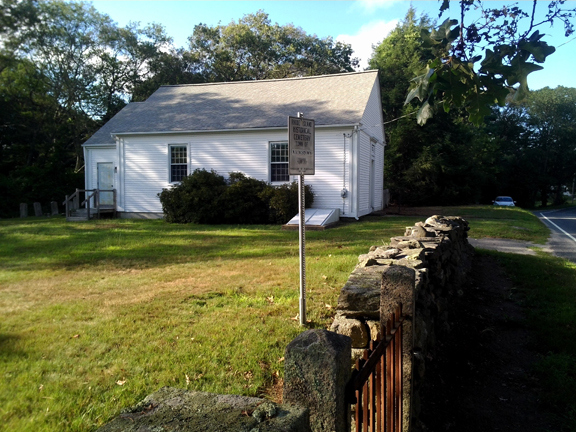 “Regularly scheduled services had ceased altogether by about 1915, and it was not until 1947 that an annual service was begun.” In 1958, after years of autumn annual meetings, a small core of local believers, some of whom attend today, were organized under Pierre Bonard and Earle Brown. Following their leadership, Pastor Ed Kirk filled the pulpit. As the congregation grew, the tiny meeting house could no longer support the increased occupancy, though a basement was installed in 1978. At Easter 1989, over a century since the great Autumn revival of ’86, Stony Lane erected and celebrated the completion of a new building on donated adjacent land. After decades of godly service and leadership, Pastor Kirk handed over the reins to Pastor John Wheeler on Memorial Day weekend 1995. Today, Stony Lane hosts a number of church ministries including small group studies, and supports missionaries in “Jerusalem, Judaea, and the uttermost parts of the world”.

Stony Lane congregation began on solid ground where no church previously existed, and despite years of plenty and blessing, also experienced periods of famine and want, and yet survives to this day serving North Kingstown, Rhode Island and the surrounding communities. Come join us in our celebration of God’s great faithfulness well over three centuries in calling his people, literally from the wilderness, into the glorious light of Jesus Christ!

One thought on “Stony Lane Celebrates 350 Years of God’s Faithfulness!”