Studies Show the Health Benefits of Frankincense and Myrrh

By Raw Michelle
(NaturalNews) Frankincense and myrrh have long been touted for their healing abilities and protective powers. For example, both have ties to Christianity, where they were gifts brought to Bethlehem by the Wise Men. They were also used across a variety of cultures in ancient times; in Egypt, frankincense was used as an eyeliner, thought to not only enhance beauty but bring about vision-protecting abilities. Greek physician Hippocrates wrote extensively about myrrh, and both frankincense and myrrh were heavily traded for thousands of years.

Today, the benefits of both continue to prove effective, including the ability to heal certain cancers.

Frankincense as a cancer fighter 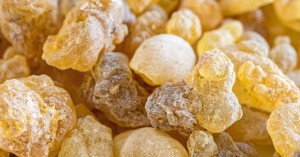 In fact, researchers from Leicester University say the gum resin frankincense contains a chemical compound that has the potential to kill cancer cells and that it may be a viable treatment of cancers such as breast, prostate, ovarian and colon. The particular compound is acetyl-11-keto-beta-boswellic acid (AKBA) and was studied at length by university experts and has been said to have the ability to fight off ovarian cancer cells even as they are in the last stage.

“After a year of studying the AKBA compound with ovarian cancer cell lines in vitro, we have been able to show it is effective at killing the cancer cells,” said Kamla Al-Salmani, a PhD student from the University’s Department of Cancer Studies and Molecular Medicine. “Frankincense is taken by many people with no known side-effects.” Even more promising is their finding that the Frankincense compound is effective even among cancer cells that have been resistant to chemotherapy, something which Dr. Mark Evans, Kamla’s PhD Supervisor and University lecturer, says “may indeed be able to help overcome drug resistance, and lead to an improved survival rate for patients with late-stage ovarian cancer.”

Myrhh, frankincense and other combinations can help with healing

Myrrh, too, has been found to be effective for improving health. Used as an essential oil, it’s been shown to have the ability to heal skin conditions such as athlete’s foot and eczema, aid in wound healing, strengthen gums and ease respiratory problems. More notably, a study published in the Journal of Food Safety, Nutrition and Public Health found that myrrh had cholesterol-reducing abilities.

A combination of frankincense and myrrh is also helpful for health; the National Association for Holistic Aromatherapy suggests that along with cardamom and cinnamon, the two can stave off stomach aches, fight bad breath, loosen phlegm and provide toothache relief.

Another combination involves that of myrrh and turmeric, which was discovered to have a protective, cell-detoxifying effect that reduced lead toxicity. That particular study was published in the journal Basic & Clinical Pharmacology & Toxicology and conducted by researchers at Alexandria University Research Development in Egypt.

While the benefits of frankincense and myrrh are plenty, it should be noted that their oils (all essential oils) are potent, and as such, careful consideration to diluting for ingestion and applying topically should be given. Ideally, only therapeutic-grade essential oils should be used, and discussion with a naturopath prior to use can help ensure utmost safety.

Using such oils in a diffuser is a common way to reap the benefits of such oils safely.