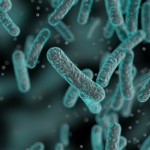 (WNS)–Tiny biological motors that give bacteria the power to swim possess a complexity that baffles scientists and undercuts Darwin’s theory of evolution. A recent study in Scientific Reports claims the existence of the motors shows evolution produces inevitable and creative ideas, terminology that sounds more like the work of God than of natural selection.

“Natural selection is supposed to be blind, random, and uncaring, but not here,” Discovery Institute experts wrote on the organization’s blog.

Each of the proteins involved in the bacterial motor’s function is essential. The motors could not have worked before all the right accidental mutations required by natural selection took place, but with no survival benefit, natural selection would not choose them.

Charles Darwin himself admitted that the discovery of such irreducible complexity would destroy his assumptions. “If it could be demonstrated that any complex organ existed which could not possibly have been formed by numerous, successive, slight modifications, my theory would absolutely break down,” he wrote in On the Origin of Species.

Nevertheless, the researchers said a biological “quantum leap” spurred the evolution of bacterial motors. Lead researcher Morgan Beeby likened the quantum leap to what would happen if the necks of giraffes suddenly increased in length because a giraffe gave birth to offspring with necks a meter longer, rather than because an extended series of random mutations over many years favored longer-necked giraffes.

“Evolution at the molecular scale is much more radical,” Beeby said. He described evolution as a creative process that “is constantly churning out new molecular ideas.”

Discovery Institute experts pointed out the inconsistencies between Beeby’s theory and Darwin’s: “Whatever ‘evolution’ Beeby is talking about is surely not Darwin’s variety, or that of neo-Darwinians, either. He has essentially proposed miracles by another name.”