The state of Tennessee has a thing or two to say about President Barack Obama’s refugee resettlement program – and we can bet he’s not going to like them. 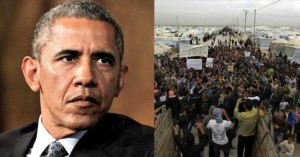 Noris, who co-sponsored the resolution, said the assembly clearly understood the importance of public safety and state sovereignty. “The Syrian surge heightens our sense of urgency to get this properly before the courts, and we urge the attorney general to act without delay,” he said.

Tennessee withdrew from the Obama resettlement program in 2008 and will become the first state to sue the federal government over its continued operation of the program within the state’s boundaries.

It remains unknown whether Gov. Bill Haslam, who has expressed reservations about the resolution, will support it. His support is not required by Tennessee law for the lawsuit to go forward, however.

Tennessee is one of 12 states that have withdrawn from the controversial program. Gov. Robert Bentley announced in January that Alabama would sue the government as well.

The resolution was well timed, as Obama has recently announced it would reduce the vetting time for Syrian refugees from two years to three months. The change comes as the administration attempts to meet its goal of bringing in 10,000 refugees by September.

It’s not surprising to see states moving in this direction. The threat associated with refugees and the uncontrolled expansion of the federal government are real.

Obama insists that refugees coming from Syria are harmless but he cannot deny the possibility of some of them having links to radical Islamic terror organizations — and Tennessee is just one of many states that knows it.