“The Disturber of Hobbits…” 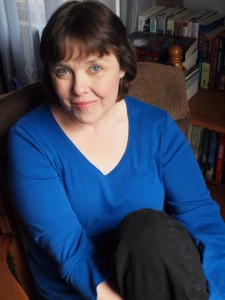 What does it mean to be a Christian writer? Well to be truthful, I’m not sure, or at least I wasn’t sure until this past week. I can tell you that when I finish an article for my editor, I’m often confused about what made it to the screen in front of me and how. In fact I’ve probably written a time or two about what little writing background I actually have, short of being a Conservative political junkie who cares deeply about the direction of his son’s country, and who has been lucky enough to have a few opinion pieces printed for the public consumption over the years.

My wife usually just smiles and giggles when I’m searching for the rhyme or reason to it all, as she seems to know exactly what’s happening to me when I sit down at my laptop to write for “The Good News Today”. She understands the difference between the two disciplines of politics and faith, but also how my efforts for the GNT appear to be more for my own betterment than even I can realize. Nevertheless, I’m sure I’m not a “Christian writer” per se, so much as one humble delivery driver for the kind of faith message/mission/package the GNT is promoting. And “He” is using any and all talent to that end, which He has granted me for His glory first and foremost.

Thus I can never fully explain what I write for the paper, but reap much more in terms of the spiritual benefit from the entire experience. So be it. But I can say this because while I’ve interviewed many folks for the GNT to date, I haven’t yet spoken with a real “Christian writer”, someone whose known their whole life that they would be inspired by and write for the Lord. By way of my latest assignment however, that was about to change…

Lori Stanley Roeleveld is a huge fan of the movie series, “Lord of the Rings”. When I sat down to speak with this 53 year-old married mother of two college grads recently, she told me of her “tag line” if you will, that which her editors and promoters told the aspiring writer she would need, came from the Hobbit movie. She described herself as Frodo, one of the lead characters, who acts because he understands “we live in times that call for believers to be brave, and to take action”. For her part, Lori understands that to face the myriad of challenges now before all human kind, “we may very well have to set comfort aside out of love for Jesus and for those Jesus loves”. “And for those he loves” would be the operative words in that quote, as Lori had hoped since her childhood that her words would make a difference in the lives of those who read them.

Lori told me of the moment she came to the Lord as a small child of three or four. Watching a Billy Graham special on TV, she heard the famous “alter call” and marched straight toward the TV never looking back. So dedicated was Lori, that her pastor at First Baptist in Hope Valley Rhode Island, finally relented and allowed her to be baptized at just 11 years old, a year earlier than normally allowed. While not an introvert by any stretch, the quiet 14 year-old Lori did spend a great deal of time writing poetry and reading her Bible. In fact, she even had some of her early work published when she was just a teenager. You see, from a very early age, Lori loved to read and write so much that she was tackling college level material before even getting to Junior high school. Though driven in her youth, and sure of her desire to be a writer, Lori would still face the perceived “glass ceiling”, but this time put in place by the very people charged with promoting her talents to their fullest extent. Her own guidance counselor told Lori: “I’m sorry young lady, but little girls from Hope Valley don’t grow up to write books“. Thankfully, Lori Stanley pretty much brushed that aside and moved on. 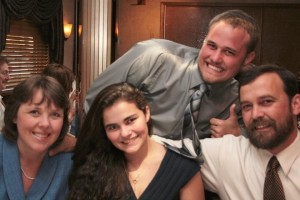 Inevitably however, life had its own plans for Lori. Struggling through her middle years, vying for the attention of her firefighter dad, who saw life only through the eyes of a steadfast first responder, Lori eventually made her way to the Barrington Bible College and on to raise a family. She married Rob Roeleveld and became mother to Zack and Hannah who she homeschooled to their successful higher education. It’s been 27 years and while Lori is mindful of her many struggles with family illness and pain, I can see a glow in her eyes that tells me she wouldn’t have had it any other way.

Working only part time in service to her fellow man, raising her family in a Christian manner as a stay at home mom was clearly a monumental life’s achievement for Lori, and her pride is self evident. Through those years, Lori did grapple with the timing of her love for writing, and when it would or should come to fruition. All the while she’d been writing manuscripts and short publications, contemplating the timeline for her lifelong dream, and possibly how even modern media in the form of blogging and the like might augment her literary efforts. Lori prayed and asked God for wisdom and guidance, and wouldn’t ya know it, He provided.

Having had numerous articles make it into the local secular newspapers, internet blogging seemed the next logical step in terms of exposure and extension of her mission. Ever cautious to ensure her work was right in His eyes, Lori hesitated, but eventually started the blog that would further her desires to have her writing touch the lives of those in need of direction.

From the start in 2009, Lori’s words were going places she could never have imagined. She told me of how a blog post she’d written about ever-present evil in the hearts of some touched a young mother in Colorado. She explained that the women wrote to her and was in awe of Lori’s writing, feeling her own efforts at blogging paled in comparison. Lori quickly sent back words of encouragement born of her own desire and experience, telling the women to stay the course and never to give up, to keep writing no matter what. Well that same mother took her daughter to a theater one evening not long after in Aurora Colorado and they survived one of the most horrific mass shootings in recent memory. The woman went on to write one of the more definitive blogs on the tragedy that went viral almost immediately. It was clear to me that stories like these continued to move Lori to her own adventure.

Accordingly, and while attending the “Blue Ridge Mountain Writers Conference” in 2011, Lori received a call from daughter Hannah telling her she’d just graduated earlier than expected from her home school curriculum and was ready for college. That very night, a very happy and proud Lori also won top honors at the conference banquet. She was on her way. The message was getting louder.

Along the way, Lori would garner the backing of some pretty big names in the Christian writing business. Folks like James L. Rubart, bestselling author of “Rooms”, and Jerry B. Jenkins of “Left Behind” fame were quick to recognize the captivating words of a woman destined to touch the lives of others for the better. Lori told me of how she’d emailed Jenkins on a Sunday evening at 7:00 PM and didn’t even expect an answer back, never mind an endorsement of the manuscript that would become her book, “Running from a Crazy Man” (and other adventures traveling with Jesus). By 10:15 PM that very same evening she had both from the legend known for not endorsing books.

Lori told me the book itself came out of the blue and seemed naturally just to be the next step. It’s more of collection of her work to date she told me and speaks to David and Saul in that just when you think you have it all figured out, you can find yourself “running from a crazy man”. I asked her to tell me more and she said: “I want to help people find the strength to go forward even when things look and feel like Jesus isn’t working in their lives, because that’s when he really is“. She added, “Jesus didn’t come to make our dreams come true necessarily, but rather to help us dream better dreams”. Wow! That’s the difference between a real writer and me…

Mind you I’ve already started reading a copy of her book which she was kind enough to give me, and I would tell you Jerry Jenkins is right when he writes, “You’ll find yourself saying, All right, just one more page. And one more….”.

Life is scary to be sure, and present circumstances do in fact dictate we must be strong. To quote from Lori’s book, “Now you’re gasping beside the narrow road. You thought you were on the God adventure but suddenly it feels as if all you’re doing is running from a crazy man. Still, you seek the strength to continue the journey.” These are surely difficult times and many of us face challenges which appear daunting to say the least. But these are the times for Christ, are they not? These are times when prayer must be at its strongest and faith steadfast. With that said, this “Disturber of Hobbits” offers words not necessarily of encouragement, but rather of hope in knowing God is with us in all manner, place, and time. He has our back and is guiding us in all things if we’ll let him. “Running from a Crazy Man” offers real life application and practical suggestions for the believer who understands that struggle, but may need some clarity to help sort out the solutions.

Lori Stanley Roeleveld loves her front porch swing and has long since reconciled her father’s dedication to duty and welcomed his adoring admiration for the realization of her dream of being the, “little girl from Hope Valley who writes books”. Jesus Lover and sometimes dragon slayer, her intention to “make comfortable Christians late for dinner” is at the center of Lori’s passion to make ready the disciples for the mission, to follow Him into the great adventure, an adventure which has always been human kinds last best hope. Consequently and as I look around today, I’m inclined to continue reading Lori’s book, and quickly…

I must admit, putting words to paper that you know will be read primarily through a Christian lens is no easy thing. And sometimes I’m a bit taken back to notice my hands are shaking, or a tear hits the keyboard. I guess it’s because I’m never really sure I’m worthy to speak to such things. Yet I am compelled to continue and the Lord apparently takes the wheel every time. Lori did give me some of her “suggestions” by way of chapter and verse however. And I hope it does you all some good if needed to push forward. Happy New Year folks, and don’t “draw back”…

Lori will be hosting a book launching on January 10th from 2PM until 4PM at Camp Canonicus in Exeter. There will be give-a-ways, food and music. It’s a beautiful campground and would make for a great opportunity to meet this “Christian Writer” and pick up her new book.