The Evangelical Church Is Helping To Create Another Nation Of Slaves 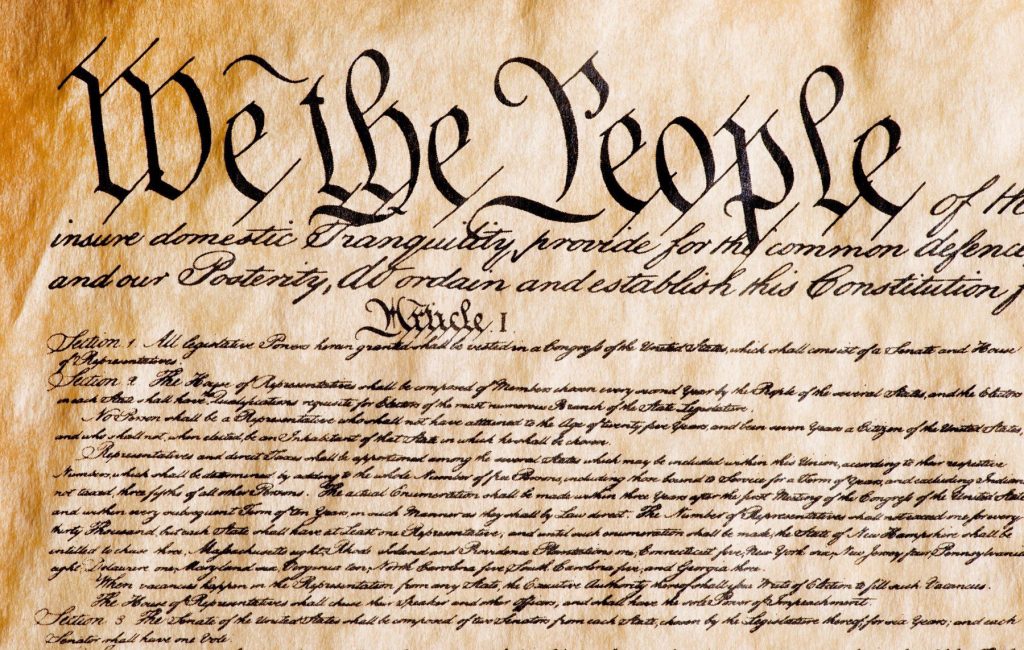 The story is told that soon after the adoption of our U.S. Constitution, a lady approached Benjamin Franklin and asked him, “Sir, what kind of government have you given us?” His reply: “A republic, Madam, if you can keep it.”

Our founders had lived through the tyranny of a monarchy and had fought a long and bloody war for independence. Their foremost desire was to create a form of civil government that would protect the Natural liberties that they had fought so hard to procure. That form of government needed to have multiple layers of Liberty protections built into it. That form of government was a constitutional republic – “a nation of laws, not men.” (John Adams)

Nothing made by man can ever be perfect, but the combined Declaration of Independence, U.S. Constitution and Bill of Rights form the most perfect set of founding civil documents in human history.

But as our founders repeatedly warned, the protections of Liberty built into our constitutional republic depended on the honesty, integrity, commitment and courage of the citizenry to endure “the fatigue of supporting it [freedom].” (Thomas Paine)

Hence, Franklin’s warning: “If you can keep it.”

Today’s Marxists would have us believe that the United States invented slavery and was the worst practitioner of it. That is pure propaganda. Slavery is as old as mankind’s earliest recorded manuscripts.

Along with the inhabitants of two ancient cities, Abram’s nephew, Lot, was taken into slavery. And he would doubtless have remained a slave had Abram not taken his armed private militia and rescued Lot and the rest of those victims – an act that was personally blessed by an Old Testament appearance of Jesus Christ, by the way. (Genesis 14)

Joseph was sold into slavery by his own brothers. The children of Israel were taken into slavery by the Egyptians. Empires throughout the pre-Christian era bought and sold slaves at will.

The Phoenicians, Chaldeans, Assyrians, Babylonians, Canaanites, Moabites, Philistines, Greeks, Romans, Asians, Africans, Vikings and the British Empire ALL practiced slavery—and the victims of this great evil were men and women of ALL races. In fact, slavery was rarely about race; it was almost always about power, wealth and war.

At one point, the city of Athens had 20,000 freemen and 400,000 slaves. By the end of the 1st century B.C. (at the beginning of the Roman Empire), about 40% of Italy’s population were slaves. During the peak of the Roman Empire, 25% of the population of the city of Rome were slaves. A rich man in Rome would typically own at least 500 slaves. The Roman emperor typically owned over 25,000 slaves.

The British Empire bought and sold slaves all over the world. It was not the American colonists that instituted slavery here; it was Great Britain. And don’t forget: The Indians that lived in North America practiced slavery a long time before the first white man ever showed up.

From the earliest days of Colonial America, slavery was opposed by the colonists. But the British global economy depended on the slave trade. Never forget: The British colonies in America (and everywhere else) were subjected to the brute power and will of England.

Blaming the American colonists for slavery is tantamount to future historians blaming each of us for these unconstitutional and barbaric wars of aggression all over the Middle East—wars that have killed millions of innocent people. There are millions of American citizens (including me) and soldiers (including thousands who have actually fought in these wars) who despise and loathe these wars. But these ghastly wars are fought in our name nonetheless.

In the Old South, less than 1% owned slaves. Both Thomas J. “Stonewall” Jackson and Robert E. Lee emphatically supported the abolition of slavery. In fact, Lee called slavery “a moral and political evil.” He also said “the best men in the South” opposed it and welcomed its demise. Jackson said he wished to see “the shackles struck from every slave.”

And I will remind you that not a single slave ship flew the Stars and Bars; they flew the Union Jack. I will also remind you that black southerners fought side by side with white southerners in the War of Northern Aggression. (In the North, blacks were conscripted and fought in segregated units.)

To think that Lee and Jackson (and the vast majority of Confederate soldiers) would fight and die to preserve an institution they considered evil and abhorrent—and that they were already working to dismantle—is the height of absurdity. It is equally repugnant to impugn and denigrate the memory of these remarkable Christian gentlemen.

Likewise, to think that Washington and Jefferson and the rest of America’s founders were trying to institutionalize slavery is the height of historical revisionism. No! They were trying to END slavery.

The U.S. Constitution in Article. I. Section. 9. Clause. 1. ended the slave trade in America in 1808. Thomas Jefferson was the president who signed the bill into law doing just that. Lincoln’s War against the South didn’t emancipate a single slave. But the results of his unconscionable war planted the seeds of tyranny and oppression that are still growing today.

It was the principles enshrined in our Declaration of Independence that laid the foundation for the dismantlement of slavery not only in North America but also throughout the Western World.

Of course, in communist countries, Marxist countries and nations with tribal monarchies, slavery is still practiced today. Where are the protests against these countries?

True Christianity is the most powerful force for Liberty in human history. The teachings of Christ and the New Testament emancipate the poor, the prisoner, the weak, the infirmed, the downtrodden, the woman and the slave.

We are all equal at the Cross; and we are all one in Christ.

We who have been fortunate enough to be born in this country or to become lawful citizens of this country from foreign lands have both the blessing of living in a free country and the responsibility of keeping this country free for our children.

We are hearing evangelical pastors, preachers and Christians all over this country twist the Scripture and say to their fellow believers:

The Rapture theory is predicated upon C. I. Scofield’s (1843 – 1921) Israel-based prophecy doctrines. It interprets Daniel’s 70-Week prophecy to be in two sections: the first 69 weeks or 483 years, which ran consecutively and concluded with the crucifixion of Christ, and the second section (separated from the first section by thousands of years) consisting of a 7-year “tribulation” (primarily focused on the modern State of Israel) preceding the Second Coming of Christ.

But you needed a false teacher such as Scofield to tell you there was a gap of thousands of years between Daniel’s 69th and 70th weeks. You would have never come to that conclusion by reading the Scriptures alone.

The last 7 years of Daniel’s prophecy are not future—there are no thousands-of-years gap between the 69th and 70th weeks. That is a Zionist concoction to deceive millions of Christians into supporting the advent of the communist/atheist State of Israel in 1948.

The final “week” (7 years) naturally followed the first 69 “weeks” (483 years), concluding with the conversion of the Gentile Cornelius, which ended the Jewish Church and made all people—Jews and Gentiles—one in the Body of Christ.

1 Thessalonians 4:15 – 17 speaks of Christ’s Second Coming. Not a pre-Second Coming “Rapture.” If Daniel’s 70 weeks are already fulfilled—and they are—then there cannot be a 7-year, Israel-based “tribulation,” and, hence, no “tribulation”- based “Rapture.”

Obviously, IF God’s sovereign will is that we face martyrdom; we must and will endure it. That is, IF we are truly saved and indwelled by the Holy Spirit of God.

However, there are innumerable professing Christians today who are unwilling to simply buck the tide of political correctness that openly attacks our liberties. They are not willing to make the smallest sacrifices to resist what are obvious attacks against our liberties by a beastly antichrist system. Do you really think that these same “Christians” are going to be willing to face martyrdom for Christ? I don’t think so.

The doctrines of Christian Zionism that would have us sit around and wait for an Israel-based “Rapture,” all the while going along with the Machiavellian machinations of would-be tyrants, are, to put it mildly, NOT of God.

Furthermore, the idea of free men in a free country with a 200-year heritage of constitutional protection of Liberty sitting around and preparing for martyrdom is, by itself, ludicrous. No! It’s more than that: It is senseless, scurrilous, sinful and shameful.

As far as I am concerned, the evangelicals who refuse to speak out against the phony COVID-1984 narrative, including the Fauci/Gates/CDC fearmongering, mandatory face masks, social distancing, lockdowns, etc., are enemies of freedom and need to be identified as such.

By the way, this column is predicated upon the message that I delivered to the people of Liberty Fellowship (local and global) last Sunday. In that message, I explain I Corinthians 7:20 – 24, which include these statements:

But if thou mayest be made free, use it rather. 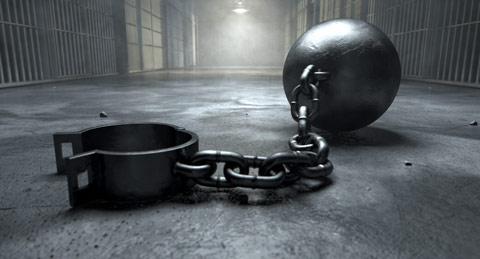 Ye are bought with a price; be not ye the servants of men.

Some of Matthew Henry’s comments on this passage are:

He must not be so the servant of men but that Christ’s will must be obeyed, and regarded, more than his master’s. He [Christ] has paid a much dearer price for him, and has a much fuller property in him. He [Christ] is to be served and obeyed without limitation or reserve. The servants of Christ should be at the absolute command of no other master besides himself [Christ], should serve no man, any further than is consistent with their duty to him. No man can serve two masters.

Some understand this passage of persons being bought out of slavery by the bounty and charity of fellow-Christians; and read the passage thus, Have you been redeemed out of slavery with a price? Do not again become enslaved; just as before he had advised that, if in slavery they had any prospect of being made free, they should choose it rather.

Our freedom in America was bought by the “blood and toil” (J. Adams) of our Christian forebears. Predicated upon thousands of years of God’s Natural Laws from His Adamic and Noahic covenants to the principles of Liberty given to Abraham and to the children of Israel, not once, but over and over again, to the Liberty principles taught by Christ and the apostles in opposition to the bondage of the Pharisees and an oppressive and brutal Judaic State, America’s Christian forebears purchased our Natural Liberty.

Hear Paul again (paraphrased): “Have you been redeemed out of slavery with a price? Do not again become enslaved.”

Stand fast therefore in the liberty wherewith Christ hath made us free, and be not entangled again with the yoke of bondage. (Galatians 5:1)

Ye have been called unto liberty. (Galatians 5:13)

If the Church would stop listening to the lies and deceit of these Christian Zionist false teachers and would get over their preoccupation with false Israel-based prophecies—including comparing Donald Trump to King Cyrus—and understand that Biblical Jerusalem was destroyed 2,000 years ago and start fighting for the Natural liberties bequeathed to us by our courageous forebears, we could do what Benjamin Franklin challenged us to do: keep this free constitutional republic.

As it is, the evangelical Church is helping to create another nation of slaves.