On Saturday, October 4, 2014, 7:00 PM at the Park Theater in Cranston RI, you can witness one of the legends of gospel music as she raises the roof and all in attendance to benefit the Sarah Gamble Foundation.

Twinkie Clark is a musical genius. She is a gifted vocalist, musician, songwriter, evangelist and actress.  She has been the creative force behind shaping the vibrant sound that has become the Clark Sisters hallmark.   She is the undisputed “Queen of the B3 Hammond organ.” 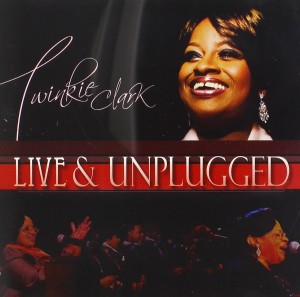 Twinkie Clark has written and performed several successful songs including, “Power“, “You Brought The Sunshine“, “Balm In Gilead“, “I Tried Him And I Know Him“, “Something New“, “Is My Living in Vain” “Awesome“, “Bless You Real Good“, ” Everything You Need is Right Here“,” God’s Got A Blessing“, ” Awesome God”, and ” I Can Do All Things Through Christ” just to name a few.

The Sarah L. Gamble Foundation will present Twinkie Clark on Saturday, October 4, 2014 at 7:00 pm. Tickets are $25, $35, and $50 (VIP) There are several ways to buy tickets: Visit the Park Theater Box Office, Order via phone, or purchase online.