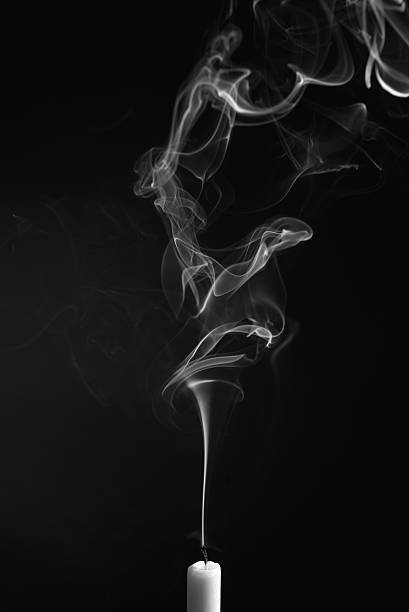 Sitting there in the dark with my eyes closed I suddenly saw a single candle burning in a room. As I watched, the candle flame flickered, grew dim and went out.

One morning very early I woke up and was unable to get back to sleep. Rather than lay there and fight for more sleep and disturb my wife, I got up and sat down in my recliner in hopes of just a little more sleep.

Sitting there in the dark with my eyes closed I suddenly saw a single candle burning in a room. As I watched, the candle flame flickered, grew dim and went out. Then a set of double doors closed, sealing the room where the candle was.

Wondering what this meant, I prayed and asked the Lord about the meaning of the candle going out and the room being sealed. It was several days before its meaning was revealed. There are two meanings, one will be shared here, the other does not apply to those reading here.  I shared the vision with my wife to see what the Lord would reveal to her. The Lord revealed one part of the meaning to her and said she did not need to know the other part because I had been given understanding and instruction and would share with her what you are about to read. Before you begin, make no mistake, this is not about or for unbelievers or pagans, this is about and for those who call themselves by the Name of the Lord.

The candle. In years long gone by, this country the Republic of the United States of America, was a great nation. It was a great light for all the nations to see and emulate, an example for others to follow. Many fought and willingly gave their lives to make this country great and to keep it free. It was a nation where all stood up for what was right and true, a nation where the poor were taken care of by providing work for them to earn their daily bread. Widows and those who could not help themselves were helped and provided for. It was a country where families mattered, children respected their parents, there were morals that were good, there was respect for the law because that law was based on what is written in the scriptures. There was enough for the needs of all so that no one went without. It was a country where those who chose to do so gathered freely to worship the Lord whenever they wanted or felt led to do so.

Alas, as the years passed, morals declined and immorality began to reign, respect for parents and for the law waned, greed took over so that generosity and giving, helping those less fortunate became a thing of the past so that many went hungry and without shelter. Too many became comfortable in their houses instead of going out and standing up for truth and righteousness, too comfortable to attend their various fellowship meetings. These fellowship meetings slowly turned to social gatherings where the latest gossip was exchanged, gatherings that started selling things to maintain the pastors way of life, meetings where the so called pastor used the pulpit to express political views instead of talking about the Lord. They tailored their lectures to pull on the heartstrings of the people to get them to put more money into the collection plates for their building fund or some other purpose. They’d do anything but lead the Lords people in worship of the Messiah. This is not the role that was planned for pastors.

This has happened because men have shirked their responsibilities as men, as leaders, as heads of households and let women step into their role. This is nothing but sin. As its written: Whoever knows what is right but doesn’t do it is sinning. James 4:17

Nowhere is it written in the scriptures to build buildings, King David was told no when he made plans to build a temple.

Moses was told to instruct the people to talk about the Lord as they walked down the road, as they sat down to eat, as they lay down to sleep, in short, throughout their day. Unfortunately, in most cases the Lord is talked about only when people go to their various meetings once or twice a week. Nowhere in scripture is it written that one man is to teach the people, the opposite is written: “no longer will they teach their neighbor or say to one another ‘know the Lord’ because they will all know me.”

This once great nation was built by people who were brave enough to resist tyranny, to stand up for what is right, who resisted the unrighteous and their ways of ruling, but it has become a nation of cowards who are afraid to stand up for what is right and resist unrighteousness. They think “well I am ok, it does not affect me, someone else will do something” and the like. The result is now a tyrannical government that is out of control, justice is given to the highest bidder and those who make the most noise while the Lords people are silently sitting in front of their televisions more concerned with sports than with obedience to the Lord.

This once great nation has become a nation of cowards and those too lazy to go out and make a difference in what is going on around them. They have become complacent in their beliefs, warnings are ignored and eyes are shut to the dangers that surround them.

Enough says the Lord, I have had enough of their false worship, their idolatry, their liberal views and their silence. By your silence you show agreement to what is happening today in and to the church. 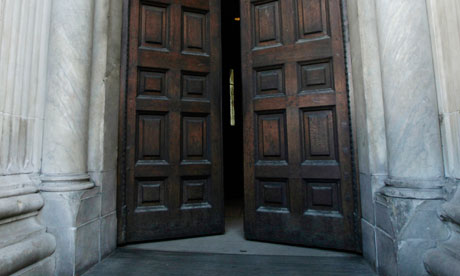 Too many think that those commands are for pastors, for missionaries, for special people, for “anyone but me.” Not true. The command to go is for everyone. Remember it is written, “obedience is better than sacrifice.”

Now hear this. All this is happening because the time left is very short and Satan is making an all out last ditch effort to destroy the true Church through the spirit of Jezebel. It is her voice that is heard from the pulpit, not the voice of Yahweh. Her teachings are false, yet so very few act like the Bereans and check the scriptures to verify if what is said is true or false. The true Church has become complacent, lazy and has gone to sleep with no thought of what is coming or what their responsibilities are, and it seems they do not care.

“If my people, which are called by my name, shall humble themselves, and pray, and seek my face, and turn from their wicked ways; then will I hear from heaven, and will forgive their sin, and will heal their land.” 2 Chronicles 7:14