This Is What Social Media Is Doing To Us… 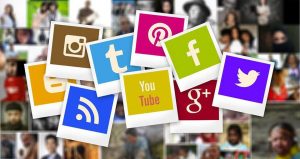 Scientific study after scientific study is showing that too much time on social media can be extremely harmful both mentally and physically.  But even though most of us know this, very few of us actually alter our behavior in a meaningful way.

When Facebook, Twitter, YouTube, Instagram and other major social media platforms first emerged, we welcomed them with open arms.  They were a lot of fun and they allowed us to interact with family, friends and society as a whole in ways that we had never been able to do before.  But they were also extremely addictive, and they rapidly became transformed into dumping grounds for just about everything toxic, negative and malevolent that you can possibly imagine.  Today, many of us spend far more time on social media than we do with real people, and as you will see below, that has enormous implications for our future.

A growing body of scientific research clearly indicates that spending too much time on social media can be very bad for us.  For example, just consider what a long-term study that was conducted by Gallup over a period of two years ultimately concluded…

Holly Shakya, assistant professor at UC San Diego, and Yale professor Nicholas Christakis spent two years following 5,208 adults who are part of a Gallup long-term study. After asking permission, they monitored these subjects’ Facebook use directly from Facebook, rather than asking subjects to report their own use. (People often don’t realize how much time they spend on the social network.) And they checked in with subjects on their emotional and physical well-being, as well as their body-mass index (BMI), three times over the course of two years.

“Overall, our results showed that, while real-world social networks were positively associated with overall well-being, the use of Facebook was negatively associated with overall well-being,” the researchers wrote in a Harvard Business Review article. “These results were particularly strong for mental health; most measures of Facebook use in one year predicted a decrease in mental health in a later year.”

That doesn’t sound good at all.

If you knew that something was going to consistently degrade both your mental and physical well-being, would you engage in that activity every single day?

And yet most of us simply cannot go 24 hours without checking our social media accounts.

One way that social media is affecting our mental health is that it is making all of us a whole lot more impatient.  Just check out what a survey of 2,000 British adults found…

Patience is a virtue, but it’s becoming an exceedingly rare quality in modern society. According to a new survey of 2,000 British adults, all of the luxuries of modern life have made most people incredibly impatient — across pretty much every aspect of their lives. Three quarters of those surveyed said they believe the dominance of digital technology, such as smartphones and on-demand TVs, are to blame for this ever growing lack of patience.

When I read those paragraphs, I found myself nodding my head in agreement. These days, I have a hard time waiting for anything, and I always feel like I am in a hurry. Can you identify with that? I have a feeling that many of you can.

Do we really want our young people to be bundles of nerves?  Anxiety continues to be a growing problem in our society, and it appears that social media is playing a major role.

In addition, yet another study that was conducted not too long ago discovered a direct link between social media use and increased levels of depression and loneliness…

A new study concludes that there is in fact a causal link between the use of social media and negative effects on well-being, primarily depression and loneliness. The study was published in the Journal of Social and Clinical Psychology.

“What we found overall is that if you use less social media, you are actually less depressed and less lonely, meaning that the decreased social media use is what causes that qualitative shift in your well-being,” said Jordyn Young, a co-author of the paper and a senior at the University of Pennsylvania.

Today, Americans take more anti-depressants than anyone else on the entire planet.  “Deaths of despair” have hit an all-time record high in our nation, and all around us people seem so incredibly unhappy.

One of the biggest reasons for all of this unhappiness is the fact that we are all so isolated.  According to a recent YouGov poll, over 20% of American Millennials say “that they don’t have a single friend”…

More than 20% of millennials surveyed in a YouGov poll released this week claimed that they don’t have a single friend. And less than a third of millennials said they have double-digit friends, according to the data, culled online in early July.

Even if younger Americans are overstating their isolation, the jarring numbers reflect long-term rising trends in loneliness. Studies have indicated that loneliness has myriad negative mental and physical health effects.

Of course if we all weren’t staring at screens all day long we would have much more time to make real friends in the real world. But instead we find much more value in the online world that we have created, and at this point the average adult in the U.S. spends six hours and 43 minutes a day staring at a screen…

Perhaps it’s no surprise then that Americans spend nearly half of their waking hours looking at screens, according to a survey of 2,000 adults.

More specifically, the survey found that 42% of the time Americans are awake, their eyes are fixated on a television, smartphone, computer, tablet, or other device. Supposing the average American slept eight hours a night (not even close to the case for most adults), the researchers calculated that people spend about six hours and 43 minutes a day staring at a screen. Over a typical lifespan, that’s 7,956 days.

Another survey discovered that 45 percent of teens say that they are online “almost constantly”.  We have decided that it is the online world that really matters, but that is not true at all.  Life is supposed to be an adventure, but we will never live life to the fullest if we are all staring at screens endlessly day after day.

Sadly, the truth is that social media is not going anywhere.  The big social media companies are going to just keep coming up with more ways to make their products addicting, and most of us will be sucked into the vortex without any resistance whatsoever.

But hopefully the awakening regarding the harmful effects of social media will continue to grow, and hopefully more Americans will start choosing to make healthier choices regarding how they use their time.