(NaturalHealth365) As surely as the calendar signals the change of seasons, the annual onslaught of warnings to get the flu shot comes around each and every fall. From physicians to pharmacists to the media, the admonishment of anyone hesitant about getting the flu shot continues till the first signs of spring.

The implication is that those who refuse the flu shot are not only putting their own health at risk, but also contributing to a potential epidemic. But the flu shot is more dangerous than you are being led to believe. Rather than subjecting your health to the vaccination, rely on natural ways to boost immunity against the flu. 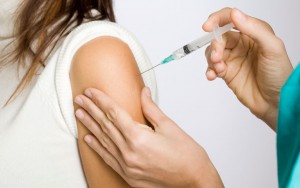 Many in the medical community and other proponents of the flu vaccine would have you believe it is absolutely necessary for sustaining health. However, a closer look at the long list of vaccine dangers associated with the shot reveals it is more about dollars spent on pharmaceuticals than it is about public health.

If you still need convincing to help you avoid the vaccine, here are 10 critical reasons you should skip the flu shot: