Transgender was convincing as a man, but Jesus restored her womanhood 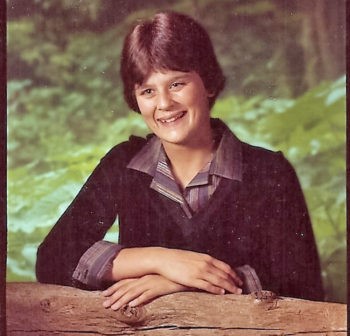 From her earliest memories growing up in Hillsboro, Oregon, KathyGrace Duncan wanted to be a boy. A painful home life reinforced her inclinations, but after she became a follower of Jesus, He led her gently by the hand to a place of healing and wholeness.

“At the age of four, I had the desire to live as a boy,” Duncan recounts. “As I continued to grow up, the desire never left me, it grew stronger.” She fought with her mother when she wanted to clothe Duncan in a dress. “I would cry and kick and scream,” she recalls.

Her father was verbally and emotionally abusive to her mother. As she witnessed the abuse through a child’s eyes, she concluded that women are hated, weak and vulnerable. Oh my gosh, I don’t want to grow up and be treated like that, she thought.

When she was seven-years-old, a little brother came along. “I watched my dad adore him. That gave me another message to get affection and affirmation I had to be a boy.” She felt that men were superior, and a boy could easily replace a girl in her father’s affections.

Duncan attended a junior high dance at a friend’s school. “We said we were brothers so I would dance with girls. My hair was real short. I hadn’t developed very much. I didn’t have to hide a whole lot.”

At 19, she moved out of the house and decided to embrace life as a transgender man. “I found a doctor who treated me with hormones and I began to change over.” To complete the transformation, she had a double-mastectomy, but she never had surgery to change her “plumbing.” 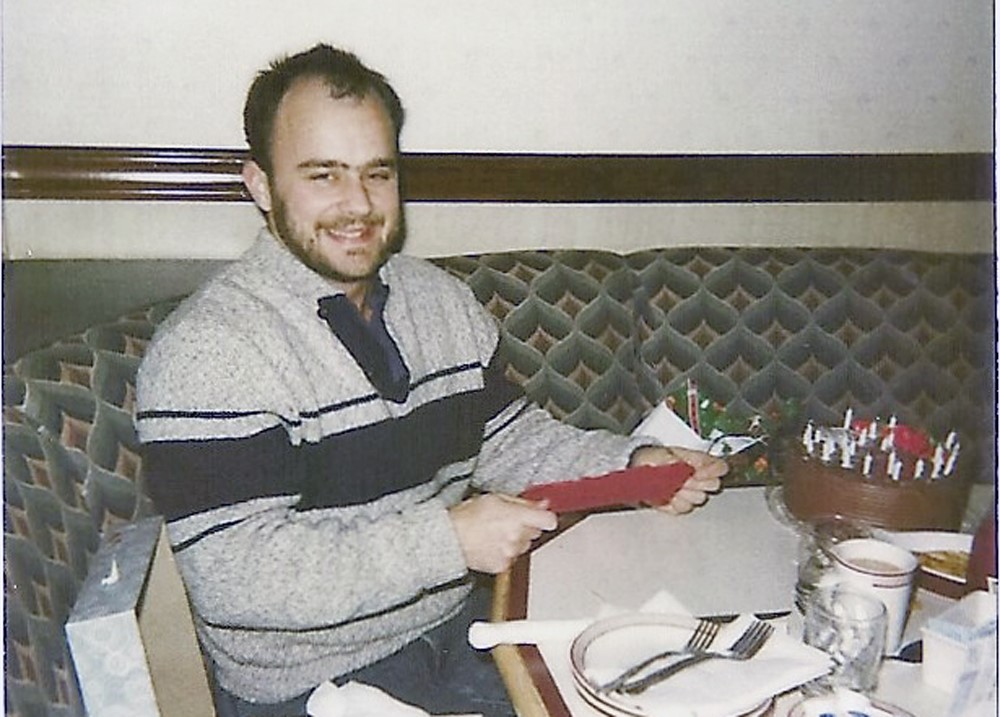 Duncan was convincing as a man

Duncan moved in with a Chinese family that invited her to church. “I was raised Lutheran. I knew about God, but didn’t really know God. They were talking about Jesus, that He was here with us. Before, I thought God was always over there. When they talked about him he was present.”

The power of the Word and Spirit moved on her heart and she responded to an altar call, accepting Jesus as her Lord and Savior.

She expected a dramatic result after her conversion. Would God direct her to change her lifestyle? Would He judge her harshly?

“I woke up the next day and thought, I’m not dead yet. Either it didn’t take or God’s okay with how I’m living.”

The next week Duncan answered another altar call at the church, just to make sure. Again, she waited for God to tell her something, but there was only silence. “I thought God would say something to me, like ‘I don’t approve’.

“Because God didn’t give me any direction I thought he was OK with it.”

After responding to an alter call a third time, the pastor came up to Duncan and told her that even if she didn’t feel different, she should trust that Christ is her Savior.

“I was so green about knowing anything about God or Jesus,” she admits.

When Duncan’s parents discovered their daughter was transitioning to become a man, her mother called and told her it was “gross.” Her father began to harass her with phone calls. She left the phone off the hook so she wouldn’t have to talk to him. 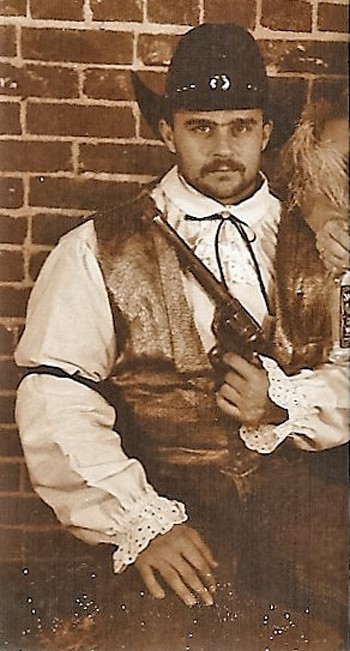 Her father tracked down her employer and informed him: “You don’t really have a man working for you. That’s my daughter.” Duncan lost her job after her father’s visit. Even though they told her they were letting her go because of deficiencies on the job, she suspected otherwise. “I figured out it was because my dad had been in there,” she says.

One of her co-workers overheard the explosive secret and reported it to Duncan’s pastor. He called her into his church office and asked, “Who are you really?” “I’m a man who used to be a woman,” she told him. “We love you, but you can’t come back here,” he said.

Even though Duncan was asked to leave the church, she felt like this did not reflect God’s heart. She resigned herself to the consequences of her decision. Oh well, this is what I chose…I knew this would happen, she thought.

Duncan found a different job and started dating a female co-worker. The woman invited her to church. “Once again, I became intrigued with Jesus and all that he was. Eventually we broke up, but I stayed at this church.”

She always had a romantic attraction toward females. “Because I had such strong feelings of wanting to be a boy, it was only natural that I would be attracted to girls and date girls.” She considered homosexuality wrong. “I felt like a man stuck in the wrong body,” she says.

Duncan began to get more and more involved in her church (as a man). As she grew in Christ, the Lord delivered her from an addiction to pornography. “I opened my life and my heart everywhere to the Lord.” Soon the church was putting Duncan into leadership roles: leading a men’s small group Bible study, working with junior high kids and single adult ministry. 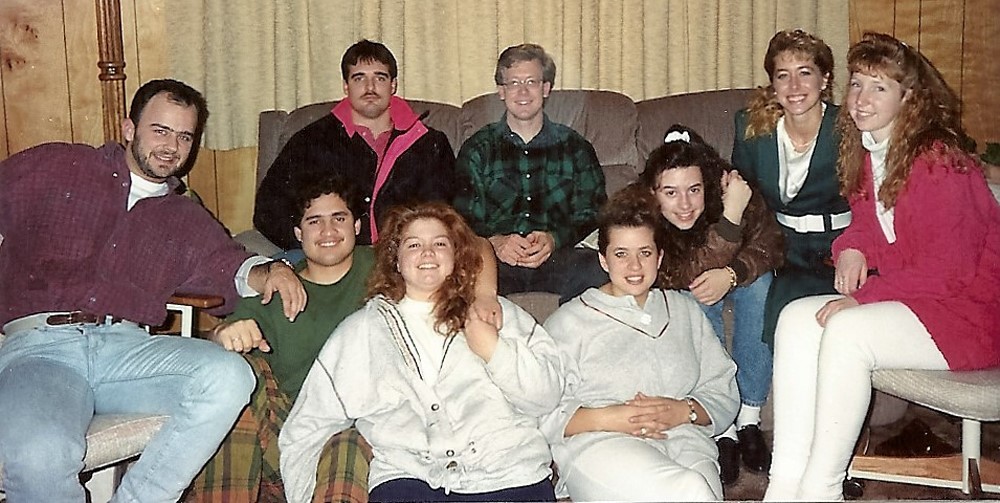 Duncan hung out regularly at the pastor’s house and they went to the gym together to lift weights. “They were grooming me for leadership because they saw the hunger I had for the Lord. I remember saying Lord I want you. I never thought my lifestyle was in the way.”

Then the Lord began healing Duncan of “dad issues” by bringing a “spiritual dad” named Gary into her life to mentor her. After four years, Duncan finally confided to him her closely guarded secret. A short time later, the pastor was having lunch with Gary and hit him with an unexpected question. He said he heard a rumor about a woman living as a man in their church…Did Gary know anything about that?

Gary came clean and told him the truth about Duncan’s true sexual identity. The pastor then called Duncan into a meeting. “We are hearing some rumors,” he began. “Who are you really?” “I’m a woman living as a man,” she confessed. When she said those words, she felt the wind of the Holy Spirit blow through her. “Okay…all right…I’m not quite sure what to do,” he said. “I haven’t dealt with this before.”

Duncan stepped down from ministry and told her pastor she felt God leading her to go back to being a woman. “Let’s start the process,” he said. It was 1993, and she had been living as transgender for 11 years.  After Duncan made her decision about transitioning she moved from Vancouver, Washington to Sherwood, Oregon, and got involved with the Portland Fellowship, a ministry that helps people with unwanted same sex attractions.

When she first met with one of their staff, the counselor said, “I’m trying to find the woman in there and I’m not seeing it.” Duncan understands why. “I had a beard. I was built from lifting weights. I was pretty stocky. I was doing as much weight as the guys. The hormones bulked me up. I also had male-pattern baldness.”

The beginning of the transition was arduous. “Every day was so hard. I was depressed. I got up and it felt like I was trudging through waist-high mud.” “I asked the Lord what this will look like. What am I supposed to do? He showed me the lies, that I didn’t have any nurturing from my parents. I worked through the lies…learned it was good to be a woman. God created woman and said it was good.”

After three months of being off the hormones, she began menstruation again. She was 30. “It took four to five years for all the affects to wear off. I gave up lifting weights for a season. My voice is still a little deeper than most women. For the facial hair I went through electrolysis and laser for hair removal.”

But one last physical issue remained. “At a point I asked the Lord about replacing my breasts. He took me through a year of dealing with a deeper level of fear. Once they were replaced I would be known as a woman. That was pretty intense. It took a year to get over that fear.”

She also wondered how men would treat her. Finally, she went through breast reconstruction surgery. “That was the first time in my life that everything matched for me, my thinking, my body, my emotions, what I believed — everything. “I had never felt this wholeness before. Here I am whole. Oh my gosh, this is amazing, she exclaimed to herself. 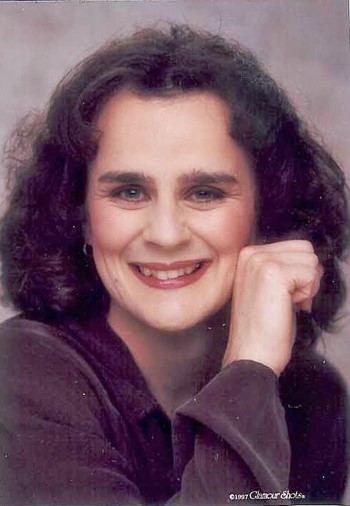 Her skin also returned to normal. “You can’t tell I’ve ever shaved. It is amazing what your body can handle. I’ve lived 24 years now as a woman.”

God also brought healing in the area of her attractions. “Now that I’ve come out of that lifestyle I’m totally attracted to men. At the beginning I wrestled with my attraction to women, but now the Lord has healed that part of me and I’ve worked through all that stuff. “I am still single,” she notes. “I have dated here and there. I’m in no hurry to be married. I would like to be married, but I’m content as I am.

“He opened the doors for me to speak and share my testimony and mentor women. I want to bring hope to others. He is able to bring redemption and healing.” 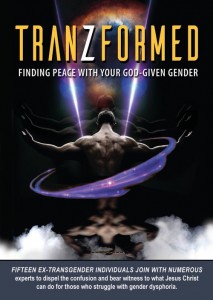 KathyGrace Duncan appears in the new documentary film, “TranZformed” featuring former transgender individuals that join with experts to dispel the confusion and bear witness to what Jesus Christ can do for those who struggle with gender dysphoria. To read leader endorsements and film reviews or to watch the trailer, go to: www.TranZformed.org