Trump to Pull the U.S. Out of Afghanistan, Too 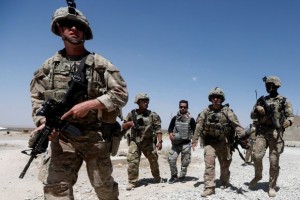 The Wall Street Journal reports President Donald Trump has announced pulling more than 7,000 U.S. troops out of Afghanistan in the coming weeks. This announcement comes hard on the heels of the announced draw-down in Syria. Washington was already in a tizzy about the abrupt manner of the Syria announcement, and seems to be greeting these early reports of Afghanistan in the same way. But ending these two drawn-out, expensive wars is the right thing to do. There’s only so much good money, men, and materiel you can throw after bad.

The US has about 14,000 troops in Afghanistan, most of which are present as part of a larger NATO-led mission to train, advise and assist Afghan forces. Any withdrawal would be complicated by the fact that the United States is part of NATO’s Resolute Support mission.

Reason’s Christian Britschgi pointed out last month that the U.S. has spent $900 billion on the war in Afghanistan since it began in 2001. Despite 2,400 American lives lost, the U.S. has failed to build a stable, democratic government in the country.