Los Angeles (BP) — The television content ratings system has harmed children by failing to protect them from graphic sex, violence and profanity on screen, the Parents Television Council (PTC) reports in a new study analyzing 20 years of broadcasting.

Operated by a TV Parental Guidelines Monitoring Board that provides insufficient oversight, the ratings system has suffered “systemic failures” and should be comprehensively reformed, the PTC announced at an April 4 press conference releasing the report. 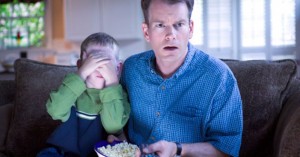 “Parents who rely on the TV content ratings system to make informed decisions about what to watch on television have been deceived,” PTC President Tim Winter said, “as our new research shows that the ratings system has systematically failed to provide accurate and consistent information for its entire 20-year existence.”

A television series appropriate for all audiences (rated TV-G) during prime time — which varies between 6-11 p.m. depending on the time zone — no longer exists, the study found. In 1997, there were 27 hours of TV-G-rated shows in a two-week period, the PTC said.

There also are fewer shows rated TV-PG on prime time, and there are fewer differences between the content of programs rated TV-PG and those rated TV-14, the study found. Specifically, the number of hours networks aired TV-PG programming during prime time decreased 38 percent from 1997-2014.

While graphic content is increasing in amount and intensity, the current ratings system rates all content as appropriate for 14-year-olds, the PTC said. Between 2011 and 2014, all violence per hour of programming increased 6 percent, weapon-related violence increased 17 percent, and nudity increased 93 percent, the study found. 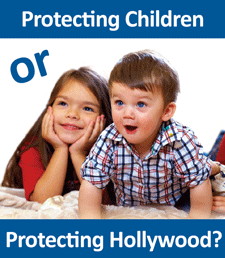 “Despite containing explicit content,” the study said, “no continuing program on broadcast television is rated TV-MA, appropriate for mature audiences only.”

The industry should have to answer for the ratings system’s failures, Winter said, announcing the PTC’s public launch of a campaign for content ratings reform. The ratings system “has only provided political cover for television networks rather than benefit those it was purportedly intended to serve, that being parents and families,” Winter said.

He cited as a chief failure the conflict of interest inherent in TV network executives rating their own material, the same executives comprising the oversight monitoring board, and major TV sponsors relying on the ratings in choosing which shows to sponsor.

“Congress, the FCC, public health advocates and parents must insist that the TV content ratings system be accountable to the public and meet the needs of the parents and families it was intended to serve,” Winter said. “Parents must be alerted to potentially harmful TV content, and the ratings system, which the V-chip utilizes to block unwarranted content, can only work if the ratings are accurate. As we approach the 20th anniversary of the ratings system’s creation, it is time for the system to be accurate, consistent, transparent and accountable to the public.”

Thousands of studies have examined the harm children suffer when they are exposed to graphic sex, violence and profanity on screen, PTC program director Melissa Henson said during the press conference releasing the report. She cited studies over the past 60 years conducted by the surgeon general, the National Institute of Mental Health, the American Academy of Pediatrics, and the American Psychiatric Association.

“We have scientific research that points to the fact that children who are exposed to high levels of sexualized media content are more likely to engage in risky sexual behavior,” she said. “According to the American Psychiatric Association, the debate is over. For the last three decades, the one predominant finding in research on the mass media is that exposure to media portrayals of violence increases aggressive behavior in children.”

In calling for reform, the PTC will distribute the report and leverage the current election year in encouraging parents to voice their discontent.

“We don’t anticipate an eager response from the industry. We are gearing up for some public outreach to the FCC [Federal Communications Commission] and to Capitol Hill,” Winter said. “We have data and we have a Congress that’s facing reelection, and I think they are hearing from their constituents frequently…. We’ve had a number of meetings with the people on the [congressional] oversight committees already, and there seems to be positive support for using their platform to help push this through.”

While the study focused on broadcast networks, the PTC said concurrent inefficiencies are also implied for cable and satellite TV. The complete study, “Protecting Children or Protecting Hollywood? A Twenty-Year Examination of the Effectiveness of the TV Content Ratings System,” written by Christopher Gildemeister, is available at w2.parentstv.org/MediaFiles/PDF/Studies/2016RRStudy.pdf.