US Support for ISIS: An ‘Open Dirty Secret’ That Continues

US support for ISIS is an open dirty secret – undiscussed by media scoundrels, pretending it’s not so.

Washington actively arms, funds, trains, and directs ISIS and other terrorists – backing the scourge they pretend to oppose.

Obama and Trump’s vow to degrade and destroy ISIS was and remains a bald-faced lie, using these and other cutthroat killers as proxy fighters in Syria and other countries where they’re deployed – their presence unjustifiably justifying illegal US occupation of northeast and southwest Syrian territory. 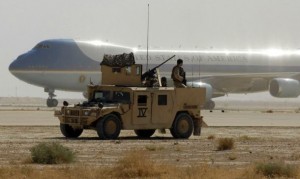 “The Abu Kamal liberation operation conducted by the Syrian government army with air cover by the Russian Aerospace Force at the end of the last week revealed facts of direct cooperation and support for ISIS terrorists by the US-led ‘international coalition.”

“Americans peremptorily rejected to conduct airstrikes over the ISIS terrorists on the pretext of the fact that, according to their information, militants are yielding themselves prisoners to them and now are subject to the provisions of the Convention relative to the Treatment of Prisoners of War.”

US-led “coalition’s aviation tried to create obstacles for the aircraft of the Russian Aerospace Forces in this area to safely shield militants of the Islamic State.”

“There is indisputable evidence that the United States pretends it is waging irreconcilable struggle against international terrorism in front of the international community, while in reality it provides cover for the combat-ready Islamic State groups to let them regain strength, regroup themselves and advance US interests in the Middle East.”

Washington directly aids ISIS and other terrorist fighters, deploying them where Pentagon commanders want them used, relocating them to new conflict zones in Syria and other countries.

Iran has credible documents showing US support for ISIS. Its armed forces deputy chief of staff Major General Mostafa Izadi earlier said “(w)e are facing a proxy warfare in the region as a new trick by the arrogant (US-led) powers against the Islamic Republic,” adding:

“We possess information showing direct support by US imperialism for (ISIS) in the region which has destroyed Islamic countries and created a wave of massacres and clashes.”

Separately, Iranian Parliament Speaker Ali Larijani condemned Washington for “align(ing) itself with ISIS in the region.”

A new Security Council report showed renewed ISIS strength in parts of Syria controlled by US forces and allies, saying:

ISIS terrorists have “breathing space to prepare for the next phase of its evolution into a global covert network.”

Aided by the Trump regime and allied forces, they control “small pockets of territory in the Syrian Arab Republic on the Iraqi border.”

Russia’s General Staff earlier accused the Pentagon of training ISIS and other terrorists at its illegally established At Tanf base in southwest Syria – calling it a staging ground for US armed struggle against the Syrian government.

ISIS and other terrorists infest the Rukban refugee camp controlled by US Forces, holding tens of thousands of defenseless Syrians hostage, using the camp to recruit anti-government terrorists.

Washington is “expand(ing) (its) bases and airports in northern and eastern Syria” – indicating US forces will remain in the country, not leave, as Trump earlier said.

Separately on August 18, AMN News said Washington and its allies “sent reinforcements to their military bases in the towns of Tal Tamer, Al-Houl, and Al-Shaddadi.”

Syria’s liberating struggle continues, no end of it in sight as long as US regime change intentions remain unchanged.