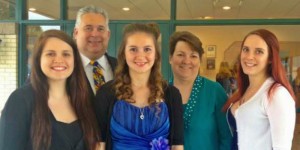 Judge Jean C. Hamilton granted Paul Wieland and his family permanent protection from Obamacare’s mandate that individuals, as well as businesses and other non-church entities, must purchase health insurance coverage for contraception, including pharmaceutical “abortion pills” and sterilization. The court upheld the family’s right to assert religious objections as a basis for exemption from the mandate as it imposes a substantial burden on the Wielands’ exercise of their religious faith, contrary to the federal Religious Freedom Restoration Act – the same federal statute successfully invoked by the for-profit corporation, Hobby Lobby, and later invoked with partial success (so far) by non-profit religious groups such as the Little Sisters of the Poor.

The court rejected the U.S. Justice Department’s arguments that the Wielands suffered no substantial adverse burden from having to comply with the mandate, noting that such compliance would not only entail their coerced purchase of coverage they consider morally objectionable, but that it also would subject them to substantial monetary fines if they chose not to comply. In her 13 and a half page opinion, Judge Hamilton wrote:

“The ultimate impact is that Plaintiffs must either maintain a health insurance plan that includes contraceptive coverage, in violation of their sincerely-held religious beliefs, or they can forgo healthcare altogether, which will result in the imposition of significant penalties (not to mention the potentially crippling costs of uninsured health care).”

Also rejecting the Obama Administration’s insistence that the nation’s insurance markets wouldn’t be able to function if insurers had to tailor each health plan to individual needs and preferences, Judge Hamilton said that the government does not provide the insurance and that it was for private insurers to decide whether or not to offer contraceptive-free plans.

St. Louis attorney Tim Belz, Thomas More Society Special Counsel, said, “The sad irony here is that this family had to take the Obama administration to court to preserve their constitutionally guaranteed right to religious freedom when, as Judge Hamilton agreed, all the government needs to do is allow people to check a box to opt out of contraceptive coverage.”

Tom Brejcha, Thomas More Society President and Chief Counsel, explained the potentially sweeping impact of this decision. “In 2014’s Hobby Lobby decision, the United States Supreme Court ruled that privately owned businesses whose owners assert conscientious objections based on sincerely held religious beliefs may not be coerced to comply with the Obamacare mandate. For the first time that we’re aware of, this decision now vests that same right of religious liberty in individuals and families across America.” The Justice Department lost a prior appeal in this same case, and whether it will appeal this final ruling for the Wieland family is unknown.

Find background on the case here.