‘War of Terror’ Inverted: Why Did US Assassinate Iran’s Anti-ISIS General? 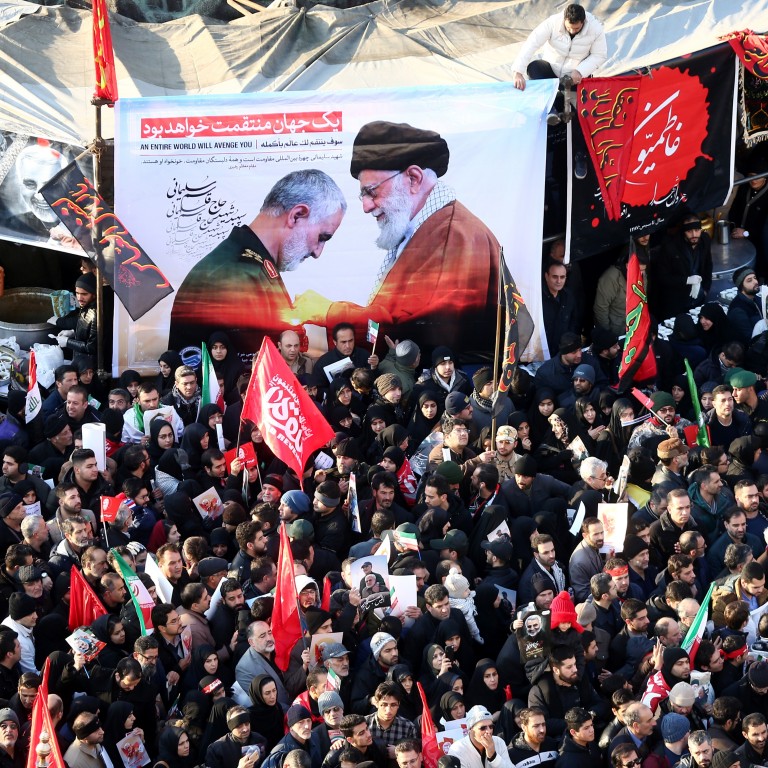 (21st Century Wire) – The US has eagerly taken credit for the killing of Iranian General Qasem Soleimani amid a series of military strikes carried out by US forces across Syria and Iraq. The assassination was shortly followed by Iranian missile strikes aimed at US bases in Iraq.

The BBC in its article, “Qasem Soleimani: Strike was to ‘stop war’, says Trump,” would claim:

President Donald Trump said the US killed Iran’s top military commander Qasem Soleimani “to stop a war, not to start one”.

He said Soleimani’s “reign of terror is over” following the strike at Iraq’s Baghdad airport on Friday.

The US claiming these strikes were meant to end “terror” are particularly surreal.

The PMUs along with General Soleimani and his special operations Quds Forces have played a key role in fighting and defeating US and Saudi-sponsored terrorism across the Middle East. This includes fighting terrorist organizations like Al Qaeda, its many affiliates, and the so-called “Islamic State in Iraq and Syris” (ISIS) – all of which have been extensively exposed as recipients of US cash, weapons, and other forms of material and political support.

The War of Terror Continues 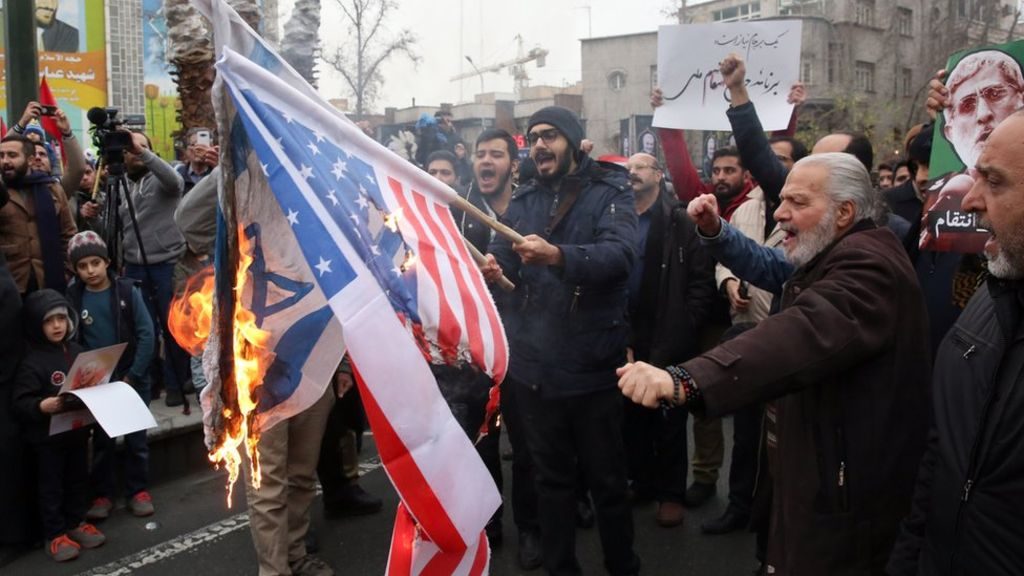 Even the clumsy and often-manipulated Wikipedia lists Iran’s Quds Forces as opposed against Al Qaeda, its affiliates, and ISIS alongside nations like the US and its allies. While Wikipedia doesn’t overtly connect these terrorist organizations with their Western sponsors it is clear to even the casual observer that both appearing on the Quds Forces’ opponents list carries with it many implications.

Beyond mere implications  – however –  it was the US Defense Intelligence Agency (DIA) itself in a 2012 leaked memo that admitted, “the West, Gulf monarchies, and Turkey” were behind the rise of a what at the time was being called a “Salafist principality.”

If the situation unravels there is the possibility of establishing a declared or undeclared Salafist principality in eastern Syria (Hasaka and Der Zor), and this is exactly what the supporting powers to the opposition want, in order to isolate the Syrian regime, which is considered the strategic depth of the Shia expansion (Iraq and Iran).

To clarify precisely who these “supporting powers” were that sought the creation of a “Salafist” (Islamic) principality” (State), the DIA report explains:

The West, Gulf countries, and Turkey support the opposition; while Russia, China, and Iran support the regime.

In other words, the US, its European allies, and its closest allies in the Middle East, sought the rise of a “Salafist” (Islamic) “principality” (State) in eastern Syria, precisely where ISIS eventually manifested itself.

The West and its regional allies did so while simultaneously funding, arming, and training so-called “rebels” who in reality lined the ranks of extremist groups up to and including Al Qaeda and its Al Nusra franchise.

A similar pattern of supporting extremism Lebanon, Iraq, and Yemen has emerged. So extensive is US state-sponsorship of terrorism that even the Western corporate media has been forced repeatedly to admit and attempt to cover up the flow of US weapons into the hands of extremists.

Thus – from 2011 onward – the world has become increasingly aware of US state-sponsorship of terrorism – specifically in support of terrorist organizations including Al Qaeda, its affiliates, and ISIS. The US has throughout the Syrian conflict directly and indirectly attacked and undermined the forces fighting these terrorist organizations – and with the latest assassination of General Soleimani – has begun to wage open war against Al Qaeda’s and ISIS’ most effective opponents.

Too Little, Too Late 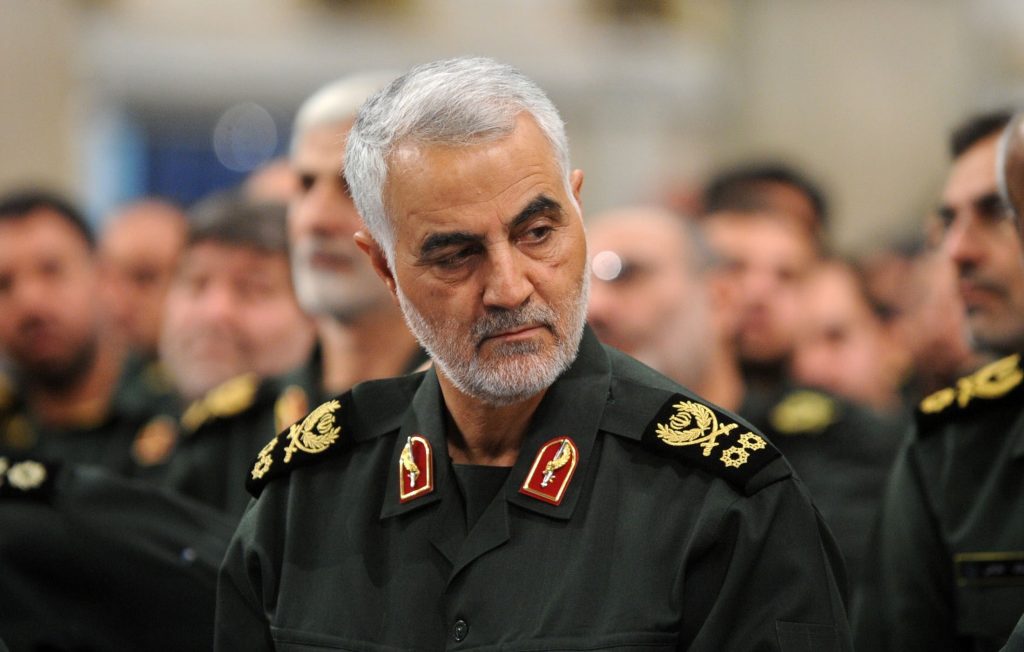 If General Soleimani was such an important target to eliminate – we can only assume the US believes that he was an effective strategist and leader. And if General Soleimani was either or both of these things – it is certain that amid his skilled and effective operations against US state-sponsored terrorism he also included provisions for continuity for his Quds Forces.

The assassination of General Soleimani will do little to degrade the Quds Forces themselves. Other senior leaders will fill the void and the organization will continue effectively carrying out operations on behalf of Iran and its Syrian and Iraqi allies.

Instead – the attack was more likely meant to serve as a provocation – a desperate attempt by Washington to provoke Tehran and escalate the regional conflict more toward large-scale total war the US believes it may still hold an advantage in over Iran.

For Iran – its strategy of patient, incremental victory in Syria, Iraq, and beyond has paid historical dividends. The geopolitical landscape of the Middle East is being redrawn before our very eyes.

The best way to procure revenge for yet another provocative and toxic display of US foreign policy is for Iran to continue the work General Soleimani  had successfully endeavored toward – the continued frustration of US belligerence in the region, the dismantling of US-proxies including terrorist organizations like Al Qaeda and ISIS, and the eventual and total uprooting of US hegemony across the region.

Iran’s missile strikes targeting US military bases rendered no casualties yet demonstrated Iran’s capacity to carry out long-range precision strikes at US forces illegally or coercively occupying the region.

The US was subsequently faced with the choice to fight big and lose, or once again demonstrate its growing impotence by doing little or nothing. The US has its forces spread across the planet, fighting numerous adversaries yet unable to achieve a single decisive victory. Its demonstrated failures in Iraq, Syria, Libya, and Afghanistan mean that mounting full-scale military operations against the much larger and more formidable Iran is particularly unrealistic.

Iran’s pinpoint missile strikes aimed at US bases in Iraq – avoiding casualties – represents a show of force reminding Washington of what could happen if hostilities widen – but also a show of restraint illustrating to the rest of the world that Iran is reasonable even in the face of Washington’s unreasonable provocations.

Just as Russia endured humiliating provocations designed to provoke and distract Moscow from successfully defending Syria – leaving Moscow and its Syrian allies victorious and the US desperate, frustrated, and in some cases, literally running from its positions in Syria – Iran too must endure.

US provocations come too little and too late.

They only serve to further illustrate the menace current US foreign policy and the interests driving them pose to the world. They have failed to reverse Washington’s flagging fortunes in either Syria or Iraq. And unless Iran gives the US exactly what it wants – a pretext to escalate further – these provocations will likely end up on the long list of failed attempts to reverse Washington’s fortunes regarding its weakening grip on Iraq, its failed regime change war in Syria, and its overall unraveling hegemony across the Middle East and North Africa.