WARNING THE WICKED IS LOVE 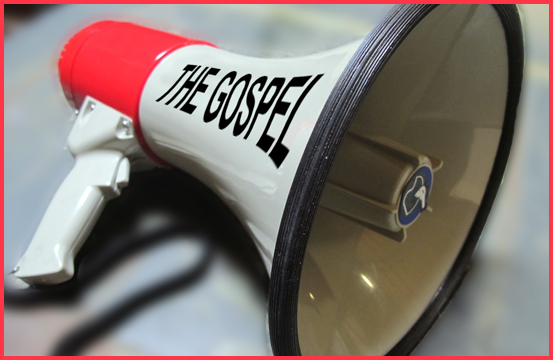 As regular readers know we spend much of our time ministering out on the streets. This enables us to see an entirely different world than the average church-goer. For most Christians their faith is lived inside the four walls of the church or trapped within the four chambers of their heart. Christianity has devolved into a “personal” experience rather than a world-changing power.

Our churches have been such a cataclysmic failure in their job of pushing back the darkness. Instead of being the “salt of the earth” the exact opposite has happened…the world has become the “salt of the church.”

Rather than changing the world, the church has, for the most part, incorporated the ways of the world as the true Gospel has fallen prey to marketing techniques and entertainment designed to draw a crowd. Jesus never told us to draw a crowd. He told us to go…go to the highways and the byways…and compel men to come to the saving knowledge of Christ.

“Come ye” is a poor substitute for “go ye.” The idea of gathering a crowd merely to tickle the ears of the attendees is anathema to everything the Gospel teaches. The Truth is divisive. The Truth is offensive. The Truth is controversial. But it is only the Truth that can set people free. Believing a lie only keeps one in bondage.

The Gospel has become so sweet and syrupy that it is losing the ability to change lives. The idea of good and evil, sin and judgment, turn or burn has become verboten in the modern American church. The only thing worse than sin is talking about sin…rebuking sin…speaking about sin…pointing a finger at sin.

That is called being judgmental…or intolerant…or unloving in today’s sugar-sweet culture. Judging sin is hateful, unloving and a turnoff to the lost.

At least that is what many of my “Christian” friends like to tell me. I guess we are supposed to love them all the way to hell.

I caused quite a stir the other day as I was contending for the faith outside of our local body-parts store known as Planned Parenthood. I was taking-to-task one of the deathscorts who regularly volunteers her spare time aiding and abetting the baby slaughter taking place inside the “clinic.” (What a name for a place where they kill and dismember little babies.) We call them “deathscorts” because thy escort the women from their cars to the safety of the clinic. (Safety of the clinic…go figure.) 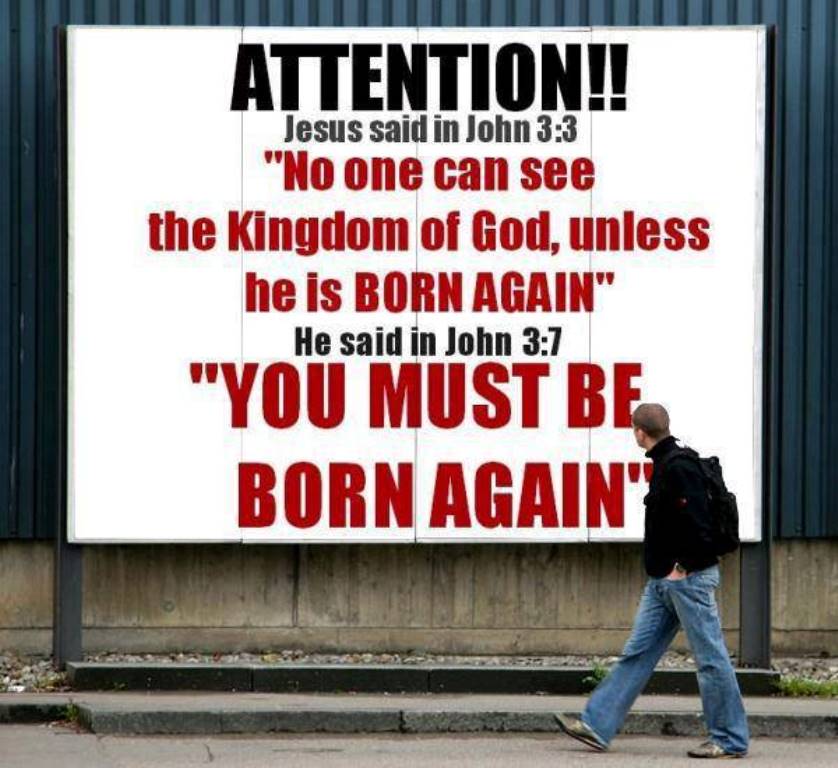 “You are a wicked woman,” I cried out to the deathscorts as they stood guarding the door breathlessly awaiting their next ex-mother to pull into the parking lot. “You are going to stand before a righteous God one day and give account for your wicked behavior. God is not mocked. You are an accessory to murder and the Lord sent me here to warn you to turn from your wickedness and ask Jesus to forgive you of your wicked behavior.”

“Apart from Christ, John 3:36 warns us, the wrath of God abides upon you. Unless you cry out to Him for forgiveness and repent of your evil ways, you are facing a very dark and desperate future. Fall on your face and ask Christ to forgive you of your wickedness. God sent me here to warn you. When you stand before Him you will no longer be able to claim ignorance. I have warned you today. Your deeds are evil and God will not hold you guiltless.”

I could tell when I was done with my warning that not all of those standing on the sidewalk with me appreciated my open rebuke to this wicked woman.

A kind Christian young man said “Coach Dave, you sure were harsh with those ladies. I am not sure that is the most effective way to get people to come to Christ. You catch a lot my flies with honey than you do with vinegar.”

“That’s probably true.” I responded. “But I am not looking to catch any flies. I am looking to rescue souls from the halls of the doomed and the damned. Those women standing in that doorway are in a very precarious position. They are teetering towards eternal separation from Christ. You can tell them how much Jesus loves them if you want to. I’d rather warn them that HIS wrath is waiting for them just around the corner.”

Then I opened up my Bible and shared with him Ezekial 3:16: And it came to pass at the end of seven days, that the word of the LORD came unto me, saying, Son of man, I have made thee a watchman unto the house of Israel: therefore hear the word at my mouth, and give them warning from me. When I say unto the wicked, Thou shalt surely die; and thou givest him not warning, nor speakest to warn the wicked from his wicked way, to save his life; the same wicked man shall die in his iniquity; but his blood will I require at thine hand. 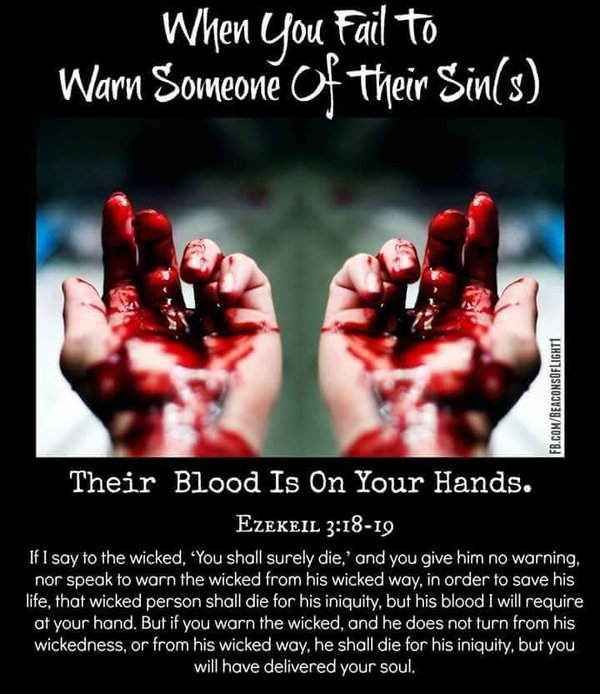 I have searched my Bible until the ink is about to come of the pages and I can not find one place where Jesus told us to tell people how much God loves them. But the Scriptures are replete with the exhortation to warn those who are lost. Here are 54 times we are exhorted to warn the non-believer.

Loving them in their wickedness may make the sinner feel better, but warning the wicked is the greater act of love.

Time is running short. The door to the ark is getting ready to close. Failure to warn the wicked about their wicked behavior is miss-applied love. Sometimes God’s love hurts.

We are the salt of the earth…not the sugar. Speaking the sugary Gospel may fill a church but failing to speak the salt-laced Gospel is filling hell.

Rescue the perishing. That is the evidence of your love.