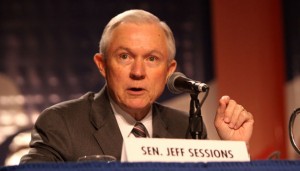 WASHINGTON D.C. — Today, it was announced that Sen. Jeff Sessions (R-AL) has been tapped by President-elect Donald Trump to serve as the next Attorney General of the United States. Troy Newman, President of Operation Rescue, and his staff congratulate Sen. Sessions on this important appointment.

“We could not be happier about the selection of Sen. Jeff Sessions as the next Attorney General,” said Newman. “I have worked on projects with Sen. Sessions in the past and know him to be an experienced prosecutor and a principled pro-life advocate with a reputation for honesty.”

Operation Rescue stands ready to assist the new Attorney General with any potential prosecutions of Planned Parenthood and other abortion businesses for a multitude of felonies committed over the past several years under the protection of the Obama Administration.

Those crimes include: Illegal profiteering from the sale of aborted baby remains. HIPAA violations, fraudulent over-billing of Medicaid and other government programs and covering up sex abuse perpetrated by abortion clinic staff.

“Planned Parenthood’s days of running amok over the laws of the land are nearly over,” said Newman. “A new sheriff is coming to town and the era of old corrupt politicians who have shielded Planned Parenthood from the consequences of their illegal behavior is about to come to an end. Our message to Planned Parenthood today is: You are no longer above the law.”