What Is America’s Cause in the World Today?

After being sworn in for a fourth term, Vladimir Putin departed the Kremlin for Annunciation Cathedral to receive the televised blessing of Patriarch Kirill of the Russian Orthodox Church. 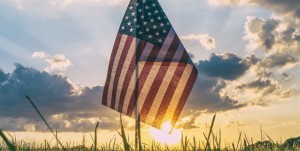 The patriarch and his priests in sacred vestments surrounded Putin, who, standing alone, made the sign of the cross.

Meanwhile, sacred vestments from the Sistine Chapel were being transported by the Vatican to New York’s Metropolitan Museum of Art to adorn half-clad models in a sexy show billed as “Heavenly Bodies: Fashion and the Catholic Imagination.” One model sported a papal tiara.

The show proved a sensation in secular media.

In Minsk, Belarus, on May 17, to celebrate International Day Against Homophobia, Transphobia and Biphobia, Britain’s embassy raised the rainbow flag. Belarus’s Ministry of Internal Affairs was not amused:

“Same-sex relationships are a fake. And the essence of fake is always the same — the devaluation of truth. The LGBT community and all this struggle for ‘their rights,’ and the day of the community itself, are just a fake!”

Belarus is declaring moral truth — to Great Britain. What is going on? A scholarly study sums it up: “The statistical trends in religion show two separate Europes: the West is undergoing a process of secularization while the post-socialist East, de-secularization.”

One Europe is turning back to God; the other is turning its back on God. And when Vladimir Putin and Belarus’ Alexander Lukashenko are standing up for traditional values against Western cultural elites, the East-West struggle has lost its moral clarity.

And, so, what do we Americans stand for now? What is our cause in the world today? In World War II, Americans had no doubt they were in the right against Nazism and a militaristic Japan that had attacked us at Pearl Harbor.

In the Cold War, we believed America was on God’s side against the evil ideology of Marxism-Leninism, which declared the Communist state supreme and that there was no such thing as God-given rights. With the moral clarity of the Cold War gone, how do we rally Americans to fight on the other side of the world in places most of them can’t find on a map?

A weekend article in The Washington Post discusses the strategic difficulty of our even prevailing, should we become involved in wars with both Iran and North Korea. “You would expect the U.S. and its allies to prevail but at a human and material cost that would be almost incalculable, particularly in the case of the Korean example,” said Rand researcher David Ochmanek,

Added John Hopkins professor Mara Karlin, “If you want to ensure the Pentagon can actually plan and prepare and resource for a potential conflict with China or Russia, then getting into conflict with Iran or North Korea is the exact wrong thing to do.”

One wonders: How many of these potential wars — with North Korea, Iran, Russia, China — could we fight without having America bled and bankrupted. What conceivable benefit could we derive from these wars, especially with a China or Russia, to justify the cost?

Looking back, only one great power survived the last century as a world power. The German, Russian, Austro-Hungarian and Ottoman empires did not survive World War I. World War II brought to an end the British, French, Italian and Japanese empires.

The Soviet Union and the United States were the only great surviving powers of World War II, and the USSR itself collapsed between 1989 and 1991.

Then, in 1991, we Americans started down the well-traveled road of empire, smashing Iraq to rescue Kuwait. Heady with that martial triumph, we plunged into Afghanistan, Iraq, Libya, Syria and Yemen.

Donald Trump is president today because he told the people he would “Make America Great Again” and put “America First.” Which bring us back to the question: What is America’s cause today?

Defeating Nazism and fascism was a cause. Defending the West against Communism was a cause. But what cause now unites Americans? It is certainly not Christianizing the world as it was in centuries long ago, or imposing Western rule on mankind as it was in the age of empires from the 17th to the 20th century.

Democracy crusading is out of style as the free elections we have demanded have produced Hamas, Hezbollah, the Muslim Brotherhood in Egypt, Muqtada al-Sadr in Iraq, and nationalists, populists and autocrats from Asia to the Middle East to Europe.

Perhaps our mission is to defend and protect what is vital to us, to stay out of foreign wars where our critical interests are not imperiled, and to reunite our divided and disputatious republic — if we are not too far beyond that.