What Price Are You Willing To Pay To Save America? 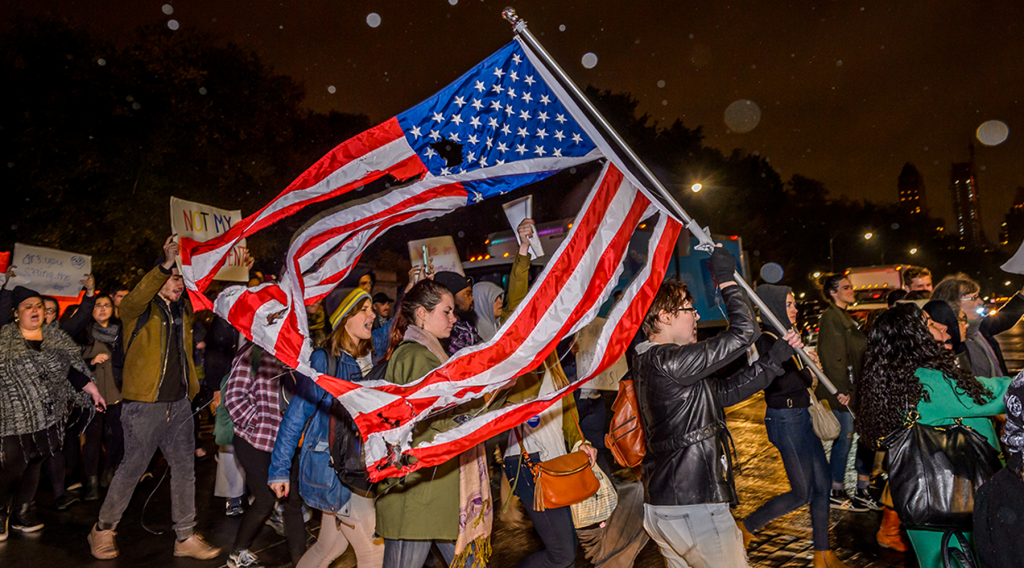 The government schools have programmed them…indoctrinated them…in an America-hating ideology, force-fed to them by the Communistic NEA

It was the 4th of July afternoon as I sat and penned these thoughts.  While most of America was out boating or golfing, visiting parades or parents, lighting sparklers or swallowing beverages I found myself sitting at home feeling especially nostalgic.

I didn’t feel bad and or sad, I simply FELT much of what is going on around me.  It is something deep, almost spiritual really, that inspired me to hunt and peck my fingers across the keyboard.  I carved this time out during that day of celebration because my heart was turned toward reflection.

My emotions were triggered by watching one of those corny man-on-the-street interviews so common on social media where a man with a camera and a microphone takes to the streets to prove how dumbed-down the American populace really is.

“What do we celebrate on the 4th of July?” the man with the microphone asked some twenty somethings as they traipsed down the street of a secularized American city.  Although the purpose of the video was humor, it was hard to find anything to laugh about as one after another of the cellphone zombies searched their public school lobotomized rolodex to find the answer to such a seemingly simple American history fact.

Ignorance is never pretty to watch and I found very little edification in the-who-gives-a-crap attitude of these possible American voters.  I think it was Thomas Jefferson who said something akin to “he who thinks we can remain ignorant and free wishes for what never was or never will be.”

How many billions of dollars have Americans spent simply to make people dumber?  The National Education Association and the US Department of Education should be brought up on charges of treason.  Heck, college educated students today can’t distinguish between a man and a woman.  Jethro Bodine and Elly May Clampett figured that out without having spent one day at an IVY League school. Why do we pay so much for so many to be so ignorant?

Americans have traded what they dare not lose for what they cannot keep.

My thoughts flowed to Gettysburg that morning and to a recent visit that I made to the “hallowed ground” where on July 1, 2, and 3 of 1863 the most cataclysmic clash in the history of America spilled over the hills of Pennsylvania.  On July 3rd nearly 55,000 casualties fell upon the dust of Cemetery Ridge during one blood-soaked morning…Americans killing Americans… 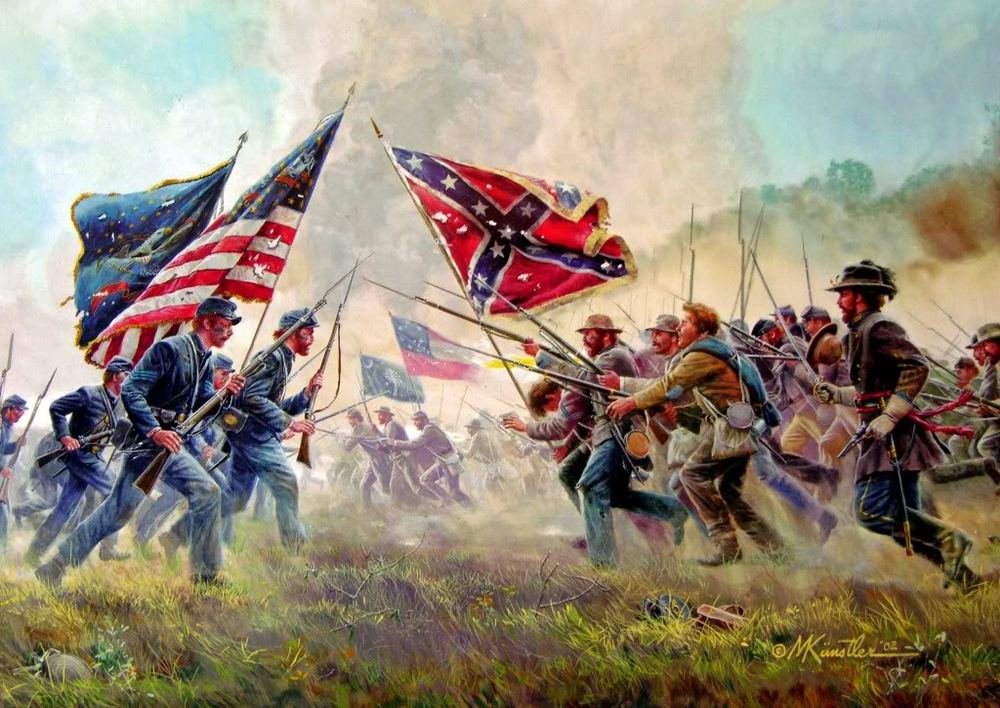 The Battle of Gettysburg

It was those boys I thought of that morning.  Not the good for nothing college aged punks streaming onto the streets of America in protest of losing their right to murder their children and in support of a giveaway to foreign invaders the heritage for which their ancestors had, as Lincoln accurately stated, “thus far so nobly advanced.”

We are witnessing a travesty in this nation. It grieves my heart that the great-great-grandchildren of the men who spilled the blood at Gettysburg would be so willing to give away what cost their ancestors “their last full measure of devotion.”  What a slap in the face to their sacrifice.

Did you know that the average age of a Union soldier was 25 years old?  Were you aware that over 3 million such American fought each other and that over 700,000 Americans were killed by their fellow Americans? Read the facts here: battlefields.org/learn/articles/civil-war-facts.

In the 21st century how could so great of a nation produce such selfish and insolent posterity?

So, as I surf the net I see the seeds of insurrection bearing fruit as America’s recent public school graduates take to the streets with absolutely no knowledge of the sacrifices of those who came before them.  The government schools have programmed them…indoctrinated them…in an America-hating ideology, force-fed to them by the Communistic NEA.

Today, even some “national leaders” are calling for insurrection against a duly elected President.  My heart tells me that it will not be long until we see violence in the streets of America.

Here is the take-home.  Most Americans just want to be left alone.  They are tired of homo-policy gangs, and brutal baby killers masquerading as defenders of children.  It is not the Christians that are “forcing their belief on others” but the insurrectionists who demand equally for their deviancy and acceptance of their debauchery.  The last I looked it was the Leftist who were using the jackhammers to chip away at American hero monuments across this land.

The chickens are coming home to roost.  The children of disobedience are spilling out into our streets.  These demonically powered protestors will not go silently into the night.  Every major victory the Left has won has been snatched through the courts.  Despite what they tell you NONE of their diabolical agenda has ever been approved by the will of the American people.

Freedom isn’t free, as the old saying goes, and we now find ourselves facing a caged animal.  The Left’s last vestige of power, the Supreme Court, is slipping through their fingers and they understand what most of us have yet to figure out.  The LEFT rules by tyranny.  Forced acceptance is their method of evangelism. The courts are their enforcers of lawlessness.

So, on Independence Day I prayed that you sat with your posterity and explained to them the meaning of independence and the sacrifices that those who came before them made.  Although Lincoln’s words would have had more meaning had they been uttered by a President that understood individual liberty and State sovereignty they nonetheless ring true today.

It is for us the living, rather, to be dedicated here to the unfinished work which they who fought here have thus far so nobly advanced. It is rather for us to be here dedicated to the great task remaining before us — that from these honored dead we take increased devotion to that cause for which they gave the last full measure of devotion — that we here highly resolve that these dead shall not have died in vain — that this nation, under God, shall have a new birth of freedom — and that government of the people, by the people, for the people, shall not perish from the earth.

It is a perilous time to be an American and as is often repeated by military veterans who understand sacrifice, ALL GAVE SOME AND SOME GAVE ALL.

America needs a new birth of freedom.  Making America Great Again will not come easy.  There are enemies of liberty within the camp and they will not go down without a fight.  Do you have the courage it will require to birth this spirit of liberty?  Look deeply into the eyes of your grandbabies.

What price are you willing to pay?