Susan was molested by her father and her mother was addicted to drugs. She was taken from her home by child services at age ten and lived in the foster care system until the age of eighteen when she “aged out” of the system.  She was forced to take to the streets with a single suitcase.

It was mid-January in Rhode Island and Susan was freezing. It was just beginning to snow when a young man drove up beside her in his new, heated Infiniti and offered to take her for a cup of coffee. She hesitated for a moment, but he was cute and she could really use some warmth and rest, not to mention, she hadn’t eaten since dinner-time yesterday. She thought, “Maybe he’ll feed me lunch too.” So she got in.

By the end of the day, Rocko told Susan that she was beautiful and that he’d like to take care of her. He offered his place to her. She loved the way he made her feel wanted and safe. And she felt flattered by his invitation to live with him. She thought that it had to be better than staying in the shelter where she found it hard to sleep because of the noise and the fact that she had to lie beside dozens of strangers who would steal the shoes right off her feet if they had the chance.

In the first few weeks, Rocko was wonderful. Her fed her three meals a day, paid for her manicures, and bought her new clothes, including a gorgeous leather jacket. He told her he loved her and that maybe one day they would get married.

Everything changed on the day when Rocko told Susan that he didn’t have money for the rent. He told her that she could make them a load of money if she sold her body. He told her that in one day, she could make enough for a whole month’s rent. He told her that if she loved him, she would do it for him. Susan didn’t have to think too hard on it, because deep inside she felt that this was all that she was good for. When she was five years old, her dad began having sex with her and it lasted until the age of ten. When she was in her second foster home, her older foster brother also had sex with her. Hence, she learned at a young age that her value was based on satisfying men’s sexual desires.

Susan told Rocko that she would do it for him, so that he could pay the month’s rent. “But only for one day”, she told him. The following week, when Rocko told her that he needed her to sell her body again because he didn’t have money for the groceries, she told him “No.” That’s all it took, just one word. Rocko took his right fist and knocked Susan out cold on the kitchen floor. When she came to, he told her that he would kill her if she ever told him no again. From that day forward, everything was different.

Susan soon learned that if she didn’t turn tricks and earn at least a thousand dollars a day, she would get beaten severely.  She had to work three hundred and sixty-five days a week, all through the day and night, whether on blistering hot summer days or sub-zero winter days. After a year’s time, Susan tried to leave Rocko and the life. Rocko, however, always kept a keen eye on Susan and the other girls, and he eventually caught up to her and beat her so badly that she was in bed for a week.

While in bed that first night, she realized how dumb it was to try to leave. After all, where would she go? She remembered what it was like when she went a whole day without eating, and how lonely she was, with no one to talk to or tell her she was beautiful. It’s true that he now had three other girls whom she had to share Rocko’s affections with, and it’s true that every now and then he beat her, but that was her own fault. At least now she belonged to someone. Rocko was all she had. And she was his.

And because Susan felt this sense of belonging and loyalty to Rocko, she laughed at the Christian who approached her on the street one day, and told her that her organization could rescue her. Rescue her from what or whom? Rocko was her boyfriend—her family.  He loved her and she loved him. And if she were to leave the life, where would she go? What would she do? She had no relatives that cared about her, and no skills to support herself.  What’s even more important, is the fact that Susan had zero self-confidence and self-worth. This life and all that it entailed was all that she felt worthy of. And it was all that she knew.

The story you just read is an allegory, though real people live this life daily on the streets of most every city throughout the nation and world. Sex Trafficking is a real problem that touches us all.

Many people have watched the popular movie Taken starring Liam Neeson and assume that sex trafficking only goes on in Third World countries, and only involves the snatching of young girls. The truth is that sex trafficking goes on right here in the US and it can appear in various contexts. I live in Rhode Island and have read articles in the local newspapers on a continual basis that prove that it goes on in my state.

A month ago a friend of mine from Rhode Island told me a story that happened to her granddaughter (also a Rhode Islander) earlier in the year. This fifteen-year old girl was hanging out with her girlfriends when they met up with a family member and his buddies. The group of guys asked the girls if they wanted to go for a ride and because one of the guys was a family member, they agreed.

Unbeknownst to them, the girls were brought to a hotel located in Cranston.  Once inside, the guys proceeded to drug the girls and tell them that they were going to sell their bodies for sex. My friend’s granddaughter slipped into the bathroom, locked the door and called her father, who was related to one of guys. Her father drove immediately to the hotel, bust in the door and rescued his daughter while at gun point. Fortunately, no shots were fired. The family never called the police for fear of retaliation from the guys who knew where they lived.

I’ve shared two different stories that both depict what sex trafficking looks like, and still there are other forms.

There are statistics that say that around ninety-five percent of women or girls who are being trafficked have been sexually abused as children. I reckon that this is why I have joined in this fight to advocate for victims of sex trafficking. I was never trafficked commercially for sex, but I was sexually abused by several males throughout my childhood, and lived a promiscuous lifestyle for many of my teen and young-adult years as a result. When a girl is sexually abused as a child, she is made to feel dirty and worthless. She is taught that she is an object whose worth is only found in satisfying another’s sexual desires. She is especially easy prey for the one who bathes her with words of love and flattery. She wants to believe that his motives are pure; that he wants her for more than her body.

Lately, God has been bringing to my attention the women of the Bible who were known as sinners. I’ve read about Rahab, a harlot who was saved from death because she had faith in the God of the Israelites, and of women in the New Testament whom Jesus sat with and loved. There was the woman “who loved much because she was forgiven much.” She wouldn’t stop kissing the feet of Jesus. Then there was the Samaritan woman who married five times and was living unwed with another man. In another account I read of the woman who committed adultery. In each of these biblical accounts we see that Jesus did not look down on these women; He loved them! I feel that God is pouring into my heart compassion for the broken and abused women of my day. Yes, even the sinful ones.

I founded Tin Man Ministries three years ago with this goal in mind—to bring healing and restoration to survivors of sexual abuse. I’ve written a book called The Tin Man-The Voice of an Incest Survivor which is a healing tool for survivors. I have also created an eight-week, Christ-centered workshop called Healing Hearts, which takes survivors through the healing process. I have been facilitating these workshops for two years now and it brings me much joy to see God, our loving Father “bind up the broken-hearted.”

A year ago I became familiar with the horrific crime that we call human trafficking or sex trafficking. I felt God burdening my heart to do something, so I asked Him to lead me. He has led me to pray monthly in the state house with Cheryl Russell of PrayRI and to lobby in an effort to change public policy on this issue. I spend much time raising awareness, which includes using the World Wide Web, as well as visiting people within various institutions around the state who may come in contact with victims of sex trafficking. 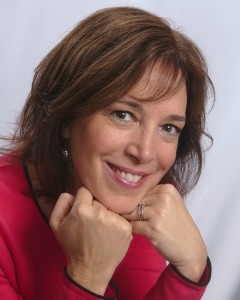 I have a dream, one which God placed on my heart, to open a home that will be a refuge and place of healing for women who have come from the life of sex trafficking. Pray with me, that this vision of God’s, to see His daughters healed and their lives restored, will come to pass. In addition, Tin Man Ministries is having a Movie Screening Event of the award-winning documentary called Nefarious: Merchant of Souls. It will be on Tuesday, July 28th at 7 p.m. at Genesis Church in Coventry. At this event, we will unite, get informed, pray, and learn how we can get involved in this fight to abolish sex trafficking, also known as modern-day slavery.

Pray with me…Loving Father, we pray over these groups in Rhode Island—the politicians, sex traffickers (or pimps), johns (buyers of sex, inc. porn), trafficked girls (or women) and troubled girls (including those who’ve been sexually abused as children who are easy prey), that You “give to them a new heart and put a new spirit in them; that You remove from them a heart of stone and give to them a heart of flesh” (Ezekiel 36:26). Remove the spirit of seduction and exchange it with a spirit of purity. Pour out Your Spirit upon all Your sons and daughters in Rhode Island. Be glorified in us and through us. Amen.

Here are a few ideas of what you can to do to be of assistance today…PRAY! Raise awareness-talk about it. Don’t be afraid to say the word “sex” or “sexual” (as in sexual abuse); get involved with lobbying or advocating for change in public policy; support organizations financially; volunteer with a local organization.

Organizations in RI (All are non-profit)

-Tin Man Ministries—(Christ-centered) Promotes healing for survivors of sexual abuse and advocates for victims of the sex trafficking trade. www.tinmanministries.com.

-Stop Abduction—Offers a preventative curriculum that includes education and self-defense for K-College. www.stopabduction.org.   855-882-7070.