While the Senate Wrangles with Possible Shutdown, Americans—from Both Parties—Continue Giving to Fund the Border Wall “By the People” 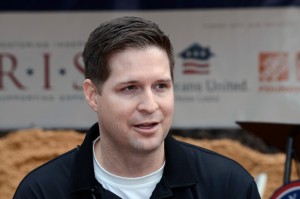 “This is America coming together. They want the wall and they’re putting their money where their mouth is and funding it.” – Brian Kolfage

The GoFundMe campaign to fund the border wall, begun by triple amputee and Veteran Brian Kolfage, has grown exponentially in just the 4 days that it has been posted.

At the time of this writing, funding for the wall had reached $12,387,440, raised by 203,220 people. The campaign was posted by Kolfage on December 16th, reportedly after he had read a NY Post article in which the author had questioned why such an effort had not yet been attempted.

“This is the United States … we can do anything we want,” said Kolfage when questioned about critics of his campaign on a Fox News interview earlier this week. “If people want to donate to that wall and give their money, they can do it.”

Kolfage noted in the interview that there was “an outpouring of Democrats that are messaging me and giving to this wall fund, it’s from both sides of the aisle—but you don’t hear the liberal media saying that.”

He added, “This is America coming together. They want the wall and they’re putting their money where their mouth is and funding it.”

It should be noted that there is an attempt to undermine the border wall fund, in that a campaign was begun to raise money for ladders to be used by migrants in illegal entry into the United States. That fund, however, pales in monetary comparison with the border wall campaign, and is possibly not a legal venture in the first place, since it would be supporting what is against the law.

To find out more about the border wall campaign, visit, gofundme.com/TheTrumpWall#