Who Is Really Meddling?

A fair question no doubt, considering the constant 24/7 drumbeat from both the mainstream media and the political establishment regarding Russia’s interference in our 2016 election. 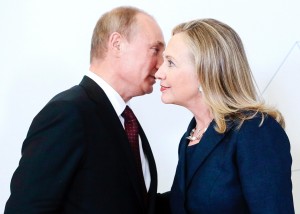 However, according to a new book titled Russian Roulette by Michael Isikoff and David Corn, the Obama Administration knew long before the 2016 presidential election that Russians were hacking into our computers, and that our National Security Agency had a number of cyber counterattacks ready to go. All that was needed was for President Obama to order the strike, yet the order never came.

It was later revealed that Obama was more concerned about the political optics of the 2016 presidential election than confronting the Russians directly regarding their meddling – or for that matter any actual concerns regarding our national security interests.

Besides, it was universally assumed Hillary Clinton would be the next President of the United States and that this intrusion by the Russians would be swept under the rug (like so many of Obama’s other infractions).

“One of the candidates, (Trump), as you recall, was predicting that the election was going to be ‘rigged’ in some way, we were concerned that by making the statement we might, in and of itself, be challenging the integrity of the election process itself.”

Which makes no sense whatsoever, in that neither campaign was notified by the Obama Administration that a foreign country was attempting to meddle within our election process.

Additionally, when the Obama Administration willfully meddled in the election process of an ally – Israel – for political expediency, there was hardly a ripple within the progressive press or among Democrats.

Lest we forget the Obama Administration targeted Israel during their election primary, specifically attempting to undermine the reelection of conservative Benjamin Netanyahu in the March 2015 election for Prime Minister.

Moreover, according to the U.S. Senate Permanent Subcommittee on Investigations (PSI), the State Department gave $350,000 in U.S. taxpayer-funded grants to political action groups in Israel to actively campaign against the Israeli Prime Minister.

The investigation into the Obama Administration egregiously targeting a friendly ally was conducted by Chairman Bob Portman (R-Ohio) stating, “It is completely unacceptable that U.S. taxpayer dollars were used to build a political campaign infrastructure that was deployed, immediately after the grant ended, against the leader [Netanyahu] of our closest ally in the Middle East. American resources should be used to help our allies in the region, not undermine them.” 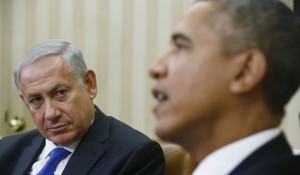 Mark Mellman, a strategist for former Democratic Senate Minority Leader Harry Reid who worked for Yesh Atid during the Israeli campaign, acknowledged that Obama’s overt mistreatment of Netanyahu during his state visit to the White House “only enhanced Netanyahu’s standing with his constituency”.

Republican strategist John McLaughlin told one radio station in New York, “What was not well reported in the American media is that President Obama and his allies were playing in the election to defeat Prime Minister Netanyahu,” there was money moving that included taxpayer U.S. dollars, through non-profit organizations. And there were various liberal groups in the United States that were raising millions to fund a campaign called V15 against Prime Minister Netanyahu.”