The WHO is still pushing for global Vaccine Passports. Don’t think for a moment the vaccine pushers and globalist tyrants are done with COVID. 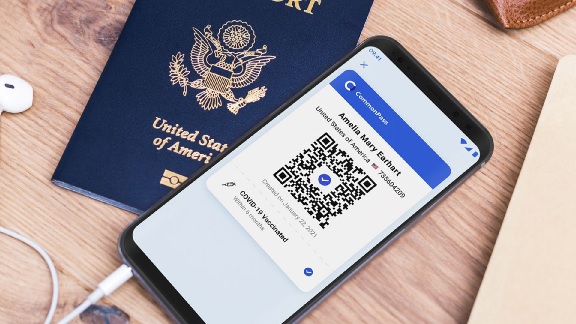 The Jerusalem Post reported that COVID is on the rise in Israel and a fifth booster may soon be available. Even mask mandates are returning in some places. And WHO Director-General Tedros says there is “not enough testing, and not enough vaccination.”

Biden, Tedros and other key WHO stakeholders like Bill Gates, George Soros, Bill Clinton, Big Pharma and communist China all have their own reasons for a One World Government. For some, it is a combination of global vaccines, population control, climate change, world domination or anti-America sentiments—all they need is a centralized global enforcement arm.

These groups want nothing more than to crush America’s independence and make you beg for crumbs of freedom.

Allowing WHO any more power through a Pandemic Treaty or future amendments to the IHR will crush freedom and the independence of the medical profession. WHO will dictate what doctors can prescribe and which medications you can receive. Worse, WHO will dictate what substance must be injected into your body.

WHO, like the United Nations, has sovereign immunity from lawsuits. You cannot take WHO to court when it infringes on your freedom or when its directives (like mandatory “vaccines”) injure you.

WHO’s member states comprise 99.94% of the world’s population. Remember, , and instantly two continents and the European Union jumped on board.

Call members of Congress now to stop the U.S. from giving more power to WHO.

When our nation was founded, government power was shared and limited through a system of checks and balances. Yet now, the White House wants to give away the farm to globalists! Yielding power to WHO is a huge step toward a ONE WORLD GOVERNMENT.

The White House did everything it could to hide Joe Biden’s original IHR amendments from the public, quietly sending them to WHO without an official statement or a single press conference. And we don’t know what the Biden administration is doing behind lawmakers’ backs now that more amendments can be sent by the end of September.

In addition to Biden’s IHR amendments and those from others, the Pandemic Treaty is also in the works. Both tracks must be stopped.

Our team is intensely working to counter this threat. Partners like you undergird the mission of Liberty Counsel to make our vital work possible. In the next few days, we will be filing major briefs with two separate courts of appeal. One involves our military class action case, Navy SEAL 1 v. Austin. I will update you on developments as soon as possible.

Donate through our Challenge Grant to DOUBLE the impact of your gift.