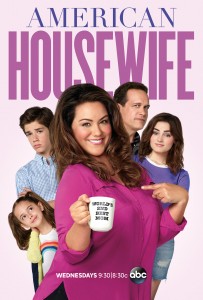 A watchdog group that monitors television content says ABC missed an opportunity to have a decent show in its Wednesday prime time line up.

The network’s tagline for sitcom American Housewife calls the main character “America’s most relatable mom,” but Monica Cole of One Million Moms says the show has ruined a good idea with foul language.

The sitcom follows character Katie Otto and her family trying to fit in among rich neighbors in Westport, Connecticut, creating scenarios to explore issues such as wealth and greed, body image, and strong marriages.

Cole says good life lessons in the show are overshadowed by foul language uttered by the show’s parents, neighbors, and even the children in the cast.

“It’s a missed opportunity when ABC could have had a decent program for families to watch,” she says. “Because of every age being represented in the program, it could have been a family-friendly program but the language and the dialogue completely ruin that opportunity for families.”

One Million Moms is calling on advertisers to pull their financial support of American Housewife.