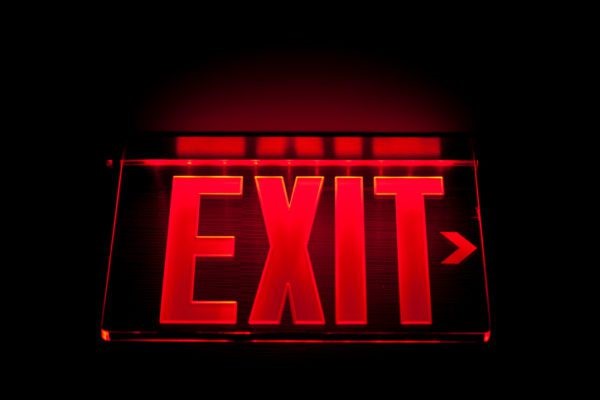 Among the tens of thousands of people who have left the faith as they’ve gone through their high school and college years over the past few generations there are probably tens of thousands of reasons why they left. Each person might have dozens of different events, questions, doubts, or desires that led them in a different direction. But at the heart of it all, when you listen to those who have left when they talk about why they moved on from the church, two clear reasons can be seen at the foundation of each person’s departure. Let’s tackle the second biggest reason first.

It seems so obvious, and yet it keeps on happening. We all know that it can be hard to be a Christian sometimes and that sometimes the only thing that keeps a person steady is the knowledge that Christianity is true, and that no matter how we feel about serving God in any given moment we have to persevere because it’s the right thing to do. Unfortunately, those who have left the church don’t have that mindset. In fact, research shows that there are plenty of people who are still members of churches who don’t think like Christians, either.

In 2009 the Barna Group surveyed the worldviews of Americans. In the study they gave a very broad definition of the Christian worldview based on six principles: that absolute moral truth exists; the Bible is totally accurate in all of the principles it teaches; Satan is considered to be a real being or force, not merely symbolic; a person cannot earn their way into Heaven by trying to be good or do good works; Jesus Christ lived a sinless life on earth; and God is the all-knowing, all-powerful creator of the world who still rules the universe today. What they found was that only 19% of those “born-again” agreed with all six statements compared with 9% of the American public. Most shocking, however, is the fact that less than .5% of people between the age of 18-23 held to those six biblical beliefs.

The younger generations have almost completely rejected the Bible’s teachings, and their Christian peers are often right there with them in disowning God’s words. One study showed that religious progressives easily outnumber religious conservatives among Millennials. Younger Christians are more likely to be accepting of popular sins like homosexuality. More of them are accepting of evolution than their predecessors. They leave because they simply don’t think like Christians. God’s word isn’t a lamp unto their feet nor a light unto their path.

If you’re a parent, think about your own children for a second. Or, if you’re a church leader, think of the young people in your church. Can they answer why they believe in the Bible? Can they explain why the Bible is against fornication, pornography, homosexuality, transgenderism, and any of today’s other popular sins? Can they “give an answer for the hope that is within them?” If you’re not sure, just ask them. Help them see the world through God’s eyes and start building that biblical worldview before the world does everything in its power to turn them from it. There are a lot of hard questions out there that are going to be thrown at them from every angle. If they haven’t already been trained to think like Christians when those questions hit them, it might be too late.

What young people need as much as anything is a solid foundation in the truth. They need apologetics. They need to know how to defend their faith against the world’s attacks. Sometimes we get so stuck in teaching against the biggest threats of the past that we miss the bigger, more current heresies challenging the youth and our fellow Christians. Parents, ministers, Bible class teachers – encourage questions, and be ready to answer them. Yes, even the difficult, uncomfortable ones. We can’t afford to keep on losing young people because they haven’t been trained to think like Christians. 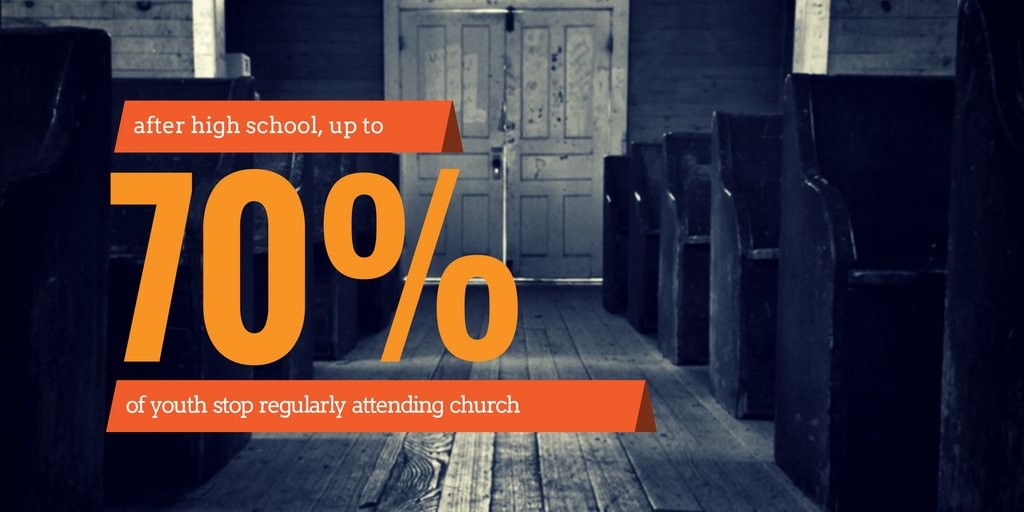 They leave because their hearts have not been given to God

While this reason (like the last) seems simple, it is what it is. If a person has been discipled to follow Christ and has the heart to do so, they will remain faithful regardless of what life throws at them. But if their hearts have not been won, it doesn’t matter how many Scriptures they know or how many times they enter the church building as they grow up. Remember the rich young ruler of Luke 18 knew the commandments and practiced them regularly… but he refused to give God his heart. Like him, too many young people in today’s church leave with heads full of knowledge but hearts empty of zeal and love for God.

I understand that there are those who leave out of frustration with the church, but that just solidifies the point at hand. First, those who play a part in driving such people away clearly are not showing what a Christ-adoring heart looks like in day to day life and in the relationships we build with each other. I am sorry to anyone whose experiences while being in the church played a role in pushing them away. The church is made up of people and that means a lot of imperfection. But secondly, a person who has given their heart completely to God will not let anything or anyone knock them off course, regardless of how much a person or congregation has done to them. If a person’s life is guided first and foremost by a love for God, nobody can take that away.

But while there are those out there who hold resentment and bitterness toward the church, a large number of people just… drift. As they go to college or start their careers, being part of the church just slips down the priority list until one Sunday morning they wake up and realize they can’t remember the last time they attended worship. Others begin abandoning the biblical teachings they know to be true one by one as their crowd’s influence begins to sway them. In either scenario, the heart doesn’t belong to God and therefore it doesn’t prioritize Him.

So many things compete for a person’s heart. Sports, school, work, entertainment (video games, TV, etc.), friendships, relationships, and so many other things want first place in the lives of Christians. It’s up to parents to guide their children’s hearts toward God. There is a time and place for those other things, and they each have their value. But in far too many lives they become idols that do exactly what idols did to the people of Israel – lead them astray more with each passing generation. That’s why developing hearts for God has to be priority #1 in every Christian home. Everything else – all the sports and activities, all the entertainment, all the friendships – must be filtered through that goal.

While nobody can make another person follow Jesus and people are ultimately responsible for their own decisions, parents (and ministers, elders, and whoever else can help) have to take the time to strive to lead the hearts of the young to the Lord. This happens through Deuteronomy 6-style teaching, where God is emphasized every day. This is done by showing what it means to love God. This is done by demonstrating how to have a personal study and prayer life and how to serve as part of the church. This is done by not putting the emphasis on just getting baptized and showing up to church but on feeling God’s love and grace.

As much as it is in your power, show your children how (and why) they should love God. As they reach the age of considering Christianity, help them realize the weight of their sins and the depth of God’s love for them. Help them fall in love with Jesus and want to be just like Him. Win their hearts, and you’ve very likely won their souls.