Almost 2 million people in California and the Midwest live on aquifer sites which have up to 180 times the safe level of uranium, according to a recent study by US researchers.

Some 275,000 groundwater samples were taken for evaluation, and it turns out that many Americans live about a kilometer from wells that are uranium-polluted, scientists from the University of Nebraska-Lincoln discovered. 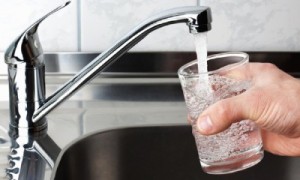 Seventy-eight percent of the pollution comes from nitrate, the contaminator deriving from chemical fertilizers and animal waste. Nitrates oxidize uranium, making it soluble in groundwater.

The aquifers are under the rich soil layer, which is fertilized by nitrates. That’s when they get to the aquifers.

“It needs to be recognized that uranium is a widespread contaminant. And we are creating this problem by producing a primary contaminant that leads to a secondary one,” co-author Karrie Weber, assistant professor of biological, earth and atmospheric sciences at the UNL, said, as quoted in the official press release.

The concentration in Great Plains (Midwest) measured up to 89 times higher than the standards set by the Environmental Protection Agency, while California aquifers proved to be even more contaminated, with 180 times the safe amount of uranium found there.

The High Plains aquifer is the largest in the US, and it gives water to eight states, from South Dakota to Texas. The Central Valley, in its turn, provides for the California’s most fertile agricultural regions.

All in all, the two aquifers in question give water to one sixth of the US cropland.

“When you start thinking about how much water is drawn from these aquifers, it’s substantial relative to anywhere else in the world. These two aquifers are economically important — they play a significant role in feeding the nation — but they’re also important for health. What’s the point of having water if you can’t drink it or use it for irrigation?” researcher Weber said.

The research was published in the August edition of the ‘Environmental Science and Technology Letters’ journal. Part of the funding came from the US Geological Survey.