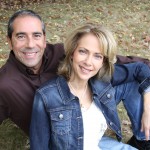 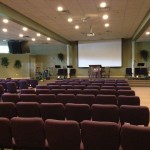 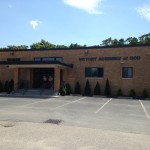 It’s easy to look around and be discouraged these days. From every observation point we see a world in turmoil. The problems are many and solutions difficult, or are they?

I’ve written a good deal over the years about “the problems”, and even more about the “difficult solutions” as I see them. But along the road I’ve also been a witness to the efforts of those concerned only with God’s word and the guidance it provides to all who hear it. These experiences have inspired me to dig deeper and explore Christianity as a means to understanding and ultimately addressing the societal ills facing the United States, and frankly the world we influence. You see, politics and bloviating aside, I’ve come to the realization that the road to a better world begins and ends with an individual human beings personal relationship with Jesus Christ. And while there will be bumps in that road, we may always return to the foundational truth of our very existence, and the forgiveness and salvation that comes with it. Ultimately, this is and always will be the medicine for what ails us as a society, as a people, and ultimately as a planet.

Accordingly, and in the face of so many man-made walls, the church must be a place where those walls come down, a “transformational” place where one people unite behind God’s purpose and find the strength to change lives, theirs as well as others. You see, if we truly desire to live as God would have us, and to reconcile our lives in the peace and contentment of a strong family and faith, then the “mission” must be to establish a solid spiritual foundation first, a sort of baseline of faith in God and service to your fellow man. From there, all things are possible. Regrettably, man often becomes mired in his own vanity, as he believes he has all the answers. “The Good News” however, is that it’s not too late to take a page from His book, embrace the Holy Spirit in all of us, and be part of the solution.

-The now 50 year-old Richard Sfameni told me that when he was in school, he was always more interested in “bunking” and hanging out with friends rather than actually going to school. Admittedly he explained, of his last three years in high school, fully one of them was spent away from the classroom. But for a friend who steadfastly witnessed to the Catholic born and raised Sfameni, he spent most of his time running from the God he knew he believed in. God was faster though, and not long after he graduated, Richard Sfameni would give his life to Christ and begin a journey that continues today.-

With a passion to reach the lost and to present Scripture-filled preaching to a growing community, Rev. Richard P. Sfameni founded Victory Assembly of God in Providence, Rhode Island in 1989. Pastor Richard received his ordination in 1991 through the General Council of the Assemblies of God. His heart for missions has taken him to Romania, EI Salvador, Colombia, Dominican Republic, Amsterdam, Zimbabwe, Ghana, Nigeria, Sierra Leone, Liberia and Kenya. In addition to pastoring a local church, Rev. Sfameni serves on the Board of Directors for Barnabas Ministries, Dream Again Ministries and is also a member of the Board of Trustees of Zion Bible College, as well as the Zion Alumni Association. In 2005 Pastor Richard was elected Presbyter of the Rhode Island Section of the Southern New England District of the Assemblies of God. He graduated from Zion Bible College in 1986 and from Gordon Conwell Theological Seminary in May of 2007 with a Master of Arts in Urban Ministry. Pastor Richards’s wife of nearly 20 years and Co-Pastor of Victory Assembly of God, Rev. Lisa J. Sfameni, stands alongside her husband, serving in administration and providing the necessary leadership skills to families to live a Christ centered life in an ever-changing society. As an ordained minister of the Gospel, Pastor Lisa graduated from Zion Bible College in 1986. She is a great source of encouragement to the body of Christ as she declares the goodness of God through anointed worship as Victory’s worship leader. With the release of 3 gospel CD’s inspired by heartfelt worship, Pastor Lisa continues to inspire and teach women how to follow hard after God’s heart and to use their gifts for His honor and glory. Pastors Richard and Lisa have two teenage children, Philip age 18, and Hannah age 16. Together, they have a burden to reach the lost, heal the brokenhearted and to equip the saints for the future of the Kingdom of God.

This August Victory Assembly of God Church will celebrate its 25th Anniversary, and Senior Pastor and Rev. Richard P. Sfameni wanted to share his mission and honor Christ by showcasing what God has done through ordinary people. It wasn’t always easy to be sure, as Pastor Richard told me when we sat down to chat this past week. He remembers vividly when he was told his burgeoning church could not use the hall he had hoped to use for services. Dropping to his knees, the 25 year-old pastor found himself in that awkward faith moment when one door closes and another opens, the time in between being that tricky trusting in God part. Pastor Richard explained that soon after the bad news, he was approached by a couple interested in attending his church. At hearing Pastor’s dilemma, the man explained that he knew of building for rent on the north end of Providence, and that he was sort of the building manager. Pastor Richard had actually researched that very store front however, but had determined that it was too expensive at around $750.00 dollars per month, and it needed work. “The other door” then abruptly swung open as the man explained he could get them a good deal, and that he did. The rent would be $350.00 and the owner even threw in some supplies to help ready the space for services. In an ironic but “only God would know” twist, Pastor Richards parents later explained to him that the rental space was actually the very place where they had run a small Italian restaurant back in the late 40’s and early 50’s. It was in that instant that Richard was taken aback, and the good pastor was floored by the power of Christ…

Pastor Richard’s church would ultimately grow as his mission did. Victory would purchase the store front at auction and later move to Admiral Street to accommodate a growing number of believers, and Pastor Richard would tap the resources of a varied and talented group of pastor’s and church elders to bring God’s message first to the local area, then to the surrounding communities and states like New York, and finally as far away as El-Salvador, Mexico and Haiti. Explaining to me the tenets of Acts 1:08, (But you will receive power when the Holy Spirit comes upon you, and you will be my witnesses in Jerusalem, throughout Judea and Samaria, and to the ends of the earth.”), Pastor Richard highlighted the nearly 30 nations represented at Victory, and how many were first generation. He exuded confidence like only one understands, it is God’s will that his dedicated group of believers, confident in their mission to draw out God’s individual plan for all of His people, are truly building a “house for all nations”.

Pastor Richard and I talked more about the growth of Victory and how the church added an additional Sunday service back in 2012 to accommodate still more believers coming to worship. When I asked what was the message of the 25th Anniversary celebration, he told me, “Well, it’s just that, a celebration of God’s goodness and mercy.” It was at that moment I realized the segue from the beginning of this article was right on the money. We mustn’t be consumed by what we see all around us every day. News is ratings and ratings are usually someone’s suffering. Now I’m not so naive to think we can end all suffering by simply ignoring it, but the truth is, there are real people out there doing real work in Christ’s name. It’s good and righteous work, and it lifts the soul when we learn of it, let it in, and partake of it.

Victory would eventually move to its current home at 321 Veazie Street in Providence, Rhode Island in 2003 where the work is ongoing as the need is always there. Services have been expanded to include youth and compassion, men’s and women’s, teaching and music ministries, each with its own overseer and group support. The Victory staff are hard at God’s work all over the local area distributing food and necessities to the needy and the homeless through programs like the “Victory Cafe”, where the food and fellowship are free in an environment of love and faith.

Pastor Richard has traveled to the corners of the globe on nearly twenty missions of his own, seeking to touch as many lives as he can. The church’s overseas missions now total over twenty five as well. Pastor showed me around the facility and I could sense the pride that had been born of hard work and dedication to something he understood long ago to be bigger than he was. Looking around the large, accommodating and well kept building, it was easy to imagine its humble beginnings and the dedication of Pastor Richard, his wife and the faith driven team at Victory. The more I see of these people and the effort they and those like them have made and continue to make on behalf of their fellow man, the more my faith grows and my cynicism diminishes.

So as Victory Assembly of God prepares to honor and celebrate the power of the Holy Spirit, and to rejoice in the good things it provides, let’s all pause for a moment and reflect. How much of this life do we really know aside of what we let in, and how small is that if we only lay eyes on the bad? Pastor Richard and company would like you to join with them and celebrate the good that comes from faith, fellowship and a service to your fellow man. Open your eyes and look, their work is truly “The Good News Today”…

For more information on the transformational message of Victory Assembly of God Church, as well as past, upcoming and regular events, please visit their website at www.victoryri.org. The church is located at 321 Veazie Street, Providence, Rhode Island or call 401-455 0060.