35,000 Welfare Recipients Wake Up to Brutal Surprise in Alabama

Apparently, 35,000 welfare recipients in Alabama can’t even work 20 hours a week to get their benefits.

According to AL.com, a change in the food stamp program to require people in Alabama who were able-bodied to work just 20 hours in a week to receive benefits has culled the rolls of those ages 18 to 49 from 49,940 to 15,375. The drop took place between Jan. 1, when the law took effect, and April 1.

Alabama was one of the states that received a waiver from the Obama administration for the work exemption in the Supplemental Nutrition Assistance Program.

“The Personal Responsibility and Work Opportunity Reconciliation Act of 1996 limits the receipt of SNAP (Supplemental Nutrition Assistance Program) benefits to 3 months in a 36-month period for able-bodied adults without dependents who are not working at least 80 hours per month,” the USDA’s website read. 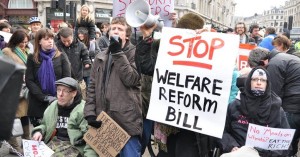 However, the SNAP waiver expired Jan. 1 in Alabama, except in certain counties where the unemployment rate was higher than 10 percent. So, what did those on food stamps do? Try to get employment? Nope. They simply stopped receiving benefits.

Barry Spear of the Alabama Department of Human Resources says that the state will see a savings of $6 million due to the changes.

Let’s keep in mind that the state of Alabama didn’t just drop this on them without warning. Letters were sent out to those who could lose benefits in the months leading up to the change, warning them about what might happen.

And those truly unable to find work could enroll in a job training program to maintain their benefits as well.

This puts the lie to the old Democrat claim that most of the people on government assistance are simply down on their luck and need a hand. Faced with finding a job or work training with almost nothing hours or losing government aid, they simply decided that government aid was less important.

While liberals will let out a hue and cry about this, its proof yet again that the welfare system infantilizes Americans to an incredible degree.