MADISON, WS – Two universities are under attack by the Freedom From Religion Foundation for the role of Christianity on their football teams. 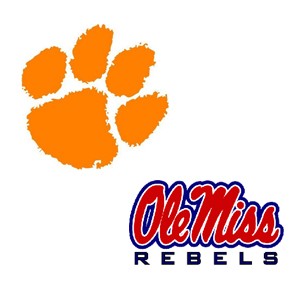 The Wisconsin-based anti-Christian organization claim both Ole Miss and Clemson inappropriately use schoolresources to promote Christianity. The Freedom From Religion Foundation is also concerned about a Sunday worship service that players can voluntarily attend.

John Powell is going into his second season as the chaplain of the Ole Miss football team. Unlike coaches and staff who are considered state employees, the Fellowship of Christian Athletes (FCA) funds Powell’s position.

Last spring, the group complained about the Clemson football team having voluntary Bible studies and chapels for its athletes. The Clemson coach was also accused of using his Christian faith to recruit athletes.

“As Christians in sports, we need to pray that Christian sports organizations have the freedom to minister on campuses throughout the United States,” said 4 WINDS President Steve McConkey. “The Freedom From Religion Foundation organization is relentless. If all attacked teams stood-up, their efforts would be stopped.”

McConkey says most people do not know the connection between Freedom From Religion and the abortion industry.

Anne Nicol Gaylor started Freedom From Religion in 1976 in Madison, Wisconsin. During that same year, after being a part of the Zero Population Growth group, Anne Nicol Gaylor, a University of Wisconsin chemistry professor, and his wife started the Women’s Medical Fund which provides money for abortions.

In 2004, Anne Nicol Gaylor stepped down from Freedom From Religion, but she is the mother of current co-director Annie Laurie Gaylor. The Women’s Medical Fund is still operated by the mother.

“The Freedom From Religion Foundation is not just about abolishing Christianity,” said McConkey. “What they really desire is to eliminate Biblical standards that Christians uphold. This is obvious when you see the connection to abortion.”

4 WINDS is a Christian ministry for all athletes. Currently, they are speaking out against issues that are coming into sports. Recently, they took a stand against the United States Olympic Committee’s homosexual policies.