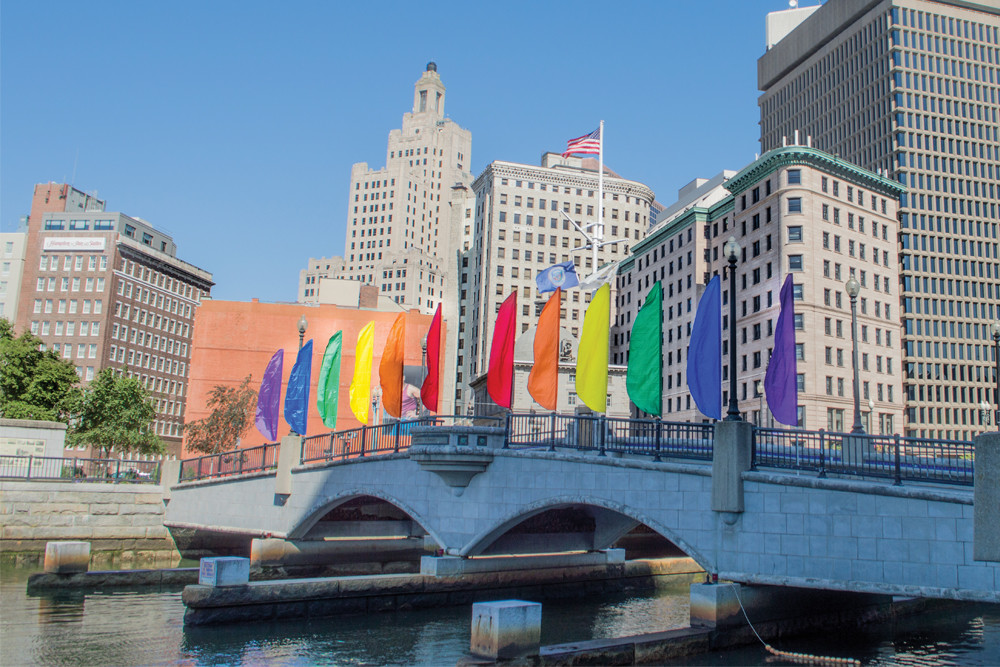 Christians are often accused of being reactive versus proactive. Instead of anticipating an opportunity, we oftentimes miss chances to be “salt” and “light” in today’s world.

Publicity is currently underway for “Gay Pride” events in cities across America. “Coming to a theater near you” are well-funded programs promoting the LGBTQ agenda. A generation ago, the idea of citywide celebrations featuring homosexual, lesbian and transgender themes was basically unheard of except in some liberal locations.

Not anymore. Since former President Barack Obama declared June as the first “Lesbian, Gay, Bisexual, Transgender Pride Month” in 2009, there has been an explosion of gay-oriented festivities in cities across America. As president, he was a passionate advocate for gay-related issues and helped legitimize a lifestyle that previously was identified with sin, shame and social stigma.

When we hear about upcoming gay pride activities in our city, what should we do?

I’ve gone to 15 gay pride events because I believe it is God’s will for me. It’s not necessarily for everybody, as individuals must be careful due to nudity, drugs and offensive behavior. There are also levels of Christian maturity.

Here’s the deal: attendance or avoidance of gay pride events is an individual matter requiring the leading of the Holy Spirit. To make a biblically informed decision, prayerfully consider five reasons why I go with the approval of leaders and covering of intercessors. 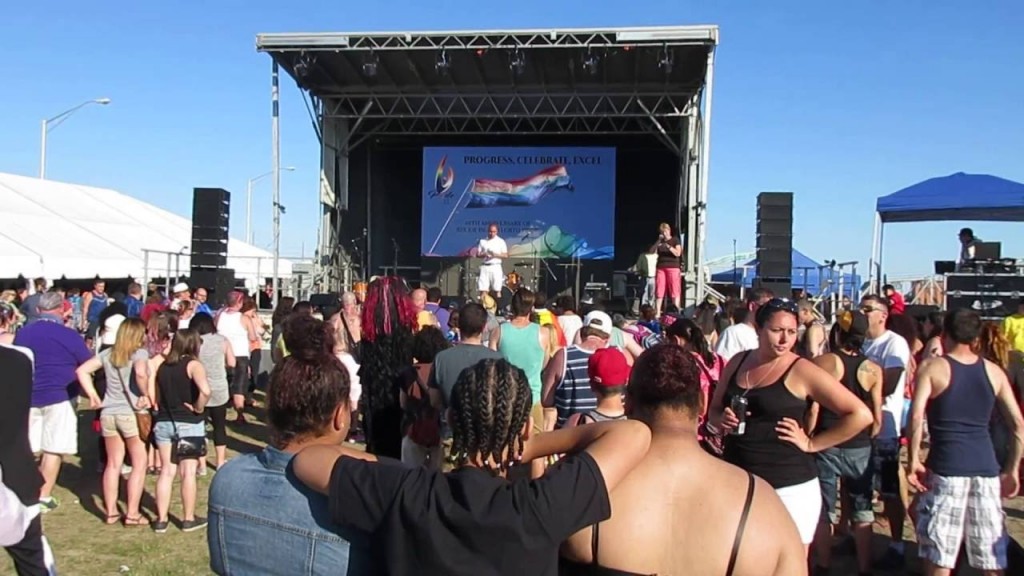 Forty years ago, we planted a church in Washington, D.C., through an outreach that grew from a few to 2,000 quickly. We were inspired by Mathew 9:36-38.

“But when He saw the crowds, He was moved with compassion for them, because they fainted and were scattered, like sheep without a shepherd. Then He said to His disciples, ‘The harvest truly is plentiful, but the laborers are few. Therefore, pray to the Lord of the harvest, that He will send out laborers into His harvest.'”

When you wade through the crowd at gay pride events and look at the forlorn faces and into the empty eyes of those present, self-righteousness dissolves as you feel what God feels for the crowd. Despite the glitter, costumes, slogans and beer, these are broken people whom God loves and longs to redeem.

Milling around the grounds, many people resemble zombie-like figures. Blank stares and plastic smiles can’t mask emptiness. Many have been sexually abused or raised without parental love so I call to mind that Jesus came to “seek and save that which was lost” (Luke 19:10).

The rejection is obvious so I don’t try to relate to people in some mechanical way or by blaring a bullhorn. I strike up casual conversations by citing a message on their T-shirt or simply sitting down next to somebody sitting alone. Like Jesus with the woman at the well, I take a genuine interest in their life, awaiting the time to share the gospel.

It’s been said, “People will never care how much we know until they first know how much we care.” Dr. Martin Luther King Jr. said, “Whom you would change, you must first love.”

People struggling with rejection find it difficult to receive love so it must be practical. “My little children, let us love not in word and speech, but in action and truth” (1 John 3:18).

I have served at “Pride” events with teams of caring Christians by buying someone a refreshment or setting up “dream interpretation” booths wherein we have opportunities to connect with people in a compassionate way. Spiritually sensitive believers can minister God’s love to confused and depressed people.

There were only two things in life that are eternal: the souls of men and the Word of God. Daniel 12:3 reminds us, “Those who are wise will shine as the brightness of the expanse of heaven, and those who turn the many to righteousness as the stars forever and ever.”

Taking time to invest in wayward individuals is a worthy endeavor. Gospel “seeds” are planted by engaging in a natural, relational away and then leaving them to ponder an appealing, personal testimony tract.

Cheesy, condemning gospel literature rarely works, but what I hand individuals are my personal tracts or those from former homosexual, Stephen Bennett Ministries. (This newspaper is a great handout also.)

There are basically three groups of gays: 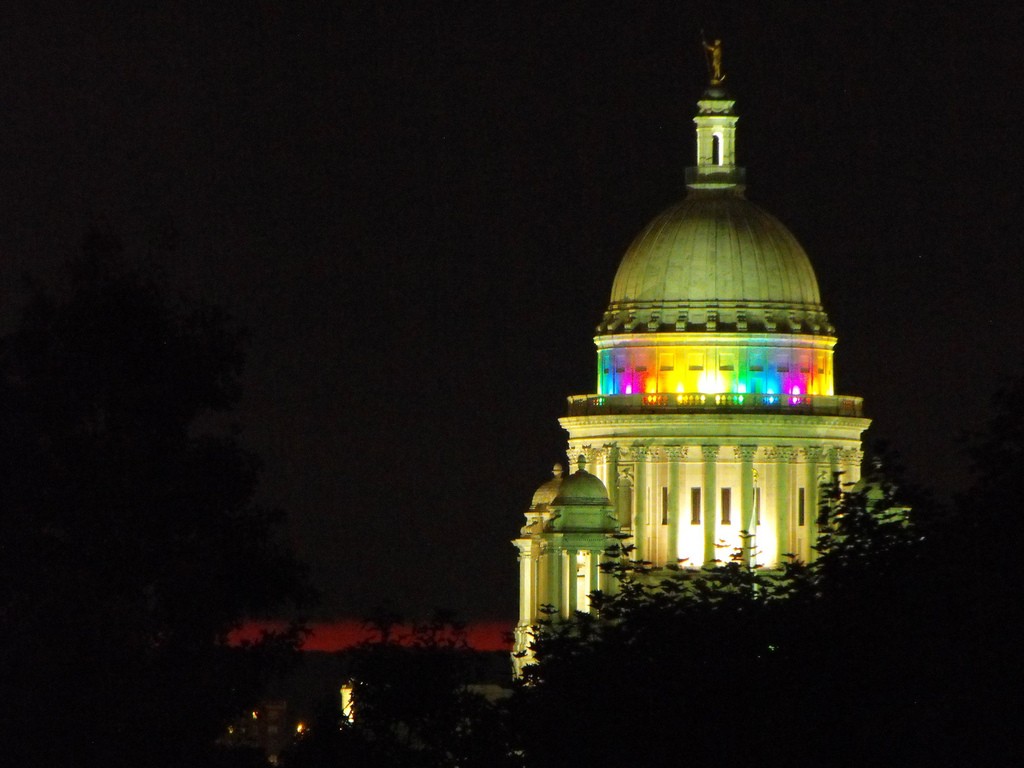 Now is the time to ask God regarding possible engagement and strategy. Talk with pastoral leadership and form supportive teams. To educate yourself, friends and your flock, tap into the book and free videos in the Bullseye Challenge. Prepare now for fruitful outreach!

Not long ago, I had a divine appointment with John, who was struggling with homosexuality and later, AIDS. He had a wife and daughter and eventually succumbed to the disease after yielding his life to Jesus as his Lord. I handled his memorial service that was attended by dozens of his gay friends.

My time with John and his friends was time well spent. Remember, many opportunities for sharing Christ come disguised as unwelcome interruptions.

Maybe God is arranging opportunities for you at the upcoming gay pride event in your city.