(Washington, DC) The United States marked 42 years of legalized abortion in all fifty states at any time for any reason throughout pregnancy on January 22nd, the anniversary of the Roe v. Wade Supreme Court decision. Since that time, there have been approximately 57,762,169 abortions that have destroyed the lives of unborn children.

How is that number calculated? 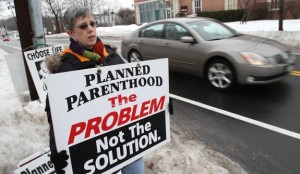 A few years ago, in the document, “Abortion Statistics: United States Data and Trends,” National Right to Life Committee education director Dr. Randall K. O’Bannon issued an estimate of the number of abortions tabulated annually by the Centers for Disease Control and the pro-abortion Guttmacher Institute up to that point.

Guttmacher receives numbers directly from abortion centers themselves and is the prime source for more current figures because the Centers for Disease Control has never tabulated accurate numbers of abortions. The CDC provides some help in tabulating abortion figures, but it relies on figures from state health departments, some of which rely on voluntary reporting — and it hasn’t had data from some states such as California and New Hampshire for more than a decade.

“Because of these different methods of data collection, GI has consistently obtained higher counts than the CDC. CDC researchers have admitted it probably undercounts the total number of abortions because reporting laws vary from state to state and some abortionists probably do not report or under-report the abortions they perform,” O’Bannon says.

Then, last year, O’Bannon calculated there had been over 56.6 million abortions — using Guttmacher estimates to determine the approximate number of abortions for 2013.

“Thus the 56 million+ figure comes from the mathematical application of the assumption that the Guttmacher numbers will roughly reflect the same declining percentage in the number of abortions that the CDC found,” he said at the time.

Since then, Guttmacher released a new report showing 1.1 million abortions in 2011 and showing abortions declining to historic lows. That report came early in 2014 and the CDC issued a report late last year. The CDC showed that from 2010 to 2011, the total number and rate of reported abortions decreased 5% and the abortion ratio decreased 4%, and from 2002 to 2011.

Because neither agency has abortion figures since 2011, abortions for years after that must be estimated based on old data. Because Guttmacher has the more accurate abortion records of the two, their figure of 1.1 million abortions is the most reliable per year. Adding that to last year’s total yields 57,762,169 — a number that may admittedly be adjusted slightly downwards assuming the trend of fewer abortions continues after the last reported totals from 2011.

O’Bannon previously had some excellent insights into the abortion totals:

The long term trend is fewer abortions, and the number is down significantly from 1990 when the country saw 1.6 million abortions a year. As one measure of the impact your work has had, if the number of abortions had remained at 1.6 million, more than seven MILLION more babies would have died.

The publication of data from the CDC last November is good reason to believe there is a new major downward trend. We obviously can’t know in advance whether the numbers Guttmacher will publish later this year will show the same drop off. 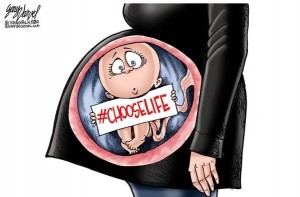 Despite the seeming precision, this is not an exact number. No such number is possible. There will always be missed abortions, missed abortionists. Adjustments, however careful, will always be imprecise. But given the data we have, we feel it is reasonable to assume that we have now seen at least 57 million lives lost since Roe.

Of course, we all know that we are talking about more than just numbers or statistics. The blood of more than 57 million aborted babies represents an enormous stain on our national conscience and a heavy burden on our hearts.

But these numbers also show us that our efforts have not been in vain. As noted above, if our nation had continued at the rate of 1.6 million abortions a year we saw in 1990, our cumulative total would have been approaching 64 million by now.

That would translate into approximately 7 million more babies alive today than would have otherwise been the case. That is the equivalent to the number of abortions performed over a span of six to seven years–living human beings alive today because of you!

Of course the Movement has a long way to go to return full legal protection to unborn children. But never underestimate the importance of what you, grassroots pro-life America, are doing.

What you do makes a real difference.