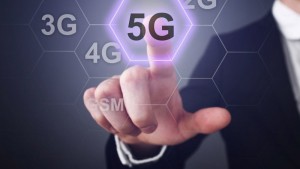 (Naturalhealth365) The wireless industry is rushing to roll out its 5G service – ahead of schedule. Despite initial predictions for 2020, 2019 is now expected to be the year in which 5G becomes increasingly available to homes and smartphones.

Billed as over 10 times faster than current data speeds, the new wireless technology will facilitate self-driving cars and the “Internet of Things,” a linked system of devices and appliances intended to connect homes, hospitals and even entire cities.

Proponents get all excited about 5G’s greater bandwidth, saying it will give almost unlimited access to data, natural health experts are warning: “not so fast” – and for good reason.

These signals don’t travel very far – as they can be stopped by trees, buildings and human bodies (this, alone, should be cause for concern). Because there has to be a direct line of sight between the smartphone and the network base station, new 5G cellphone towers have begun to sprout outside homes – sometimes in close proximity to residential bedrooms.

A stunning 300,000 new antennas (over a quarter of a million!) will be required to operate the system. (According to a story on Activist Post, this is roughly equal to the number of cell towers that have been built over the past 30 years).

And, the cost will be staggering – with experts estimating that $23 billion will be spent on the network by the year 2023. Even more disturbingly, the use of 5G’s high gigahertz range frequencies will increase WiFi wireless radiation exponentially.

(Incidentally, the WHO already classifies cell phone radiation as a “Class B” carcinogen – in the same category as DDT and lead).

A $25 million study conducted by the National Institutes of Health’s National Toxicology Program showed an undeniable association between 2G/3G cell phone radiation and brain cancer in rats – with the researchers noting that there was “clear evidence of carcinogenicity.”

Senator speaks out on wireless technology, while FCC sneers and makes veiled threats

As the headlong rush towards 5G continues, natural health experts, activists, and everyday citizens are fighting the installation of cell towers in residential yards and other locations in their communities. The fight against 5G has received some support from at least one politician.

In May, a Michigan State Senator, Patrick Colbeck (R-Canton) gave impassioned testimony on the Senate floor concerning the health risks of wireless technology. Colbeck concluded by begging his colleagues to vote against two bills that would facilitate it.

(Despite his plea, both bills passed in the Michigan State Senate, and are currently awaiting consideration by the House Energy Policy Committee.)

And here’s an infuriating response. The FCC Chairman, Ajit Pai, has mocked the outcry against 5G cell towers as “NIMBYism run amok.” (NIMBY, Not In My Backyard, refers to the phenomenon in which people protest the installation in their neighborhood of an undesirable business or enterprise).

The outcry against 5G isn’t confined to the United States. In Gateshead, England, local resident Mark Steele – a scientist who is a former employee of the IEEE Communications Society – claims that many people in his neighborhood have been plagued with health problems since the installation of “smart” streetlights in 2016.

Steele says that insomnia, nosebleeds and stillbirths are among the adverse effects of 5G – which he insists the town is already using (town officials deny this). “It’s a humanitarian crisis,” Steele remarks.

And here’s another infuriating reaction from the FCC. Activist Post reports that FCC Commissioner Michael O’Reilly has referred to those protesting the 5G rollout as “bad actors.” And, ominously, he has said that the FCC is “done with being nice.”

5G technology – and the growing primacy of voice-activated devices – will threaten our personal privacy, potentially exposing us to government snooping and criminal scamming. It will also damage our health by bombarding us with previously unimaginable amounts of microwave radiation.

So just who is the “bad actor” here?