MOVIEGUIDE® Founder and Publisher Dr. Ted Baehr presented highlights from MOVIEGUIDE®’s 2018 Report to the Entertainment Industry, a comprehensive economic analysis of the content and philosophical, moral, spiritual, and political perspectives in the major movies released theatrically in 2017, at the 26th Annual Faith & Values Awards Gala.

He reported that TV viewers and moviegoers prefer movies and television programs with biblical, morally uplifting, faith-based, patriotic and conservative principles and values.

For example, 90 percent of the top 10 movies in the United States and overseas in 2017 contained strong or very strong Christian, redemptive, biblical, moral content, including such movies as Despicable Me 3, Justice League, Thor: Ragnorak, Wonder Woman, Beauty and the Beast, Spider-Man: Homecoming, and The Fate of the Furious, among others. 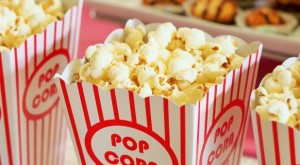 Baehr added, “To help the entertainment industry, every year we do this detailed economic Report to the Entertainment Industry analysis based on 150 criteria. We look at the aesthetics, ontology, epistemology and semantics. It’s like plugging your car into a computer to see why you have a little knock. It’s like seeing how can you tune up your car better? With that, we find out that great movies are great stories well-told, which is a very precise and skilled process.”

“That is, we do a CT scan, MRI, of how every movie performs from that point of view using a detailed 150 criteria. These are the criteria that I was using when I was head of an auxiliary department at GTU at U.C. Berkeley, and head of a department at City University of New York, to help you make entertainment that will sell year after year and transform the next generation.”

Each year, Movieguide® analyzes all of the major theatrical movies according to basic biblical principles, morality and theology from a Christian perspective.

Also, Movieguide® identified 75 theatrical movies from 2017 that contained at least some strong or very strong Christian, redemptive content, an increase of 60 percent from 2012, when there were only 47 such movies. Those movies totaled a whopping $5.68 billion at the box office in 2017 in Canada and the United States alone.

The 80-page 2018 Report to the Entertainment Industry also notes that the Christ-centered, patriotic TV program Blue Bloods, a MOVIEGUIDE® Award nominee, gained about one million viewers during the last season while most other top-rated network programs were losing one or two million viewers.

“We’re here to celebrate you, movies and TV programs that transform us,” Baehr told the honorees and other members of the entertainment industry, including past nominees and winners.

“Moviegoers were transformed and inspired to support the good, the true and the beautiful at the box office,” he continued. “We want to inspire you to continue to succeed and prosper,” he added.

“Great movies are great stories well told, have a positive worldview, and are spiritually uplifting,” he said.

“Walt Disney said, ‘Movies can and do have a tremendous influence in shaping young lives,'” Baehr noted. “The most concerned about shaping young lives are the most educated people. About seven percent of the audience wants to copy the violence they see in movies.”

“What you write, what you produce can transform the next generation. So, thank you for what you’ve done.”