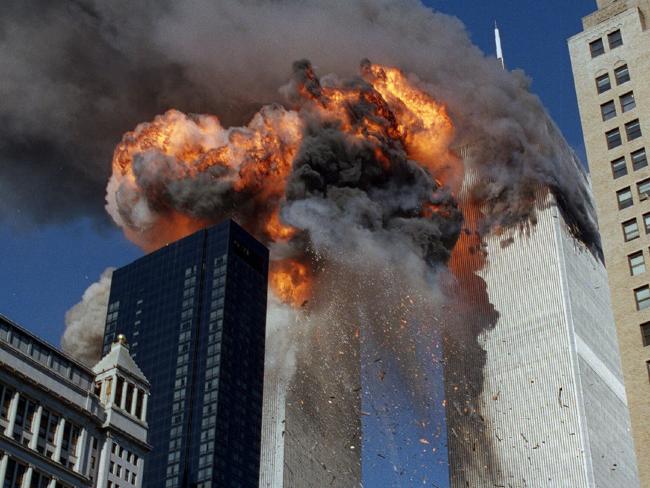 A lawsuit filed by families of the victims of the 9/11 terrorist attacks against the government of Saudi Arabia charges that two years before the attacks of September 11, 2001, the Saudi government funded a “dry run” designed to test airline security.

The story was broken by conservative author and political commentator Paul Sperry in a September 9 report in the New York Post. Perry wrote:

Two years before the airliner attacks, the Saudi Embassy paid for two Saudi nationals, living undercover in the US as students, to fly from Phoenix to Washington “in a dry run for the 9/11 attacks,” alleges the amended complaint filed on behalf of the families of some 1,400 victims who died in the terrorist attacks 16 years ago.

Perry’s report noted that the court filing provides new details that paint “a pattern of both financial and operational support” for what was described as “the 9/11 conspiracy” from official Saudi sources, lawyers for the plaintiffs say. In fact, notes the suit, the Saudi government may have been involved in underwriting the attacks from the earliest stages — including testing cockpit security.

“We’ve long asserted that there were longstanding and close relationships between al Qaeda and the religious components of the Saudi government,” said Sean Carter, the lead attorney for the 9/11 plaintiffs. “This is further evidence of that.”

Carter is a partner at the Philadelphia law firm Cozen O’Connor, which has been a leading advocate for the 9/11 families and insurers for those who covered property destroyed in the attacks. A note on the Cozen O’Connor website explains: “Several thousand family members of those killed in the attacks and injured survivors also filed parallel suits. The lawsuits were consolidated into a multi-district litigation proceeding captioned In Re Terrorist Attacks on September 11, 2001, Civil Action No. 03-MDL-1570. Cozen O’Connor was appointed by the court to co-chair the Executive Committee established to prosecute the litigation on behalf of all plaintiffs.”

The history of the litigation continues:

Among other claims advanced in the sprawling litigation, the 9/11 families and victims have alleged that agents and employees of the Kingdom of Saudi Arabia provided assistance to certain of the 9/11 hijackers and plotters. The 9/11 plaintiffs have further alleged that al Qaeda’s development into a sophisticated terrorist organization was fueled principally by financial and operational support from “da’wa organizations” established and sponsored by the Saudi government — commonly described as alleged “charities.”

The Cozen O’Connor website also posted an article on February 9, 2015, noting that the law firm’s attorneys had recently interviewed imprisoned former al-Qaeda operative Zacarias Moussaoui after Moussaoui wrote to the presiding judge requesting the opportunity to testify in the 9/11 lawsuit against Saudi Arabia. The article containing this damning statement: “In his sworn statement to Cozen O’Connor attorneys at the ‘Supermax’ prison in Colorado, Moussaoui testified that prominent members of Saudi Arabia’s royal family were donors to bin Laden’s terrorist organization in the late 1990s.”

Moussaoui’s statement was reported in a February 5, 2015 article in The New American written by Jack Kenny. Kenny reported that Moussaoui had made the statement under oath from the supermax prison that previous October. His statement was contained in a brief filed February 3, 2015 in a civil suit against Saudi Arabia by families of the of the 9/11 victims. The article noted:

Moussaoui claimed that in the late 1990s Osama bin Laden put him in charge of creating a database cataloging al-Qaeda’s donors and the amount they contributed, a task he said he carried out daily for two or three months. High-profile donors included several members of Saudi Royal family, Moussaoui said, including Prince Turki al-Faisal Al Saud [shown], former director-general of Saudi Arabia’s Foreign Intelligence Service and ambassador to the United States. The prince introduced him to other members of the royal family, he said, including another former ambassador to the United States, Prince Bandar bin Sultan.

Subsequent to Moussaoui’s statement, several significant developments ensued in the case against the Saudi government. We noted in a May 2016 article that the Senate had just passed the Justice Against Sponsors of Terrorism Act (JASTA), allowing the families of 9/11 victims to sue Saudi Arabia for its potential involvement in the terrorist attacks. In September 2016, the bill was unanimously passed by the House of Representatives. On September 28, 2016, both houses of Congress passed the bill into law after overriding a veto from President Obama.

On July 15, Congress finally released the 28 classified pages of the famous 9/11 Commission Report. Many voices had long called for this declassification and release, particularly former Democratic Florida Governor (1979 to 1987) and U.S. Senator (1987 to 2005) Bob Graham, who had been trying since 2003.

While the report’s newly released pages did not state conclusively that Saudi officials collaborated with the hijackers, it did cast suspicion on members of the Saudi government, including a member of the Saudi royal family, Prince Bandar bin Sultan. It noted:

While in the United States, some of the September 11 hijackers were in contact with, and received support or assistance from, individuals who may be connected to the Saudi government.

One of the most damning parts of the 28 pages, notes Britain’s The Guardian, is previously undisclosed information about the actions of a member of the Saudi royal family, Prince Bandar bin Sultan, who was Saudi Arabia’s ambassador to the United States for several years before and after 9/11, and was a close friend of President Bush.

According to the report, at least $15,000 went directly from Prince Bandar’s bank account in Washington to the family of a Saudi expatriate, suspected of being a Saudi government spy, who organized a support network in California for two of the 9/11 hijackers while they were living in San Diego in the year before the attacks.

Citing FBI documents, the lawsuit alleges that two Saudi students — Mohammed al-Qudhaeein and Hamdan al-Shalawi — were in fact members of “the Kingdom’s network of agents in the US,” and participated in the terrorist conspiracy. 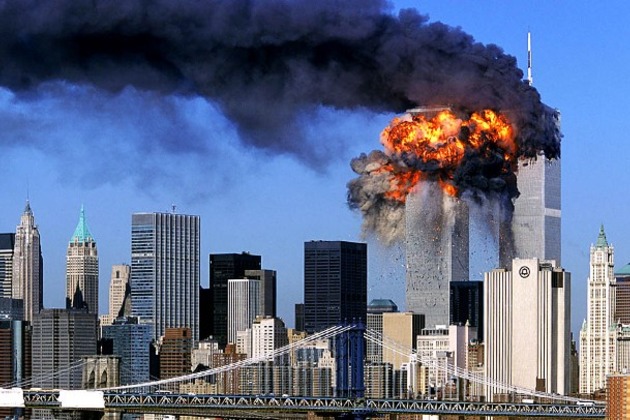 The Post article noted that during a November 1999 America West flight to Washington, Qudhaeein and Shalawi are reported to have tried multiple times to gain access to the cockpit of the plane in an attempt to test flight-deck security in advance of the hijackings.

The pilots were so alarmed by the Saudi passengers and their aggressive behavior that they made an emergency landing in Ohio. Once they landed, police took them into custody. The FBI later questioned them, but for some unexplained reason decided not to pursue prosecution. The FBI later confirmed the men’s airline tickets were paid for by the Saudi embassy in Washington.

The Post noted that Saudi Arabia has long denied any involvement in the terrorist attacks that killed nearly 3,000 people and marked the beginning of the U.S. “war on terror.”

Fox News reported that lawyers representing Saudi Arabia filed a motion last month to dismiss the lawsuit. A federal judge in Manhattan has asked the 9/11 plaintiffs, represented by Cozen O’Connor, to respond to the motion by November.

The families of the 9/11 victims, and all Americans who were outraged and stunned by 9/11, will hope that justice will prevail and that the Saudi government will be held accountable.