A Concert of Evil 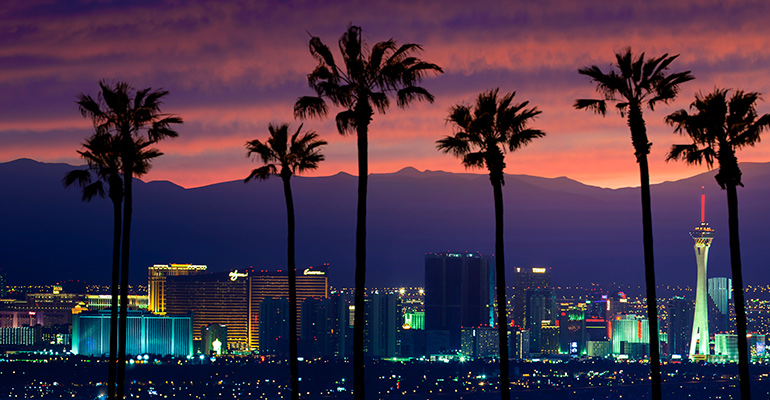 Nothing could have prepared Americans for the news many of them woke up to on October 2nd, 2017. After so many horrible tragedies, Sunday night’s massacre was a sickening shock to a country that has seen far too many evils lately. This nightmare, though, seemed different. In an instant, 22,000 people were transported from a breezy performance to a bloody warzone that would change their lives forever.

It’s a horrific tragedy for too many families, whose sons and daughters will never come home again. It’s a tragedy for every single survivor, who will bear the scars of that night for the rest of their lives. And it’s tragic for America, a country that has felt the intensity and frequency of these attacks multiply faster than anyone could have imagined.

For now, there’s no comfort in the facts. The motive of gunman Stephen Paddock is as unknown today as he was that night. ISIS claimed responsibility for radicalizing Paddock, warning months ago that Las Vegas would be the site of an attack. Authorities say there’s no evidence to support that claim. What we do know is that this was an act of unthinkable evil, one that reminds us all of the worst — and, in stories of that night’s heroism, best — of humankind.

Until more is known, here’s what we can expect. There will be calls for greater restrictions on guns and gun ownership. While the victims’ families try to pick up the pieces of their lives, the last thing they need is to be in the middle of a national gun rights debate. And is that really the solution anyway? The government can’t make us safer until it recognizes that the problem isn’t the instruments of violence — but the culture of it. The heart of the matter, as Dr. Ben Carson once said, is the matter of the heart. Gun control is merely dealing with the symptom. What about the real problem — the fact that we’ve gotten to a point in our “civil” society where people are seen as disposable? What has brought our country to a place where we no longer value human beings created in the image of God? A God, I might add, that some Americans are punished for even invoking.

Maybe it’s time we stepped back, as a nation, and considered what’s happened since we removed the Judeo-Christian foundation that anchored this country from its cradle. That knowledge is what teaches us that human beings are intrinsically valuable because they carry the image of God. Without it, people’s understanding of the worth of life is dramatically reduced, especially when it’s replaced with a view that human beings are the product of chance. If anything, last night should have shown more people what one survivor, Taylor Benge, realized: there is a God, and finding Him is the most important thing we can do. (His story follows this commentary.)

What happened at that outdoor festival should be an opportunity for earnest soul-searching in this nation. It’s time to recognize that the cure for violence isn’t in Washington. It’s in the hope and the healing offered through faith in God, the same faith that has sustained our nation for two and a half centuries of very dark days like this one.

Las Vegas Survivor: ‘I Was Agnostic and I’m a Firm Believer in God Now’ 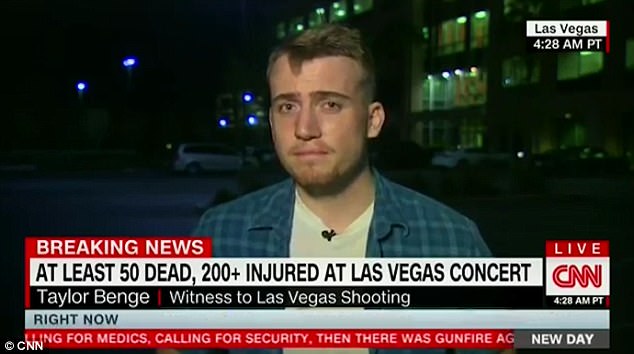 Taylor Benge, a survivor of the mass shooting on the Las Vegas strip Sunday evening, told CNN that surviving the massacre made him a believer in God.

“I know I can’t speak for everyone but for me, I was an agnostic going into that concert and I’m a firm believer in God now,” Benge said. “Because there’s no way that, you know, all that happened and that I made it and I’m blessed enough to … to still be here alive talking to you today.”

Benge described a scene of utter chaos. “I took cover here, there were still bodies on that side, the people just laying in pools of blood,” the survivor said. “And I still didn’t even know if that was safe or not, but you know, it’s kind of a fight-or-flight situation. You can’t really — you just got to take it to God at that point and, you know, hope that you can make it and hope that you are safe.”

The man’s sense of helplessness made sense, given his memory of the event. “At first we were just watching the concert. I heard about four ‘pop’s. It almost sounded like a firework or one of those things you pull the strings for,” he said.

“But then immediately after that, I noticed that the artist, he ran to the back and then the lights turned on, and a man not even five feet away from me — I don’t want to go into detail, but I don’t think he was with us much longer after that because of a bullet wound to the head,” Benge recalled. “And you know, like the previous guy said, it was just relentless bullets.”

Of the shooter — identified by police as 64-year-old Stephen Paddock — the survivor said, “I think the only reason he took a break is so the muzzle didn’t weld itself shut and so he could keep shooting.”

“It was just — it was really horrible everything that was going on,” he recalled. “We — we started running to the left end because we could hear the shots were coming from Mandalay Bay, or at least in that general direction.  No matter where you took cover, there were at least two or three bodies that were part of it and you didn’t know where you were safe.”

Berge said he did not know he was safe “until about an hour or two after the fact.”

His own survival was not the only miracle that might have pushed Berge toward God, however. “But my sister, you know, being as noble as she is, she actually threw herself on top of me and saying, ‘I love you Taylor, I love you.’ And I’ll never forget that,” the survivor said, tears welling in his eyes.

The Vegas shooting was no less than a terrifying tragedy, but God can work in many ways. Americans should come together, offering thoughts, prayers, and whatever physical and monetary assistance the wounded, the survivors, and the families of the lost need.

Benge may not be the only one convinced of the existence of a loving God if believers can unite to serve those impacted by this terrible tragedy.