“And we know that all things work together for good to them that love God, to them that are called according to his purpose.” Romans 8:28 (NIV)

Some roads are harder to walk than others. And some of those roads can lead to an unquenchable desire to build a whole new road to reveal a destination unexpected. A destination so filled with hope and healing and mercy, that it simply must be shared.

Have you ever heard of the “sin of the desert”? It is knowing where the water is but not telling others.  At the end of a long and heartbreaking journey through the illness of his daughter, Erin; Bob Havey realized that God had given him treasured truths to share. To not make these treasures, born of tragedy, known to those who needed to hear them would have been just such a sin, so the seeds were sown for the recently published book, ­Be Not dismayed: A story of spiritual triumph. 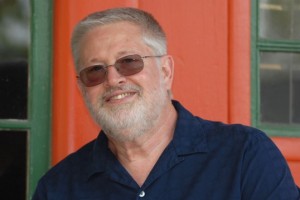 I met Bob Havey and his family in the months just following Erin’s Homegoing, and over time they became dear and solid friends. The kind of friends who ‘stick’; forever nestled in one’s heart, always highly valued and prayed for whenever they come to mind, though time and location may prevent frequent contact as the years go by. It has been nearly twenty years since I first heard about the journey shared in Be Not Dismayed: A story of spiritual triumph, and its power and beauty shines out of darkness, undiminished by time. What it cost to bring you this book, you have yet to learn.

We are all eternal beings, though we rarely live in that awareness. The door of death is a real place on the path of each and every one of us, and how we approach that door, at any age, is key to our eternity.  The story of Erin’s path through 22 months of battle against acute myelocytic leukemia, her traveling companions a loving Mom and Dad and caring, supportive brother and sister, is a uniquely candid and insightful look into the war waged daily against cancer and other life-threatening childhood disease. In this book, Bob brings to life the devoted and dedicated efforts of an amazing group of Physicians, and the often unsung heroes that are the nurses, technicians, and vast support staff and charitable support teams that hold up and provide for patient and family during treatment. These people are those that make the battles bearable, and in fact, even possible. While the message of this book is ultimately a revelation of victory in the midst of loss, and a glorious testimony to the eternal, unstoppable Gift of Salvation and Life to God’s children in Christ, the author is faithful to give credit and endless thanks to those who stood beside Erin on the front line of the battle that so many would say ‘she lost’……… but God…….

Erin was diagnosed in March of 1992, shortly after her 15th birthday. Devastated by the news, the Haveys, a nice, young Massachusetts family of 5, Mom, Dad, son Chris, daughters Erin and Kelly, entered a world all pray to avoid. Tests and more tests, diagnoses, treatments, lengthy hospital stays, and ever present, the suffering of a young woman and the specter of “what if all this doesn’t work??”

The amazing and grace-filled tale of how God used this journey to bring every member of this family to a saving knowledge of the Lord Jesus Christ, secure in the blessed Hope that they will all be reunited in Heaven, is a major theme and wonderful part of reading Be Not Dismayed. How they found a local church body, and were held up, mentored and supported in their new found faith is also a great part of the story. I know you will be blessed by it when you read the book, but for this article, I’d simply like to highlight some things you really need to know right now:

Erin, when diagnosed, was a typical carefree teen, filled with dreams for her future, enjoying participation in sports, trips to the Mall with her friends, and all such normal fun. In the course of the hard road of battle against her leukemia, God gave nearly instantaneous spiritual growth, wisdom, grace and supernatural selflessness to a 15 year old girl who almost never complained, even in her pain, nor in the tedium and discomfort and loneliness (yes, suffering a battle for one’s life is a lonely place to be, regardless of the wonderful love and care of family and friends that may surround you!). No, Erin’s focus was on her family, and how much it grieved her to see them suffer in her suffering. Following Erin’s passage into Heaven, the Haveys acquired a copy of a prayer she wrote in the journal of a chapel in the cancer treatment facility they traveled to in Columbia, SC during her treatment journey. It pretty well sums up Erin’s heart in the matter, and why she made some of her later choices. What you need to remember is that Erin was only a matter of weeks old in the Lord at the time of its writing!

“Lord, I’m asking you to help me make a decision. In the past sixteen months, my life has changed a lot. The hardest part of this disease for me, is having to watch my family see me suffer. I’m asking you to give them strength, and to let them know that no matter what happens, I’ll be with you always Love, Erin.”

My prayer for every reader of this piece, regardless of how old or young in the Lord you may be, is that you have the gift of such assurance; such unselfish caring, and solid faith in the promises of God in Christ, for yourself and for every loved one for whom you pray to be Saved.

The second thing you need to know is that spiritual warfare is real when you make a commitment to share deep spiritual truths to glorify God. Just because Bob Havey, a long time newspaperman, author and freelance writer, is an excellent writer and well-schooled in his craft, does not mean that writing this book was either a given expectation, or easy!

Bob began writing this story about two years after Erin went to Heaven. Initially, he believed it would be both cathartic and a blessing for him and his family, and he wanted to capture the most important memories in print so they would never be lost. Bob told me in our recent conversation, “We didn’t get the miracle we wanted, but our faith grew from the many small miracles during the journey.” For this reason, he realized it might be a book of value for others, especially those who might face similar challenges. He wrote more than half of the story back in 1996, then hit a wall when he came to parts that stirred memory to the point of unbearable pain. He put it aside, returning to it now and then with a small bit here, another there, editing as he went. One day in late 2013 he woke up to the fact that the 20th anniversary of Erin’s passing into Heaven would arrive on January 22, 2014,and he knew he needed to complete the story in her honor, to God’s glory, and to share all they had learned. He set a publication goal for what would have been Erin’s 37th birthday, March 2, 2014, and he applied himself to the task.

Bob shared with me that early on, he battled self-doubt about his ability to write this book, and he did not stop and rebuke those ‘inner voices’ we can all relate to. He did not immediately stop to pray and ask God to stand against them and free the gift God had placed within him to share this story: a Father’s gift from Heaven to us all, and a father’s gift to his beloved daughter’s memory and to the Heavenly Father into whose hands he had entrusted her. When opposition again began to build inside him, God led him to the Bible and to verses such as Isaiah 54:17 “ No weapon that is formed against you shall prosper”, which he posted next to his computer. He also returned to the powerful verse you will learn more of in the book, Isaiah 41:10 “Fear thou not; for I am with thee: be not dismayed; for I am thy God: I will strengthen thee; yea, I will help thee; yea, I will uphold thee with the right hand of my righteousness.”

Armed with the word of God, he pressed in and completed the book, overcoming seemingly unbeatable odds to deadline for cover art and print issues, and the book was released in time for Erin’s birthday anniversary.

In conclusion, two reasons come to my mind when I think of why the Enemy of our souls would cause the opposition Bob faced in getting this book out in an attempt to stop his effort for us to be strengthened and encouraged:

First, Bob shared with me that, “It troubles me that so many Believers only think faith is in action when it brings your perfect, desired result, when the TRUE gift is the opposite; the real test of faith is succeeding in knowing victory when results are not what was desired. Faith. Tested. Grows.”

Second, it also troubled him that the stories always shared by the wonderful charities that do so much to help those waging wars against childhood cancer and other diseases seem to focus only on those who “beat” the disease and continued to live here on earth. He said, “We don’t hear much about those who didn’t live in the flesh, but did well.” He wanted very badly to communicate to those who have suffered, or might suffer, such loss of a child or other loved one, that the victory is in Jesus, live or die! This book touches the pain that lives in all of us, whether we have or have not had the same loss, or level of loss, and shares the power of God’s grace to meet that pain.

As Bob stated in his book, and to me in our talk, they didn’t want this [cancer battle]. They didn’t want this [to have Erin leave at that time for Heaven], but “If we had to go through this, it couldn’t have been any better.” How much more of a testimony to God’s power and glory could we ever expect than these words from a father who greatly misses his child, but knows she is well, and that they WILL meet again? 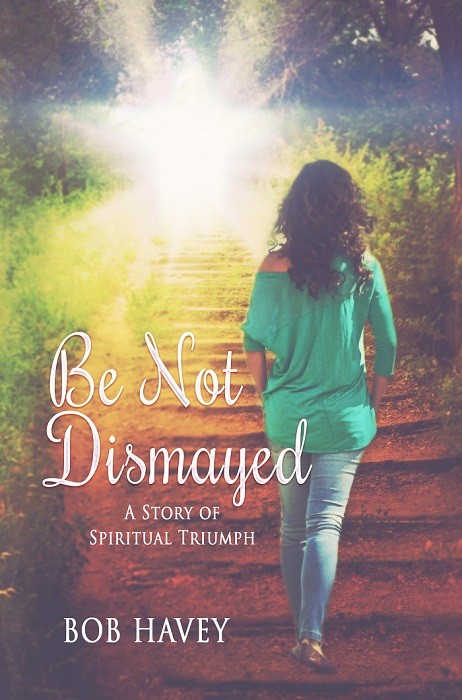 If you order through any of the first three methods, Bob will personalize and autograph your book and ship your book for FREE the same day by First Class Mail. Amazon orders will have to pay shipping and will be sent via Media Mail.

Bob Havey is an author and freelance writer. He may be reached at rhh@bobhavey.com. Visit his Facebook author’s page at https://www.facebook.com/Bobfreelance 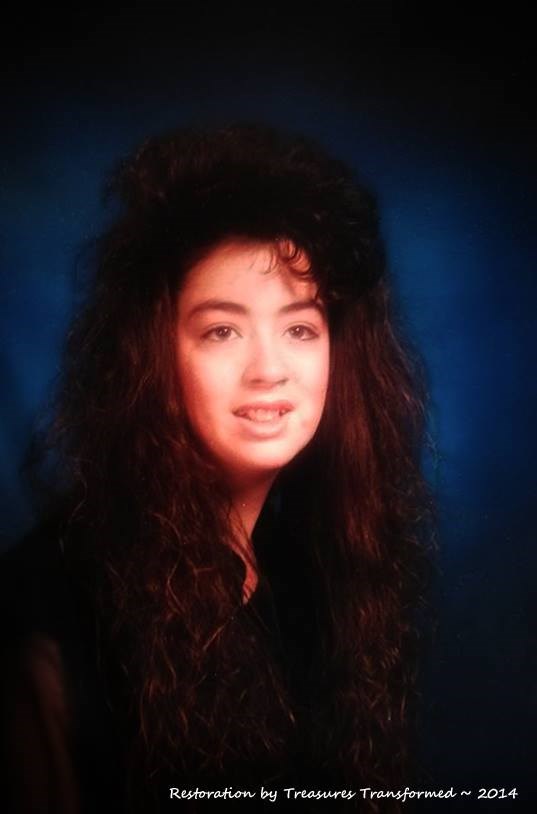 Erin’s Prayer
“Lord, I’m asking you to help me make a decision. In the past sixteen months, my life has changed a lot. The hardest part of this disease for me, is having to watch my family see me suffer. I’m asking you to give them strength, and to let them know that no matter what happens, I’ll be with you always.” She signed it, “Love, Erin.”

4 thoughts on “A FATHER’S GIFT”