A Golden Year Ahead!

Time to taste the sweet honey of following Yeshua 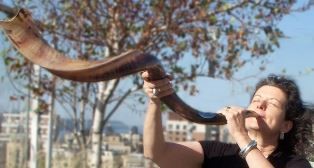 DONCASTER, UK (ANS) — I was looking forward, with some trepidation, to blowing the shofar in front of hundreds of English schoolchildren last week. But in the end my wife, who teaches Christianity and the Jewish feasts to primary pupils all across our town of Doncaster, decided she was perfectly capab le of thus sounding the trumpet.

And, as Jews welcome their New Year festival of Rosh Hashanah in this way, and enjoy the tradition of apples dipped in honey, I feel there is something of an apocalyptic, end-time significance about this particular anniversary.

It ushers in the year 5777, which has a resonance of its own with three sevens – the latter being the “perfect” number in biblical terms. And in the Gregorian calendar which most of us follow, we will soon be welcoming 2017, a date of huge relevance to Israel on three counts. 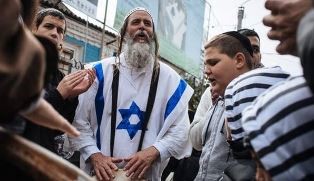 Rosh Hashanah is a special festival which celebrates the Jewish New Year.

First, it will mark the jubilee, or golden anniversary (50 years), since the Six-Day War of 1967 when the Old City of Jerusalem — the holiest property in all Judaism — was restored to Jewish hands for the first time in more than 2,000 years.

The new year will also mark 70 years since the historic United Nations vote to recognize Israel when, although Arab states opposed the resolution, the required two-thirds majority was achieved which set the scene for the re-birth of Israel the following year.

Bear in mind what Jesus said about the lesson learned from the fig tree, which is symbolic of Israel. He said that when it buds and blossoms at a time when the world is in great upheaval with wars, famines and earthquakes, we would know that his coming is near. Then he said: “This generation will certainly not pass away until all these things have happened.” (Matthew 24.34)

In other words, the generation (possibly lasting 70 years, man’s allotted lifespan according to Psalm 90.10) witnessing these extraordinary events would live to see “all these things” happening. Could that include his actual return? We cannot be certain, but it’s a distinct possibility. And as one born the year after the state of Israel, I find that both hugely exciting as well as rather scary.

But neither of these hugely historic anniversaries would have been possible without Britain’s Balfour Declaration of 1917, which effectively cleared the path for Israel’s restoration. The centenary of this crucial milestone in the Jews’ long journey home is in danger of being lost in the mists of political correctness, but it needs to be celebrated with gusto. It may not be as topical as our current Brexit endeavors, when the British people voted to leave the European Union (EU), but it is also something for which Britain can be justly proud. 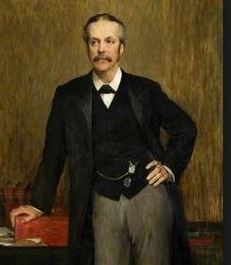 It amounted to a British government promise, from Foreign Secretary Lord Arthur James Balfour, to do all in its wer to facilitate the creation of a homeland in Palestine (as the region was then known) for the Jewish people. And it came about largely through the efforts of 19th century evangelical Christians, allied to the rise of Zionism under Theodor Herzl.

When all is said and done, it was the preachers and politicians who knew their Bible — and the God of the Bible — who undoubtedly most influenced the government of the day. They clearly saw that it was our duty as a Christian nation to love and support the Jews, and to facilitate their return to their ancient homeland.

They also knew — and this was crucial to their support — that it wasn’t just about land, but about the Lord; that though the Bible clearly speaks of a restoration of Israel from every corner of the globe, such restoration would precede their national return to the God of Israel, the Father of the Jewish Messiah, Jesus Christ, which would in turn usher in our Lord’s Second Coming. Ezekiel prophesied: “I will gather you from all the countries and bring you back into your own land…And I will put my Spirit in you and move you to follow my decrees and be careful to keep my laws.” (Ezek 36.24-27)

It was this truth, above all, that drove our British forefathers to pray, proclaim and work towards fulfilment of the Zionist dream.

God is seeking a bride with whom he wishes to rendezvous back in their ancient land where he first “courted” her as they learnt to walk in his ways and when the prophets tried, often in vain, to encourage faithfulness to the one true God.

When the Balfour promise was made back in November 1917, the Holy Land still belonged to the Turkish Ottoman Empire, which had ruled the region for 400 years, but within weeks it was in British hands, which handed on a plate the opportunity for us to make good our pledge.

But because we reneged on many of our promises and dealt treacherously with the Jews as we made repeated concessions in a bid to appease Arab demands, it took another three decades — and the death of millions at the hands of the Nazis — before the founding fathers were finally in a position to re-create the state of Israel.

Please forgive us, Israel, and meantime rejoice that even without our help in more recent times — though certainly with God’s help — you have come this far.

May God’s love surround you at this special time and cause you to know the fear of the Lord and his decrees, which are “sweeter than honey” (Psalm 19.10).

In this beautiful psalm of King David, we see how much he loves the law, the statutes, the precepts and the commands of the Lord. “They are more precious than gold…and sweeter than honey.” And all of this is perfectly fulfilled in Yeshua, who told the crowds on the Mount of Beatitudes at Capernaum: “Do not think that I have come to abolish the Law and the Prophets; I have not come to abolish them but to fulfill them.” (Matthew 5.17)

Reprinted with permission from Assist News.