A Message to My Fellow Graduates: Be Ready 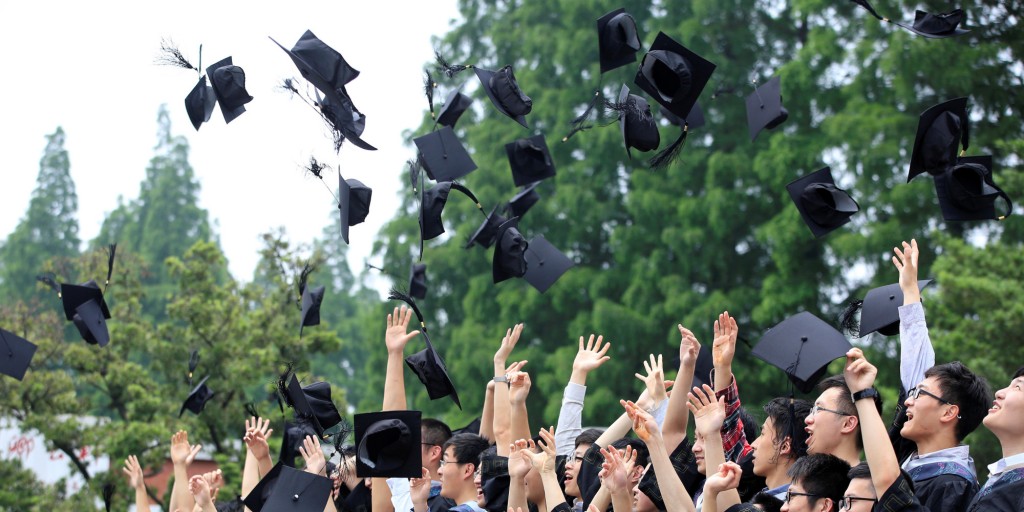 Graduates throw their mortar boards as they pose for pictures

The months of May and June can be an incredibly hectic time for parents and grandparents as they mentally and physically prepare for their child or grandchild to graduate high school and venture into the workforce or proceed to attend a university. If you’re like most people during this time of year, your mailbox is being flooded with high school graduation announcements and your social media timeline is overflowing with pictures and posts as young people all over the United States begin moving into the next phase of their life.

Over the next several weeks parties will be thrown, preparations will be made, and tears will be shed. As a graduating senior myself, the atmosphere can be overwhelming and exciting all at the same time. Far too often however the excitement and joy that comes from a young person graduating high school can overshadow the fact that the next year of that young person’s life will more than likely determine where they spend eternity. The constant celebration and exuberant attitudes can often minimize the fact that while we should be joyful about a young person transitioning into the next phase of their life, we should also be very anxious for the souls of the young people we love.

I’m certainly not here to rain on anyone’s parade. I will most definitely be partaking in celebrations and parties over the next couple of weeks. But again, getting caught up in the festivities of a graduation can completely distract from the fact that this time period is the most critical and most dangerous time period in the life of a Christian young person.

Consider the statistics. They show that 85-88% of Christian young people who attend a secular university will leave the faith after their first year of college. This statistic doesn’t even include the young people who depart New Testament Christianity in favor of “more entertaining” or “more modern” churches. The bottom line is this: 85-88% of the time, Christian young people are completely unprepared for the challenges that await them during their first year of college. In light of this, I’d like to offer a warning to anyone involved in the graduation of a high school student.

It doesn’t matter what campus you attend, there’s going to be worldliness and immorality that a Christian young person is going to be exposed to.

First of all, to anyone involved in a high school student’s life, whether that be a parent, a friend, a grandparent, a counselor, or a mentor. Please don’t step away and hope for the best.

If you’re a parent or a trusted counselor for this young person and you’ve been involved in their life for 18 years, why in the most crucial time of their spiritual life would you step back? I am in no way saying that anyone needs to be a helicopter parent or an overly obsessive friend with these high school graduates, but during their college years, why not call them up and ask them how their personal Bible study is going? Why not check up on them to ensure they’ve found a faithful congregation to attend?

It doesn’t matter what campus you attend, there’s going to be worldliness and immorality that a Christian young person is going to be exposed to. Not to mention they might take a “Survey of World Religions” class, or a “Philosophy 101” class where on many campuses there will be professors who will do everything in their power to extinguish any Christian light they see. Jesus Christ warned His disciples of situations similar to this in Matthew 7:15-16. “Beware of false prophets, who come to you in sheep’s clothing, but inwardly they are ravenous wolves. You will know them by their fruits. Do men gather grapes from thornbushes or figs from thistles?”

The false prophets spoken of by Jesus in this passage can take many forms. Unfortunately, a university campus is a place where multiple forms of false prophets are assembled together. Your child or grandchild will be subjected to postmodernism, moral relativism, secular humanism, not to mention pressure from their peers. Add all of these negative influences together, and you can see why 85-88% of young people who aren’t grounded in their faith end up rejecting that faith.

So if you’re a parent, a grandparent, an elder, a minister, or maybe just a friend, spend these next few months celebrating with your graduate but also spend time in earnest prayer for them. Talk with them about the challenges they’ll face. In Proverbs 22:6, Solomon says, “Train up a child in the way he should go, and when he is old he will not depart from it.” Ultimately, if your child is grounded in his/her faith, they’ll be able to fight through the trials that come their way. But I implore you to not use this verse as an excuse to sit aside and do nothing. Take proactive steps to ensure that your graduate will not become part of that 85-88% who leave the faith.

Finally, to every graduating senior who has put on Christ in baptism.

I understand the excitement and exhilaration pulsing through you right now as you daydream about all the newfound freedom you’ll have and the memories you’ll make over the next four years. As you make preparations to leave your home and your church family to attend a university, I pray that you will be constantly mindful of the fact that over the next couple years of your life Satan will do everything in his power to draw you away from God. 1 Peter 5:8 reads, “Be sober, be vigilant; because your adversary the devil walks about like a roaring lion, seeking whom he may devour.” There is no time that Satan is more vigilant than when you’re at college.

So, over the next few months, enjoy the celebrations. But be ready. Be ready for the challenges. Be ready for the professors, be ready for the peer pressure. Ultimately when those four years are complete, I pray that you will be able to say as Paul did in 2 Timothy 4:7, “I have fought the good fight, I have finished the race, I have kept the faith.”