A SEASON TO RECOGNIZE GOD’S FAVOR UPON ISRAEL

By Daryl Hedding, US Deputy Director 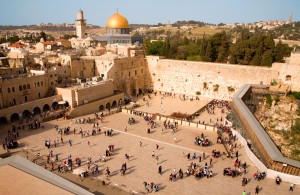 There is much that the church can learn from these anniversaries and a rich blessing to be found in celebrating the amazing hand of God in each event.

Signed November 2, 1917, the Balfour Declaration was a letter from the British Foreign Secretary, Lord Balfour, to the leader of the British Jewish Community, Lord Rothschild, announcing support for the establishment of a national home for the Jewish people in what was then known as Palestine. This simple, four-lined letter set in motion a series of international agreements that laid the legal basis for the reconstitution of the state of Israel in 1948.

God was on the move. He had already started drawing His people home to their ancient land with Jewish Zionists taking up the call to return and cultivate the barren soil, even establishing a Jewish majority in Jerusalem by the turn of the century.

This was the return He had promised through the prophets of old: “I will bring back the captives of My people Israel; They shall build the waste cities and inhabit them; They shall plant vineyards and drink wine from them; They shall also make gardens and eat fruit from them. I will plant them in their land, And no longer shall they be pulled up From the land I have given them,” Says the Lord your God.
Amos 9:14–15

Contrary to this, the World Council of Churches (WCC) [Ed. note: The RI State Council of Churches takes its direction from the WCC] recently posted a letter on their website from a coalition of Palestinian Christian organizations calling on the WCC to not only condemn the Balfour declaration but to demand the United Kingdom government apologize for it and publicly repent of it. Make no mistake; this represents a fault line in the church today. Is the body of Christ going to celebrate God’s faithfulness to the Jewish people as we watch these amazing anniversaries unfold, or will she refute the hand of God in Israel’s restoration over the last 100 years?

The stakes are high. UCLA Professor Judea Pearl, the father of slain journalist Daniel Pearl, has given this analogy: “Anti-Semitism rejects Jews as equal members of the human race; anti-Zionism rejects Israel as an equal member in the family of nations.” Rejecting the Jewish people’s right to live in the land of their forefathers essentially denies them the right to exist as a unique people. This is the crux of the battle facing the church today. It can accept God’s plan for the Jewish people, or it will be doomed to continue its sad history of anti-Semitism, albeit shrouded in the cloak of anti-Zionism—irrational criticism of Israel.

Out of the Jewish people’s darkest moment, the Holocaust, God did something amazing and brought the nation back to life as she was reborn when David Ben Gurion declared her independence in 1948.

We all know the wonderful verse from Isaiah 66:8: Who has heard such a thing? Who has seen such things? Shall the earth be made to give birth in one day? Or shall a nation be born at once? For as soon as Zion was in labor, She gave birth to her children.

The Palestinians refer to this day as the Nakba, or “disaster.” How will the church respond next year when this anniversary is celebrated? Will she join with those determined to destroy the Jewish people again in seeking the dismantling of the Jewish state, or will she recognize that the events of Israel’s rebirth could only be God ordained?

This year, the ICEJ’s Feast of Tabernacles was essentially a continuation of the celebration that started in June to commemorate Jerusalem’s reunification during the Six-Day War. It was then in June 1967 when Israel liberated the city from the illegal occupation of Jordan and fulfilled Jesus’ prophesy of Luke 21. 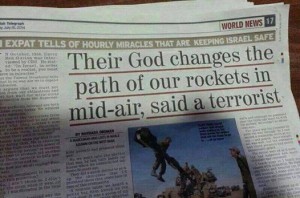 Today, much of the world considers Israel’s victory and the resulting acquisition of land to be illegal. It neither understands the legal basis for Israel’s ownership of Judea and Samaria, including so-called East Jerusalem, nor does it remember the unlikely nature of Israel’s victory.

At that time, the United States was only a friend to Israel, not the staunch ally and military supporter she is today. So it was that as Israel found herself alone on June 5, 1967, having been abandoned by her only ally, France, on the eve of the battle, it could only have been a miracle from God that Israel won the war against all odds.

We shouldn’t be surprised though, knowing our God likes to complete His work in six-day increments. And the world, because of its access to television, saw in real time this remarkable God-given “Six-Day Miracle” which consequently left an incredible impact on an entire generation that witnessed it.

Replacement Theology essentially disinvests the people of Israel of that part of the Abrahamic Covenant that gives to them the land of Canaan as an everlasting possession. It thus asserts that because of their rebellion against God and rejection of Jesus’ messianic credentials, they have forfeited the promises in the Covenant that God made with Abraham.

Like those who call for Britain to repent of the Balfour Declaration, who deem Israel’s rebirth in 1948 a disaster, or who reduce the Six-Day War to an aggressive land grab, peddlers of replacement theology consider the modern state of Israel to be nothing more than a grand mistake. They might recognize the evils of the Holocaust or even that the Jewish people deserved a state of their own, but they deny them any right or connection to the land bequeathed to Abraham as an everlasting possession. They make a mockery of Scripture, and more precisely of Genesis 17 that bequeaths to the Jewish people the land of Canaan as an everlasting possession.

This season offers the church a window of opportunity to delve into some historical and biblical truths as the anniversaries roll around. But, time is not on our side in this battle.

I met a precious Holocaust survivor recently who referred to herself as part of the “extinct generation.” More than a thousand survivors pass away every month, and their memories go with them; so, too, does the living proof of the Holocaust. The world will be an impoverished place in their absence and our battle for the truth, to ensure that “never forget” translates into “never again,” will become that much harder.

Likewise, a generation is coming up today with little or no knowledge of the amazing rebirth of the state of Israel and the miracles God did for her during such incredible events as the Six-Day War. Even in America, where anti-Semitism has not seen the kind of increases over the last two decades as it has in Western Europe, the millennial generation’s support for Israel is falling every year even while it has risen for every other demographic (according to a Pew Research survey of April 2016).

If the church in America is going to overcome anti-Semitism, it must start teaching the truth about Israel in God’s Word alongside the true history of the modern state of Israel—but not just on a Saturday morning meeting for those interested in the “Israel thing.” This needs the attention of the entire church. The focus needs to be on our kids—the next generation who will decide how the church responds to Israel in future. It will take some intentionality and the willingness of pastors and ministers to set aside some of their regular Sunday morning sermon time to address the biblical teaching on Israel and the Jewish people.

God gave us seasons. Let’s make sure we celebrate this one, rejoicing in His faithfulness to the Jewish people and, by extension, all of us who are called by His name.

Submitted by RICI (Rhode Island Coalition for Israel “Grassroots Christians and Jews volunteering our time and energy out of our religious faith in God’s eternal promise to Abraham, and our unshakeable belief that the Jewish people have a right to a safe and secure homeland in Israel.”