Abortionist Invited to Speak at PC

As reported by the Providence Journal, the Providence College political science department invited Pablo Rodriguez, former “medical” director of Planned Parenthood Rhode Island and Rhode Island’s most notorious abortionist, as a panelist to a public forum and “networking reception” this past February 11. This is the same political science department that, three years ago this month, invited U.S. Sen. Sheldon Whitehouse, an advocate for the most extreme abortion policies, to deliver a “major public address” to “outline his vision of 21st Century governance.” 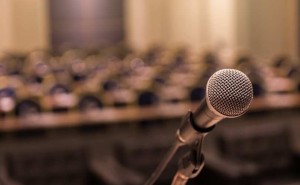 I suspect that it is apparent to most folks, even to those without advanced academic degrees, that a Catholic college should not invite a notorious abortion advocate or, especially, an unrepentant abortionist to hobnob and speak publicly on campus. It appears that the political science department at Providence College has gone off the rails, unrestrained by the Providence College administration and by the Order of Preachers.

As of this writing, there has been no public response from Providence College President, Rev. Brian J. Shanley, O.P., regarding numerous complaints and requests for him to rescind the Rodriguez invitation.

Three years ago, in defending the scandalous visit of Sheldon Whitehouse, Shanley erroneously asserted that the invitation did not violate the position of U.S. Catholic bishops that Catholic institutions neither honor nor provide a platform for “those who act in defiance of our fundamental moral principles.” It clearly did.

Shanley argued that the purpose of Whitehouse’s visit was not to promote his views on abortion, but rather to speak on other “academically valuable” matters “in which he has expertise that will enrich the learning of our campus and that does not conflict with the teaching of the Church.”

The position taken by Providence College is abhorrent to anyone who rightly understands that abortion is the deliberate taking of innocent human life and, thus, a grave injustice. And it is indefensible for anyone who assents to the teaching of the Vatican Council II that abortion is an “unspeakable crime.”

In defending the Whitehouse visit at the time, Shanley suggested that “this debate is good for our community.” Because I have yet to see any evidence of such a debate actually being held at Providence College, I would like now to make this public offer to the Rev. Shanley to debate him publicly over the dangerous path down which he appears to be leading the College in this matter.
Those of you who are troubled by the Pablo Rodriguez invitation need not wait to see whether Shanley will accept my debate offer, you may call his office at (401) 865-2153 to express your own concerns. I particularly encourage alumni and donors, as well as students and their parents to make this call.