(Christian Post) Actor Jesse Metcalfe of “God’s Not Dead 2” spoke about his faith in an interview this week, saying he found God when he became sober. The 37-year-old actor told Fox 411 that he 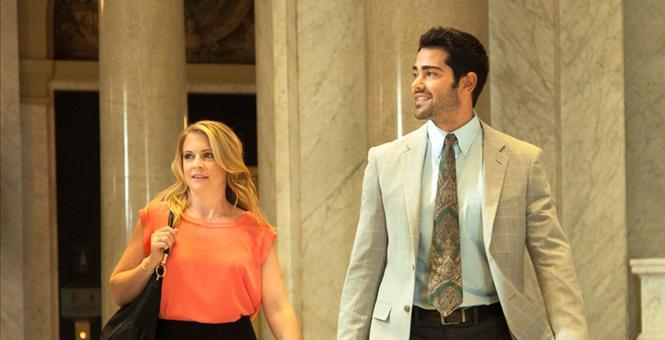 first encountered God when he participated in an Alcoholics Anonymous program five years ago in a quest to become sober.

“[Faith is] really important to me,” Metcalfe told the media outlet. “I really discovered a connection with a higher power and with God as I understand him probably five years ago when I got sober through the 12 steps of Alcoholics Anonymous.”

“A large part of that program is giving the will and character life over to God – or a God as you understand him – and prayer is also a big part of that program as well. I feel that that really helped me overcome a difficult time in my life and since then has really deepened and enriched my life in a lot of ways,” the actor added.

The movie, a sequel to the 2014 production “God’s Not Dead,” follows a junior high teacher as she attempts to express her Christian faith that results in her facing a lawsuit from a civil liberties group in the process.

Hart, who plays the role of teacher Grace Wesley, previously told Fox 411 that she is not afraid to stand up for her Christian faith, despite living in a “politically correct” culture.

“You know, it can be a little scary sometimes to say anything. These days, it’s a talent to be politically correct,” she told the media outlet. “I find that as long as I don’t care what other people think and I stand by my values, it doesn’t matter what other people say.”

“People are going to argue with me no matter if I say something controversial or not,” she continued. “I’m going to ignore them because I have every right to say what I want to say and put out there what I feel. I don’t judge others and I’m definitely not trying to hurt anyone’s feelings.” 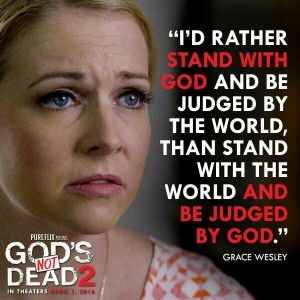 David A.R. White, the producer of the new film, has sought to defend the movie’s plot, especially after it was criticized by atheist blogger Hemant Mehta, who suggested that the film relies on “fake Christian persecution” for its storyline.

“It’s an interesting thing, because, if it wasn’t real, why do they get so offended by it?” White told The Blaze last week. “I don’t think it would annoy people if it wasn’t true.”

White told the media outlet that criticism doesn’t phase him, especially since his “God’s Not Dead 1,” a $100 million grossing film, has made such an impact. “At the end of ‘God’s Not Dead 1′ and even part two, we throw up about 50 different court cases that are dealing with similar issues right now,” he added.

For trailer and additional information please visit Gods Not Dead the Movie.