(WNS)–Insurance company Aetna announced Aug. 15 it will withdraw in 2017 from Obamacare exchanges in 11 of the15 states in which it currently operates. Aetna is the latest insurer to pull out of exchange plans offered under the Affordable Care Act, reinforcing critics’ early claims the healthcare reform package would not be financially sustainable.

The company, which cited a $200 million pre-tax loss in the second quarter of 2016, said policyholders are turning out to be sicker and more expensive to cover than expected. CEO Mark Bertolini said in a statement the company’s plans do not have enough healthy participants to help offset the costs for less-healthy customers.

“As a strong supporter of public exchanges as a means to meet the needs of the uninsured, we regret having to make this decision,” Bertolini said. “Providing affordable, high-quality healthcare options to consumers is not possible without a balanced risk pool.” 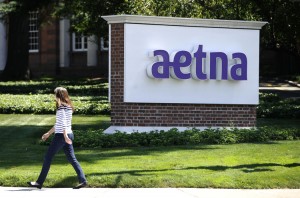 Aetna’s announcement comes one month after the Department of Justice blocked the company’s plan to merge with Humana, saying the merger would leave consumers at risk by reducing benefits and increasing premiums. Bertolini said Aetna would consider reentering the Obamacare markets in the future if lawmakers adopt some meaningful policy improvements.

In April, UnitedHealth also announced it would pull out of Obamacare exchanges in several states by next year. The nation’s largest health insurer said the company expects losses from its exchange business to total more than $1 billion for 2015 and 2016. Humana followed with an announcement in May that it will pull out of nearly 1,200 counties in eight states by 2017.

Aetna’s withdrawal will affect 20 percent of its participants, who will either have to sign up for other Obamacare plans or purchase individual insurance out of the exchanges. The recent withdrawals would mean people who receive subsidized coverage would have fewer choices, while participants who are off the exchange would face higher costs, said Edmund Haislmaier, a healthcare policy expert at the Heritage Foundation. The Kaiser Family Foundation projects the premium for an average plan could increase by 9 percent next year.

“Aetna’s exit isn’t the beginning and it won’t be the end, but it is another unmistakable sign of Obamacare’s slow-motion death spiral,” Ben Sasse, R-Neb., said in a statement. “With ugly withdraws, painful co-op failures, and rotten choices and costs, Obamacare’s collapse is crushing American families.”

About 11 million Americans currently have insurance through the exchanges, but battles continue over high costs, bureaucracy, and heavy taxation, among other problems. The Department of Health and Human Services last week said it will propose modifying the risk adjustment program to take on some of the cost for claims that exceed a set limit, funded by payments from all insurers. But with the mounting frustrations, lawmakers would either have to put more money into insurance coverage, which Affordable Care Act supporters want, or open the legislation and start making significant changes, Haislmaier said.

“If Congress can come to an agreement, the next president would probably sign it, whoever it is,” he said.