Al Kasha, the Man Who Prayed the ‘Sinner’s Prayer’ With Bob Dylan, Says the Singer-Songwriter Is Still ‘Saved’

By Dan Wooding
BEVERLY HILLS, CA (ANS) — Brooklyn-born Messianic Jew, Al Kasha, the double Oscar winning songwriter who in 1978 prayed with Bob Dylan at a Bible study in his Beverly Hills home to receive Christ as his Messiah, has always believed that Dylan never lost his faith despite the many rumors that said the opposite.

Bob Dylan made his well-publicized conversion to Christianity, went through a discipleship course at a Southern California Calvary Chapel, and produced three overtly Christian albums, “Slow Train Coming” – written in Kasha’s Beverly Hills home — “Saved” and “Shot of Love.” However, when a fourth openly faith-based album failed to materialize in 1983, a rumor was circulated that Dylan had “renounced” his faith.

But now, his album, “Tempest,” is replete with Christian lyrics and so I asked Kasha, who was with Ceil, his wife of 46 years, at the “The Pat Boone 80th Birthday Celebrity Roast,” held at the Beverly Hilton Hotel, on Sunday, June 1, 2014, if he believes that Dylan is still a Christian.

“Absolutely,” he said firmly. “Anyone who can sit and write 34 songs about Jesus Christ believes in Jesus Christ.”

Kasha, who I have to confess is one of my all-time favorite people, is one of those rare artists who, as a composer/lyricist, has had hit records over the last five decades, starting in the sixties and continuing on to the seventies, eighties, nineties and into the present, ranging from the “king” Elvis Presley, to Aretha Franklin, to Helen Reddy, Sherrie Austin and Donna Summer.

He has been awarded two Oscars and had two other Academy Award nominations for his critically acclaimed work in films. His first Academy Award for Best Song was for “The Morning After” from “The Poseidon Adventure,” and his second was for “We May Never Love Like This Again” from “The Towering Inferno.”

Two additional nominations came from the Live-Action Animated Walt Disney classic “Pete’s Dragon,” which is now a platinum bestselling home video. He also received Tony nominations for his work on “Seven Brides for Seven Brothers” and the musical, “David Copperfield.” In addition, he has received two Grammy nominations, an Emmy, four Golden Globe nominations, and the coveted People’s Choice award.

But he says his greatest achievement was when he and his wife, Ceil, became born-again believers. “We’ve been Christians now since 1978,” he told me on the Red Carpet. “We have had a Bible Study once a month for 33 years now.”

Before his dramatic conversion, and despite his overwhelming success, Kasha was consumed by his drive for perfection, and developed Agoraphobia, a fear of public and open spaces, when for long periods, he wouldn’t even leave his bedroom.

“I rarely left the house,” he says. “People always had to come see me. At this time, my wife and I separated. It’s really difficult to live with a phobic.”

Because he couldn’t sleep, he said that one night he was watching TV when he heard televangelist Robert H. Schuller of the Crystal Cathedral, in Garden Grove, California, quote 1 John 4:18, “Perfect love casts out fear.”

“I heard the word perfect, and it caught my attention,” Kasha said. “He said God is perfect, and we don’t have to be. I laid my hands on the television set and gave my life to Christ then and there.”

The next day he and his wife went to church with a friend. His wife had been brought up Roman Catholic and had converted to Judaism upon their marriage. At the end of the service, Kasha walked down the aisle to speak with the pastor. “I didn’t know this at the time, but my wife was walking down the other aisle,” he recalled. 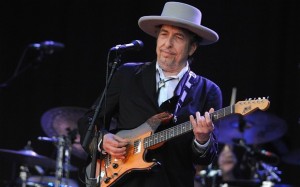 The newly believing couple started attending a Bible study at the home of Rosemary Clooney. In just a few weeks, the study was relocated to Kasha’s home and later became known as the Hollywood Bible Study. Al Kasha became an ordained minister in 1984 and, out of the Bible study, he and his wife Ceil, founded a church called Oasis Christian Fellowship.

I can attest to his rather amazing Bible study, as I would often attend it at his Beverly Hills home, with people like Keith Green, Bob Dylan, and Donna Summer, hanging onto to ever word he was saying. He would teach the scriptures in his unique Jewish style, with his two Oscars placed on his nearby grand piano.

Today, Al Kasha is struggling with Parkinson’s disease, but he was determined to come to the event to pay tribute to his old friend, Pat Boone.

I asked him why he and Ceil had come, and he said, “Because Pat and Shirley Boone are very, very, dear friends of ours. We love them so much and anyone who reaches 80 is fabulous.  And of our relationship with Debby Boone, who starred in ‘Seven Brides For Seven Brothers’ for us. So we’re very close to the Boone family.”

I then asked Kasha what he thought was the key for Pat Boone’s long career, and he replied, “Reputation, talent and accountability, but reputation is the most important, and Pat certainly has that.”

Al Kasha’s songs have graced the lips of some of music’s greatest stars, including Frank Sinatra and the king of rock and roll himself, Elvis Presley, so I wondered if thought that Pat Boone had played a role in helping to make Little Richard so successful, by introducing his “black” music to a “white” audience in the 1950s.

“Well he recorded ‘Tutti Frutti’ and ‘Ain’t That A Shame,’ which were both Little Richard songs,” he said. “But that was true of that time. They even had separate charts; the pop charts and the Rhythm And Blues charts. So even if Little Richard got the record out first, it still would only just be on the R&B charts, so Pat did make a big difference.”

Back to his debilitating Agoraphobia, Al Kasha recounted that it was Shirley Boone who came and prayed for him when he was struggling with this terrible illness.

“She came and she prayed for me and, because of her prayer, which was so powerful, it broke the thing that I had — Agoraphobia — which for people who don’t know, is a fear of groups. Look at me tonight. I have some Parkinson’s disease, but I’m handling and I’m walking out with all these wonderful people who have come to honor Pat.”

I concluded the interview by asking Ceil how people could pray for them, and she replied, “By always lifting up Al and his health, so he can keep going, because he’s got a lot of work to do yet for the Lord.”

The evening at the Beverly Hilton Hotel was held to benefit Ryan’s Reach, a charity set up in honor of Pat and Shirley Boone’s grandson, Ryan Corbin, who suffered a traumatic brain injury in 2001, and was making an amazing recovery and even attended the event. His mother, Lindy Boone Michaelis, helped to set up the group to help others with similar injuries. For more information, please go to www.ryansreach.com and to go to Al Kasha’s website, go to www.alkasha.com