ALBUQUERQUE, NM Alcoholism is “a wicked sin, just like drug addiction. You can get victory over with the help of Jesus. “

We live in an alcohol saturated culture, where the link is often made between drinking alcohol and having a good time. Unless you’re a conservative American Christian or over consume alcohol, unlike smoking, it’s socially acceptable to drink. There’s usually a drink available at many after-hours business networking functions as well as numerous other events.

People drink for a variety of reasons, some because they like the taste, others to unwind, and perhaps a number because they don’t want to be perceived as different from others in their group. 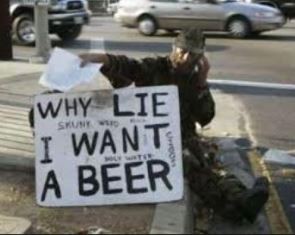 A  Google search for the word alcohol produced about 415,000,000 results. Putting the words alcoholic beverages into Google turned up about 18,600,000 options.

Some people may argue that the overwhelmingly popular genre of country music encourages drinking, which has a long history of drinking songs. Country singer Brad Paisley even released a song in May 2005 called “Alcohol.” Wikipedia describes the song, “Paisley personifies alcoholic beverages in general, describing the various influences that the beverages have on certain people (‘Helping white people dance’), ultimately stating ‘You’ll have some of the best times you’ll never remember, with me, Alcohol.’”

Another article reads, “As long as we’ve been drinking, we’ve had songs about drinking. And nowhere have the two been a better match than in country music.”

But what about those who don’t drink to have a good time, but do so to escape the miserable circumstances and other pain they’re experiencing in their lives? The first few drinks are “options,” then the addiction sets in.

Are these individuals “sinning” or is there something more going on? Sometimes we come up with a bumper sticker solution for a problem that’s much more complex.

“So is alcoholism a sin, an addiction/disease (or both), and how should we best deal with it? In addition, are some people genetically predisposed to alcoholism?” 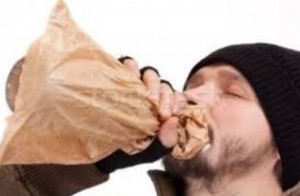 According to one perspective, alcoholism is considered a brain disease. That’s because “alcohol and drugs literally change the brain chemically, structurally and functionally. While it’s true that for most people the initial decision to partake of alcohol or drugs is voluntary, over time these substances literally change numerous aspects of the brain to the point where the individual cannot stop using or drinking even if the desire to do so is high.”

So what’s my take? It’s very simple. Don’t think you know the answer and that people could quit drinking if they really wanted to.

Learn their story by getting to know them, and before you condemn them for taking a drink in the first place, ask yourself if you could have endured what they have quite probably experienced in their lives. You might have ended up drinking more than them.

The power of the Holy Spirit is still more than sufficient to deliver, and why that happens in some cases and not others is still a mystery to me. We will probably never know this side of eternity. Until then, let’s do the loving and leave any judging up to God. He does a much better job at it than we do.