All the truth, and nothing but the truth… 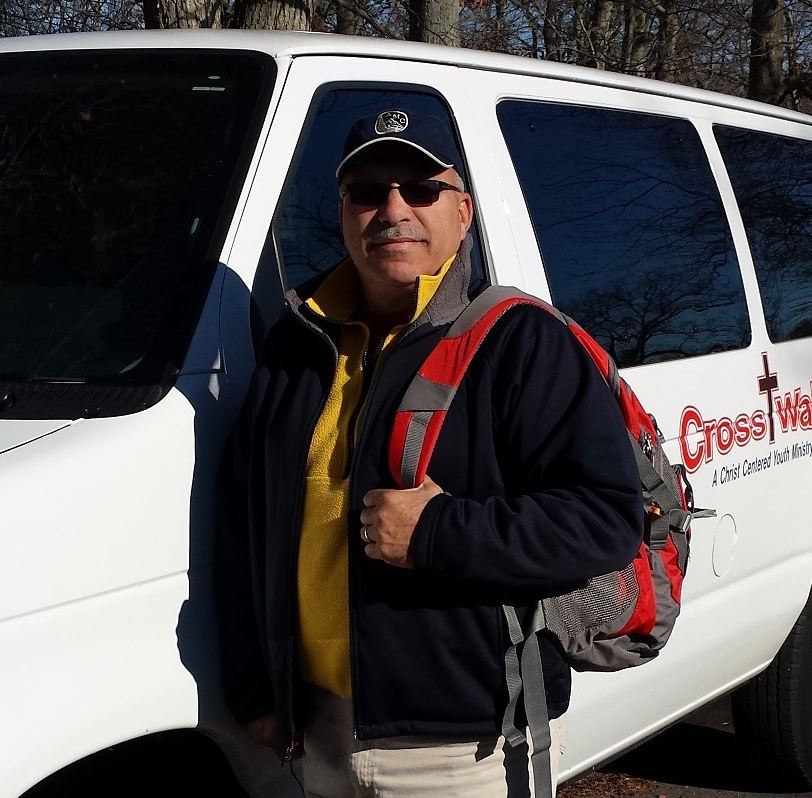 I can’t believe I’ve been writing Christian articles for as long as I have now. I often tell those who I interview, that had they asked me if I’d be writing for a Christian newspaper just ten years ago, I would have laughed at them. Well it’s all been part of my own Christian journey. And I would tell you, that journey to God’s place for me has been, well, transformative if you will. In other words, I’m clearly not the man I was before I was saved. God, and His truth, have opened my eyes to a world I thought I knew, but in which I had only been along for the ride.

The greatness of His love and grace have given me the wisdom and clarity I lacked for so long and helped me to step back into His forgiving light with confidence and renewed purpose. The bitterness and cynicism are tempered now, and while I still see the problems of a fallen world and clearly misguided humankind putting validation Band-Aids on accountability trauma wounds, I now view the hope of His birth, death and resurrection as the one true solution to what ails us as His children.

He has also reminded me of His gift to all mankind, and how that gift is free for the taking but for and to those who choose to accept it. Accordingly, the message of God’s salvation is one that must be transmitted, not in watered down and convenient messages, heard on any given Sunday, but by way of the truth, His truth. It is our charge and our responsibility to share it with as many as would hear it. To that end, I like to pray that my time writing for this worthy publication, has served that cause in some small way, and that I might be an instrument of that sharing. So, when queried regarding my efforts these days, I like to say, “God does the writing. I just punch the keys”…

“Therefore go and make disciples of all nations, baptizing them in the name of the Father and of the Son and of the Holy Spirit, :20 and teaching them to obey everything I have commanded you. And surely I am with you always, to the very end of the age.” – Mathew 28:19

Much of what I’ve written has been centered on the mission and the missionary, folks from all walks who hear the calling and respond with faith in Christ as their vehicle. Many of these followers have been inspired to plant churches in faraway lands where the Word is restricted and feared by those who would subjugate their fellow travelers to the grave. However, I’ve also spoken with Pastors who’ve chosen to raise up congregations here in America, reaching out to faithful as well as the fallen among us. Personally, I believe these local ministers fly in the face of “Main Stream Media’s” portrayal of a wounded and flailing Christian Church with declining attendance numbers. Now while some of their assertions may be a reality, that’s only because politics and the press have fostered the degradation of the nuclear family while chasing God from classrooms and town halls all across the “Fruited Plain”. Ya know, I read somewhere, that the reason for the thousands of laws we have on the books today, is that we have struggled so much with the first “Ten”.

Nevertheless, I’ve had the great honor to interview local pastors who have no time for “fake news” and agendas. These people have a singular focus who guides them in their mission and reinforces their adherence to the aforementioned Mathew 28:19, and He is Christ the Lord. Now as the years have passed, my editor has sent me back out to check on these Christ followers and to update you all on their progress and plans. It’s a special thing I am blessed to do, going back into the mission field and witnessing firsthand the many wonderful things that are happening in His name, as well as the growth factor with many of these churches and how their individual successes often lead to new churches, new adventures to promote the Word of God, and possibly make a difference in someone’s life.

From Crossroad Ministries, “The gift that keeps on giving”…(Retired Police Detective John Ferreira’s nearly 40 years of law enforcement left scars to be sure. Moving past those scars was challenging. And not unlike many others of his profession, John was initially disinterested in the way our Lord had chosen for him. In his own words, it was an 18 year road of twists and turns which led him to Christ. But this father of two boys who married his high school sweetheart would eventually submit to the power of that which God had put on his heart, and there would be great things to come).

I wrote about John some six years back, highlighting his efforts on behalf of our posterity, and his passion to leave no child of God behind. As a police officer, John clearly saw his share of this life and the tough punches it can throw us. His cynicism mirrored my own and shaped his desire to do more than just “respond”. “Kids for Christ” became “Crosswalk”, and through these ministries John spread the Word and lead young folks down God’s intended road for them. Well he’s gone a bit further these days and is reaching deep for the truth that he tells me is as plain as the nose on your face, if you choose to accept it. 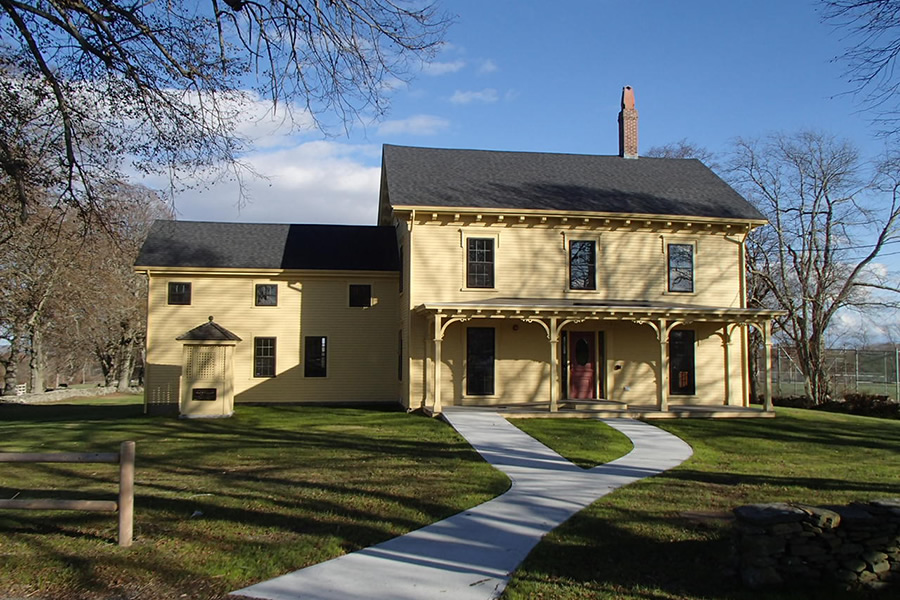 I spoke with him again just before Christmas to catch up and check in on his latest mission for the Word, “Island Christian Fellowship in Portsmouth RI”. Apparently, bringing our posterity into the light is not the only thing God was going to put on this man’s heart. It’s ironic to say the least that I’ve been struggling with the deeper meanings of the Bible, more specifically the threads which bind the Old and New Testaments. And as if on cue, my editor sends me back to one of my interviewees who can set me on the right path to the answers.

Since our last conversation John has been going deep, researching the Word and teaching the truth of the “Seventh Day Sabbath” as God’s special time and memorial of His creation, #4 “Remember the sabbath day, to keep it holy”. We talked about how Jesus spoke, not of changing the Sabbath, but rather changing ourselves and how we observe it, not in an “orthodoxy” sense of correct doctrine, so much as a “Ortho-praxy” view, in that it’s about our behavior and how we may better project the truth of the Sabbath by way of our own actions and interactions.

John and I talked about the truth of the times we’re living in and how they mirror prophecy, and that his training as a detective simply doesn’t allow for untruths. For this reason, John explained that he wanted to create a fellowship where like-minded Christians, who desired to know the truth of the Sabbath and how it relates to the times we are living in could gather, learn and even go on to preach that truth themselves.

Sadly, John and I lamented on the fact that many a pastor and church are oh so comfortable in their weekly service and the security of a message that is in keeping with “tradition”. He told me of several interactions with local churches and pastors as he went about trying to find a fellowship to embrace the truth of the Bible, where he sought NOT to impede or complicate the weekly message, but rather only to enlighten their congregations with important truths of Jesus’s teaching. Instead he met with the fury of those who felt challenged by the message, even threatened. In some instances, he was even told that he wasn’t a true Christian, all because he meant to make weekly service more than just comfortable and convenient words.

John and I went even deeper and talked of the Great Apostasy, (falling away) and how God was once again “calling us out of Babylon”. And though he reiterated the simplicity of the Sabbath and its meaning, he told me that “He couldn’t necessarily unlock the verses and meanings with the keys he was given”, thus “He would wait on the Lord to guide him and show him the way. In fact, God has done just that and continues to bless John with the things he needs to carry the Word forward. A lovely old home in scenic Portsmouth as a gathering place and the finances he needs to see it through. Hearing the passion in his voice gave me confidence that what I hear on the news about the Christian Church being a thing of the past is nothing of the sort. There are clearly those who are spreading the word, and who are even willing to challenge the status-quo to ensure the truth of God’s Word.

To that end, John conducts periodical “seminars” as he calls them, three Fridays in a row as he observes the sundown to sundown timeline set out in the Word. They start at 7:00 PM and last anywhere from one hour to an hour and a half. At these information gatherings John unlocks the truth of the Sabbath and leaves the attendees with a new appreciation for Christ’s words, many coming to him and asking how they may get family and friends involved. John sounded both frustrated and enthusiastic as he reiterated that its all there for the reading, and that once its explained in the proper context, the receiver will go forward with newfound wisdom and love of God’s instructions.

And so as was the case before, and according to John from the first time we spoke some six years ago, God has provided the tools and translation, and he has the ball, all while still working his police details and dedicating his off time to his family and message. And while he is sometimes perplexed at the fact there seems so much indifference to his effort, he has been able to establish his own fellowship place where he can do as the Lord has instructed him, and plant that seed in the hearts and minds of those he teaches, moving them to carry it forward.

Stay the course John, there are those of us who are aware of the complacency in our time, and how at times truth is often portrayed as the new hate speech. And sometimes that ignorance bleeds over to our church’s and fellowship halls. But it’s reassuring to know that His Word is always truth, and that folks like you will keep it and spread it as we are called to do. Indeed, we are being called out of Babylon again John, and we’d better get it straight this time.

If you would like more information on this transformative message, as well as dates and times to fellowship with John, you may reach him using the following. A happy and safe 2020 to all of you! God bless…