Aluminum in vaccines shown to cause neurological damage 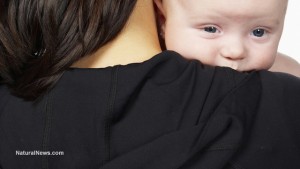 (NaturalHealth365) Aluminum is not natural to the human body, and the known ‘safe limit’ is only 25 mcg.  So, with this in mind, why are vaccine makers allowed to deliver nearly 5,000 mcg of aluminum into the delicate systems of newborn babies by the age of 18 months?

Aluminum’s stated function in vaccines is as an “adjuvant” to assist in the vaccine’s ability to have long-term effects in the body. While ingested aluminum can be expelled (fairly rapidly), the injectable type of aluminum used in vaccines stays in the body much longer. It has also been found to impact the nervous system in many harmful ways.

Researchers looking into this matter injected correlating amounts of aluminum into the bodies of mice to see what would occur. The mice quickly showed negative health effects including behavioral changes and deficits in motor functioning. They also showed cognitive problems directly related to being injected with aluminum.

When the mice were autopsied, major damage to the motor neurons in their brains and nervous systems were observed. These kinds of damages are precursors to conditions such as Parkinson’s disease, Lou Gehrig’s disease, and Alzheimer’s disease down the road.

When the researchers published these findings, they expected a strong reaction and positive action to be taken by both the FDA and vaccine companies. However, they were met with total silence.

When approached directly with the findings of Dr. Shaw’s study, the FDA’s disturbing reply was that they didn’t believe his paper brought to light a need for additional research. (Can you believe this?!)

Dr. Shaw explains how it all unfolded here:

Aluminum toxicity has already been linked with the autism epidemic. A 2013 University of British Columbia study found a strong correlation between autism rates in young children and those who received aluminum-adjuvanted vaccines.

The U.S. government knows about aluminum toxicity, yet continues to push childhood vaccination programs. Despite skyrocketing autism rates and demonstrated issues with aluminum-adjuvanted vaccines, these shots are still being promoted and injected in our nation’s future generation when they are at their most vulnerable.

Again, the “safe” level of injectable aluminum is 25 mcg or less, and only 10 mcg for premature babies and those with kidney conditions. Yet newborns are routinely given a Hepatitis B injection immediately after birth, exposing them to 250 mcg of aluminum their first day.

Babies then receive a second Hep B shot a month later. At two months old, an extremely large round of vaccines is given. It is estimated that the total amount of aluminum infants receive at just two months ranges from around 300 mcg to 1,225 mcg.

There are more vaccines given at ages four and six months, and the shots continue. Some estimates put the total amount of aluminum exposure by 18 months close to 5,000 mcg.

Bottom line: The injection of toxic aluminum has to stop. Our nation’s health, well-being and future depend on it.