America Closing In On Civil And Global War

America is edging closer and closer to both civil and global war.

There isn’t much unity in the “United” States these days. Resentment, bitterness, anger, and hatred in people from the left and the right are growing exponentially by the day. The liberal media, such as the Washington Post, CNN, MSNBC, etc., are constantly flaming hatred against conservatives and Christians. And the so-called conservative media, such as FOX News, Alex Jones, etc., are flaming hatred against liberals and Muslims. Both sides are equally hate filled. And both sides are equally manipulated by globalists.

It is no hyperbole to say that the days leading up to the War for Southern Independence were no more volatile than the days in which we live today. America is literally tearing itself apart. The globalists, who are experts at dividing people and turning people against each other, are truly having their way in America today–maybe more than ever.

For years, people seemed to see through the whole left/right, Democrat/Republican, liberal/conservative paradigms. But since last year’s elections, that whole phony, globalist-created system is back with a vengeance. 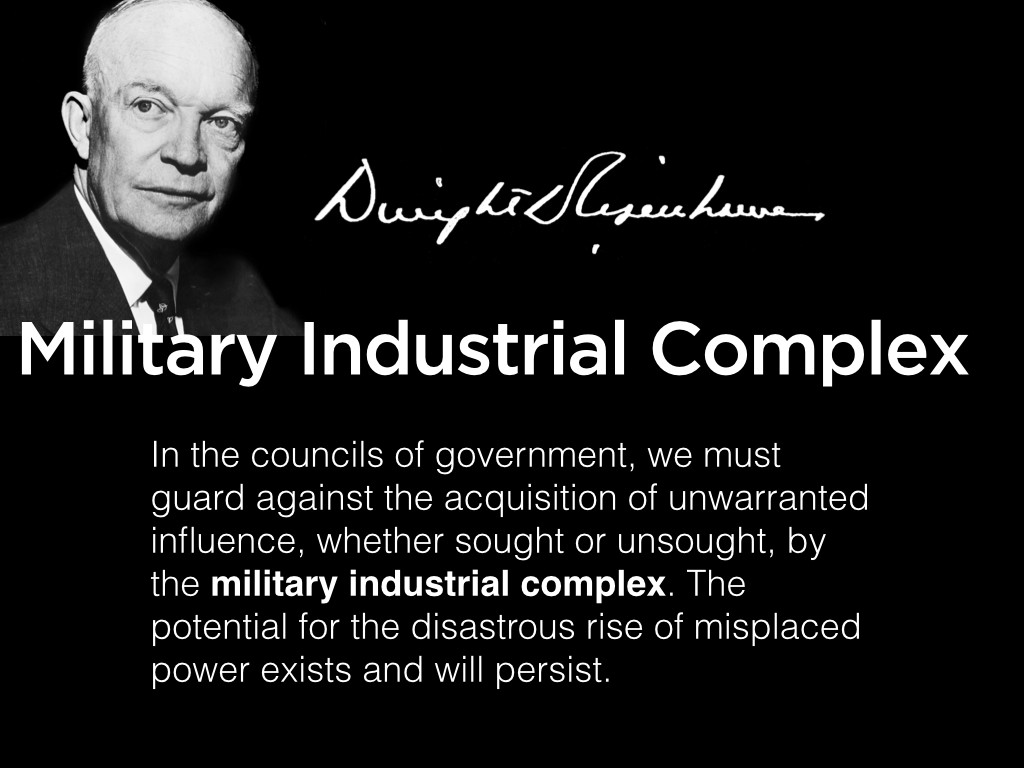 At the same time, the Trump White House has quickly taken us to the precipice of World War III. While claiming to fight terrorism, Trump is sending over $500 million (the actual figure is up in the billions) of military aid to one of the BIGGEST sponsors of terrorism in the Middle East: Saudi Arabia. He is helping the House of Saud commit genocide against the people of Yemen; he is launching missiles into Syria; he is bombing Syrian troops (these troops are among the ones truly fighting ISIS); he is shooting down Syrian jets; he has U.S. and NATO troops playing war games on Russia’s borders; and he is all but promising to go to war with one of Russia’s closest allies: Iran–and for what reason? Donald Trump is doing just about everything a U.S. president can do to ignite war with Russia (so much for his campaign promise to foster friendship with Russia and to hold Saudi Arabia accountable for their terrorist atrocities).

Writing for TheWeek.com, Ryan Cooper opines, “An all-out nuclear exchange between the United States and Russia is one of the few things that could threaten human extinction. Hundreds of millions, perhaps billions, would be killed in the immediate attack, blowing the world economic system apart, and beginning what would probably be several years of nuclear winter, devastating agriculture. People might survive in remote locations . . . . It would be the worst disaster in history, by several orders of magnitude.” 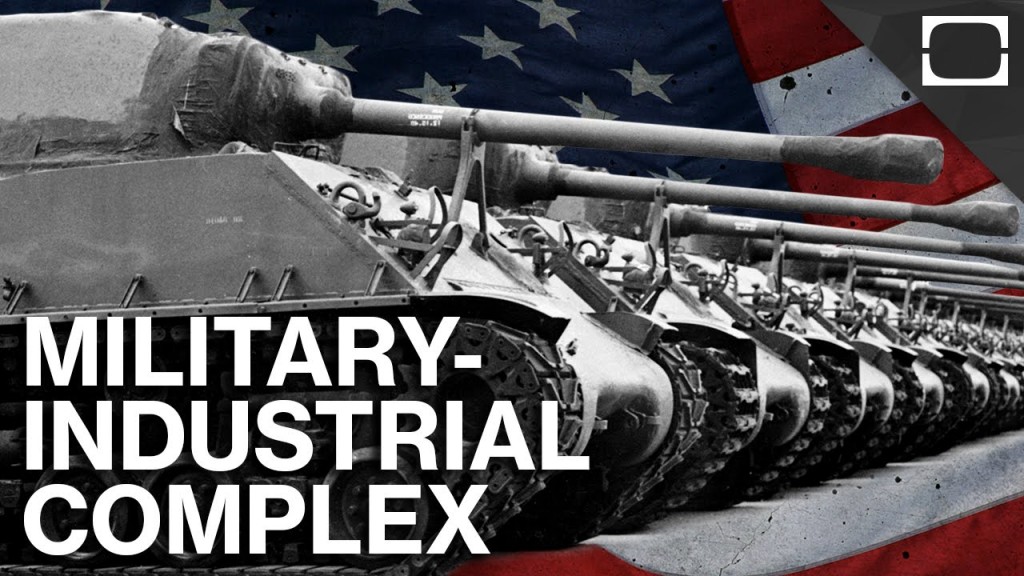 Cooper continues, “So what are we doing in Syria to justify ratcheting up tensions with Russia? The prospect of nuclear warheads a mere few dozen miles off the American coast [with the Cuban Missile Crisis] was at least a comprehensible strategic threat. In Syria there is not only no strategic threat, there is not even a realistic American objective of any kind.”

See the column here: Memo To America: You Should Still Be Terrified Of World War III

Whether Trump is naive, foolhardy, and reckless or whether he is a brilliant globalist plant who–along with a faux opposition media (and a gullible conservative media)–pulled off a masterful deception on the American people last November, only God knows. It really doesn’t matter. The results are the same: America is on the verge of exploding–internally and globally.

Here is what’s nagging me like an itch that won’t go away: Contrary to his campaign rhetoric of wanting to “drain the swamp,” Trump has loaded his administration with establishment toadies, neocons, and globalists. These are the same ones who are ostensibly giving him so much trouble now. Like Trump was not smart enough to know what these people were all about before he appointed them. Right!

Here is the current list of CFR members and fellow travelers and Bilderberg attendees Trump has appointed to his administration so far (the number surpasses the number Barack Obama appointed, by the way):

But the one to watch out for the most is Vice President Mike Pence. Right now, the subject being talked about the most in private discussions inside the Beltway is the speculation that Trump is going to resign at some point and turn all of this chaos over to Pence, who will then become the hero who will restore calm and stability to D.C.–and restore the globalists’ quiet control over the U.S. government at the same time. Of course, the discussions rarely mention the globalists. Globalists are like the devil: everyone knows he exists, but no one wants to talk about him.

Here is a sample of what I’m talking about:

And as noted above, and just like every president (of both parties) of recent memory, Trump has already put the globalists’ lackeys in key positions of government.

If G.W. Bush was the “decider-in-chief,” Donald Trump is the “delegator-in-chief.” Trump has conveniently turned the vast majority of day-to-day decisions (including decisions on who to kill) over to the likes of Jared Kushner, James Mattis, Mike Pence, et al. Oh, yes, and his daughter, Ivanka Kushner.

And speaking of G.W. Bush, Pence could be his political and ideological twin. Pence is a professing Christian with a mild and affable demeanor; and more importantly, like Bush, he is a trusted globalist insider. Of course, right now, no one knows for sure how deep Pence’s globalist roots go. But for globalists to be raising his stock in Washington, D.C., and already referring to him as “President Pence,” it is safe to assume that Pence has been well-schooled and well-groomed by the globalist elite. 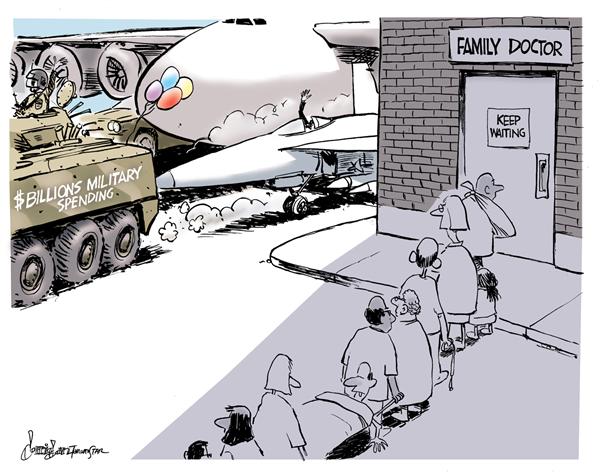 Of course, Bush’s family is a royal family of the New World Order. Their globalist lineage goes back to supporting Adolph Hitler and the Nazis in World War II. For all intents and purposes, the Bush family–maybe more than any other single American family–INVENTED the neocon movement (which is little more than Americanized fascism) in this country.

Most “liberals” hate Donald Trump; and most “conservatives” hate Hillary Clinton. Plus, rank-and-file “conservatives” nationally were fed up with establishment toadies such as Jeb Bush, Marco Rubio, Chris Christie, Mike Huckabee, Newt Gingrich, Lindsey Graham, et al. But they were perfectly content to accept the little-known, small-State “conservative” governor as Donald Trump’s second. After all, who really pays much attention to the vice-presidential candidate in a presidential campaign anyway?

But Mike Pence is the guy who would be able to appease liberals and sedate conservatives–just like G.W. Bush. But unlike Bush, Pence could never have won the election last year. So, how clever it would be to let the “outsider” Donald Trump carry this insider to the White House and then, in the midst of political turmoil, civil unrest, and impending global conflict, turn the reins over to the guy that the globalists wanted in the White House all along. And if Pence became President, just watch: political division, civil unrest, and global conflict would largely dissipate (except for the radical left, who, like the radical right, cannot live peacefully with themselves, much less anyone else). Calm would be restored, and the globalists would be able to quietly go on about their work of constructing their utopian New World Order without opposition from the “little” people.

“Far-fetched,” you say? Maybe. Maybe not. But one thing is certain: America is as divided as it has ever been. And there is not the slightest doubt in my mind that the shadowy powers-that-be are manipulating the right and the left, Republicans and Democrats, conservatives and liberals, and Christians and Muslims like pawns on a chessboard.

In the meantime, America is edging closer and closer to civil and global war.

P.S. Let me remind readers that we are currently shipping THE FREEDOM DOCUMENTS. We compiled and print these documents in honor of Independence Day. This is the great compilation of America’s most important historical documents in ONE VOLUME. Such a volume does not exist anywhere else that I know of. Our supply is very limited and will not last long. Order now: THE FREEDOM DOCUMENTS