America heading toward a bad case of the Blues 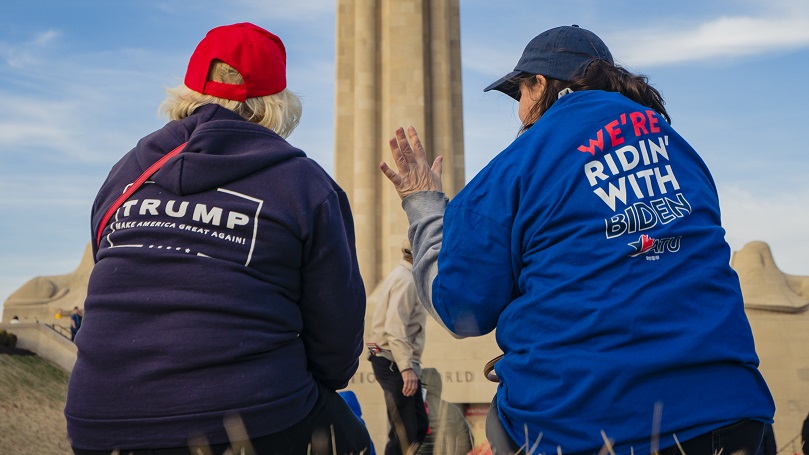 A tea party activist says patriotic Americans need to stop worrying about the coronavirus and, instead, start worrying about losing their freedoms under a Democrat-run federal government.

During an interview last week on Fox News Channel’s “Hannity,” House Minority Leader Kevin McCarthy (R-California) issued a warning to the American people. He stressed how crucial it is for Republicans to win big in the fall because otherwise, as he put it: “I don’t know if we’ll ever have an opportunity to win it again. They will change the rules of the game.”

Senator Ted Cruz (R-Texas) voiced similar concerns on Sunday, warning in a video that if Democrats take Texas and its 38 electoral votes on November 3, “it’s all over” for the Republican Party in national politics:

Cruz: “We’re at a crossroads. The future of our country and the American dream are very much at stake in 2020. We’ve never seen anything like this …. Texas is the single biggest target for the left in 2020, politically speaking … Texas is the key to national domination for years to come.”

RealClearPolitics currently rates the Trump vs. Biden race in Texas as a toss-up, with a mere two-tenths of point separating the two in an average of recent polls. The second-term senator went on to state that many freedoms and rights are at risk of being lost should Democrats win back the White House and the Senate – rights such as free speech and religious liberty, and the freedom to bear arms to protect one’s self and family.

Tom Zawistowski, executive director of the We the People Convention said the choice is clear. “You need to clearly understand: the left has gone all in because they know if Donald Trump gets re-elected that we’re going to purge them from our country, starting with the deep state,” he began.

And Congressman McCarthy is 100% right, he continued. “[If Democrats win,] America is over – there is no rule of law; there are none of the values we have; there is no U.S. Constitution; there’s open borders, globalism, the speech police; and there’s communism. We’re Venezuela – that’s the difference.”