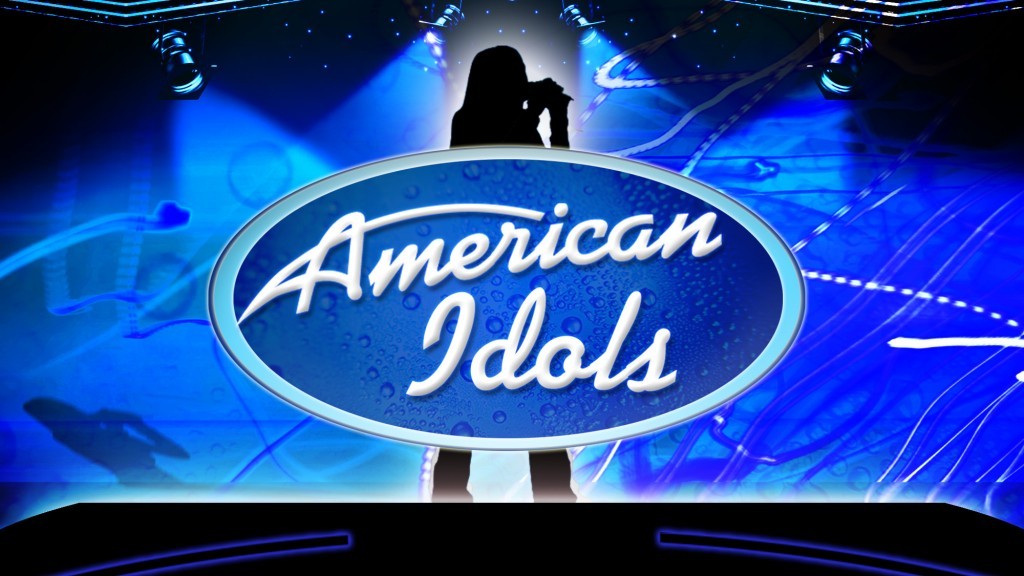 Throughout all of man’s history, man has always found a god to worship. One god, or a conglomerate of many gods, mankind has always found someone or something on which to bestow their adoration or worship. Some of wood, some of stone, some heavenly, stars, planets, etc. Some fleshly – pharaohs, Caesars, kings, emperors, religious leaders, political leaders and others.

A few blessed nations were given the true origins of life, and taught about the only true God. The Creator of all things both known and unknown. It’s truly unfortunate, but nonetheless a truism that all nations and cultures, whether blessed with the knowledge of the One True God or not, have always turned away from the truth to idols and false gods, and in turn have damned themselves and their children. From being wise to being fools. (Romans 1:22) Although real h   istory reveals the fact that the societies that taught the “right” worship of the one and only true God of creation prospered and flourished for at least a brief period. Right up until they forgot Who it was that prospered and blessed them. (Hos. 4:6) The one thing that came as a blessing that seems to be the single most destructive force that destroys a nation and societies is prosperity! (Hos. 4:7) All nations that prospered eventually became lazy, apathetic and indifferent to the power and authority that gave them the ability to prosper and live in peace. We were warned in Deut. 8:17-20 and Matt. 6:33.

Let’s look at a few names mankind has given their gods over generations from different nations and cultures. Please keep in mind that most nations and societies were never given the blessings of knowing the One True God and His laws and the blessings that follows obedience to these laws. Psalms 9:17 does not apply to them at the same level as it does nations like Israel, Europe and America. Most of those cultures and societies that never know the One True God and His laws became what we know today as “third world nations”. Poverty, diseases, immorality, slavery and tyranny are usually the best nations that never knew Yahweh God, can hope to attain for themselves. This list of nations and their gods is nowhere near a complete list: 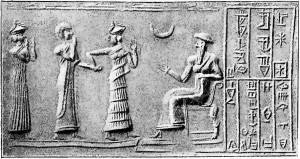 1. Osiris: God of the dead.
2. Isis: protective goddess. Also wife of Osiris. Their offspring was Horus.

All pharaohs were considered a living Horus. (Civil authority became god.) Egypt had at least a dozen more gods that fulfilled different roles.

1. Aether: The god of the upper air and light.
2. Chaos: The nothingness from which everything else came.
3. Eros: The god of love and attraction. (Where the word “erotica” came from).
4. Gaia: Goddess of the earth. Mother earth. (Same as New Age earth worshippers in saving the earth by reducing population, etc.)
5. Phanes: The god of procreation.

The culture worshipped fifty or more gods or goddesses.

Folks, volumes could be written just covering false idols, gods and goddesses and their “duties” and how they were worshipped. Let’s take a look at two more cultures. Both of which knew and followed the Only True God of all creation, but turned their backs on Him to follow false gods. In most cases when the false gods were initially introduced, many people refused to follow them, but over a few generations, the false practice of pagan worship became acceptable and the word of the True God was forgotten (Hos 4:6-7) With great blessings comes great duties and responsibilities. (Luke 12:48-49). Straight forward warnings and severe punishments are given to a people who once knew the True God but turned away from worshipping Him. (Ex. 20:1-6, Deut. 28, Ps. 106:34-43), just to name a few.

Some false gods and idols Israel turned to and the scriptures where they are mentioned:

As in Israel, so too in America. Same gods and goddesses, just different names. It is truly sad and unfortunate, but true. All nations that once followed the True God of Creation, as America did for a brief time, and accepted His salvation through His only begotten son Yashua (Jesus Christ), and followed His laws that cover individual ecclesiastical and biblical laws have been abundantly blessed. Sadly America has turned away from Him to their own means. (Hos. 4:67) Evolution of nations from liberty back to tyranny by Alexander Tyler makes the point very clearly. (Jer. 5:30-31

America, in just a brief period of time turned their backs on following God’s righteous laws, judgments, and justice and started worshipping a new god they named “We The People”. For a brief period of history, even under this new god, things went fairly well because most of society remained mostly moral. But that soon changed. Although we were a nation brought forth by God Almighty, and followed His righteous laws, our true founding fathers in the colonies refused to make any laws in “addition to” God’s law because they recognized the sovereignty of God in all spheres of life. Even the now “Christianized” thoroughly pagan holiday of Christmas and Easter were forbidden. Our original “Founding Fathers” knew this was an abomination to God Himself. 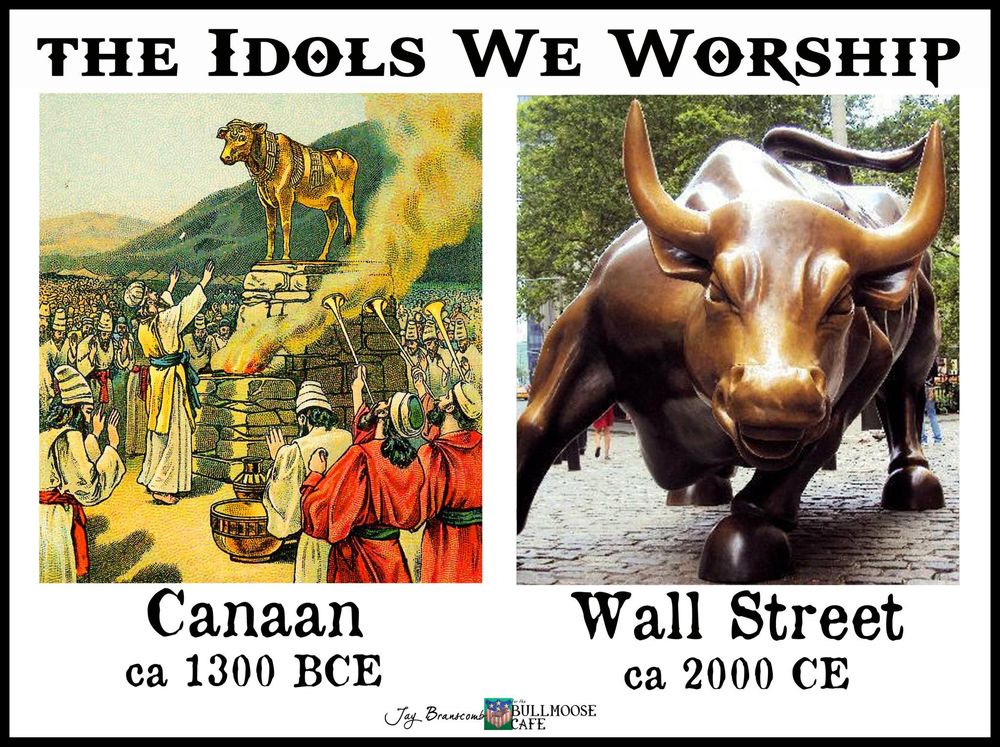 Just a few short years after “We The People” became our own gods, men’s main desire was for wealth and power. The men that the people “chose” to rule over them became corrupt and greedy. Men started turning to their elected “officials” to do what Israel wanted in I Samuel, chapter 8. In 1861, another war of independence was fought and lost. For whatever reason, God did not allow His people to divide again over taxation and control. (See, I Kings, Chapter 12).

America, for many reasons, soon became the most prosperous and powerful nation in all of history. For a long while after the new god of “we the people” was introduced, America still grew and was blessed because of the moral foundation that was laid by our once Christian founders, the colonists. De Tocqueville made this truth very clear in the following statement:

“I sought for the key to the greatness and genius of America in her harbors…; in her fertile fields and boundless forests; in her rich mines and vast world commerce; in her public school system and institutions of learning. I sought for it in her democratic Congress and her matchless Constitution.

Not until I went into the churches of America and heard her pulpits FLAME with RIGHTEOUSNESS did I understand the secret of her genius and power.
America is great because America is good, and if America ever ceases to be good, America will cease to be great.”

Soon though, the people heard the siren cry of man’s benefits to save them from poverty, sickness and too much “responsibility”. No need to plan for the future. Our newest and biggest idol ever, government, will provide! Need food, shelter, clothing, children’s education, health care and more? No problem! Just put your trust in your benevolent and all-wise “gods” and they will provide for you from the womb to the tomb! At least, if they want to. All you have to do in return is obey! After all, “obedience is worship” and “worship is obedience”. (Romans 6:13 & 16, Acts 5:29)

Now our idols, gods and goddesses can tell you that the God you once served no longer exists or is irrelevant. Very few resist! After all, if they do, they will lose their benefits and lazy way of existing! It seems that most of God’s people have forgotten Christ’s teaching in Mt. 6:24-34.

Never fret, America, the gods we call Republicans, or Democrats, or Greens, or Independents or others will save us! Just support who in your mind is the lesser of evils! Never mind God’s word on how to choose your leaders in Deut. 17:14-20. After all, things have changed. Our idols and gods have changed for sure! But folks, God’s Word will never change. He will never change His mind or will! Ps. 119:89, Mi. 3:6, James 1:17, Rev. 1:8)

America – End Time Babylon – has been weighed in the scales and has been found wanting! (Daniel, chapter 5)

Feel free to contact Pastor Butch with any questions or concerns. Tune in to his broadcast Monday-Friday at 9:00 PM Est. Also on your computer on www.gcnlive.com. Check out his website www.pastorbutch.net for all other stations where he is broadcast.